Save the earth by planting space vegetables on a derelict planet, in the shadow of a red dwarf. You only have 5 minutes before the planet plunges into a 5000 year winter.
Build drills to get seeds. Plant the seeds. Complete the microgames to harvest the space vegetables. 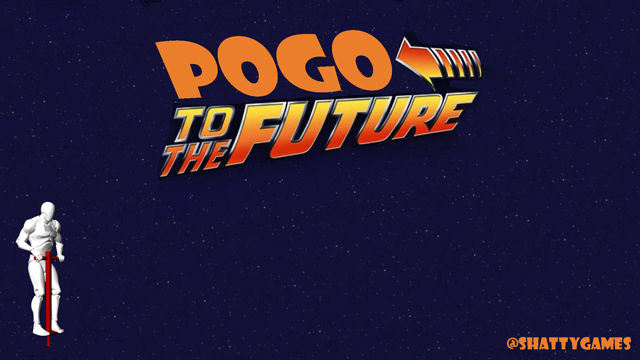 Description: Marty’s favorite pogo path is under construction. Luckily, there are portal to the future when construction has completed. Go quick, though, because the portals are temporary. Watch out for pesky obstacles.

Game notes: Can be a little buggy. What else is new. Playtime ~ 2 mins. “Needs more game!” - Michael Allar
Jam Notes: Most stuff either from the Marketplace or by me. Packs include Starter Content, Speedtree Free, Free GT Material Pack, Infinity Blade assets, Supergrid (firt time using this and it is awesome) Other random things: http://opengameart.org/, freesound.org, dafont.com

Edit: After watching Allar, Celeste, and JV play through I learned that timeline updates are frame dependant. This makes the timing incredibly broken. Sorry about that. But, that’s the whole point of the game jam to learn something new.

***** GAME GOAL *******
The first rocket to the moon is being builded. But some oppositors are putting pressure to cancel the project. You have 2 minutes to finish and launch the Rocket before its contruction is cancelled.
– Grab and Drop Coins in the Rocket to add money (construction moves faster)
– Grab and Throw Rioters Far from the Rocket! (avoids Burocracy stacks, which slows construction) Are you bored of friends that are bad in co-op multiplayer and always die? This physics based single player co-op puzzle parkour game makes you that friend! The idea is that you spring into the future, sometimes 10 seconds, sometimes 20, from a black hole. After spending that time in the future, the hole takes you back to the moment you jumped there. Well, you get it all when you play it. You also have a nice watch.

Controls:
WASD to move, space to jump.
You need a mouse with a middle button.
Game teaches all else.
**
Third party assets?**
Some royalty free sound fx from internet & Music that is made by my friend (doesn’t belong to the team).
Everything else I created.

Getting stuck too badly or just bored to download and play it? Here’s a runthrough video! 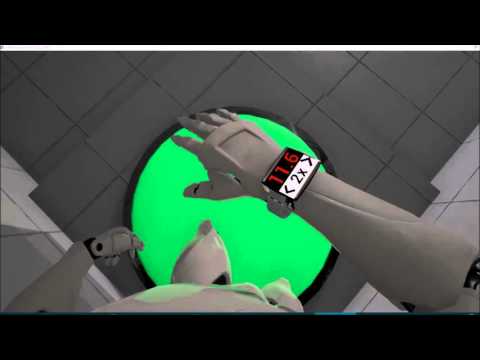 Defeat all 7 waves to win. 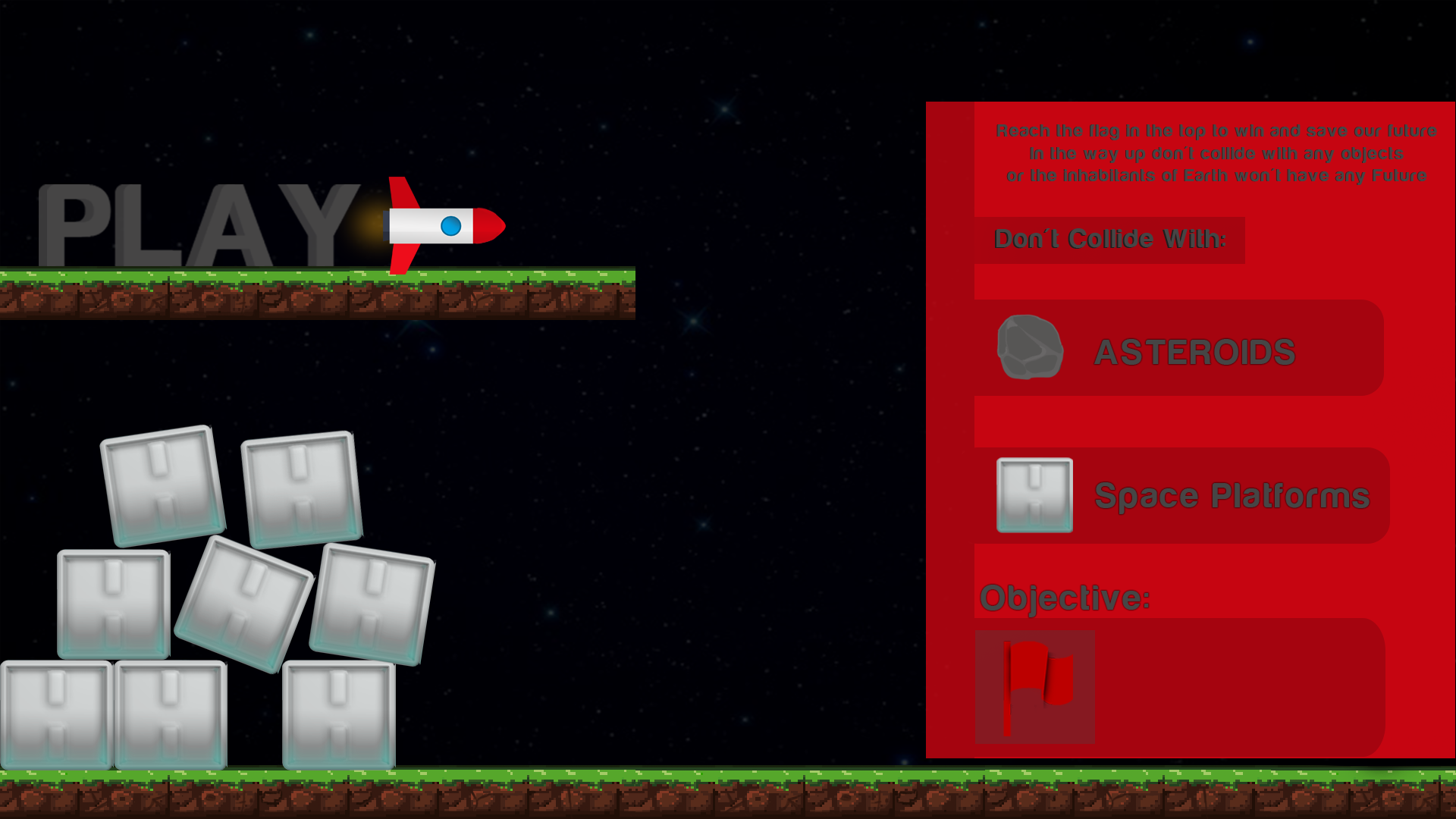 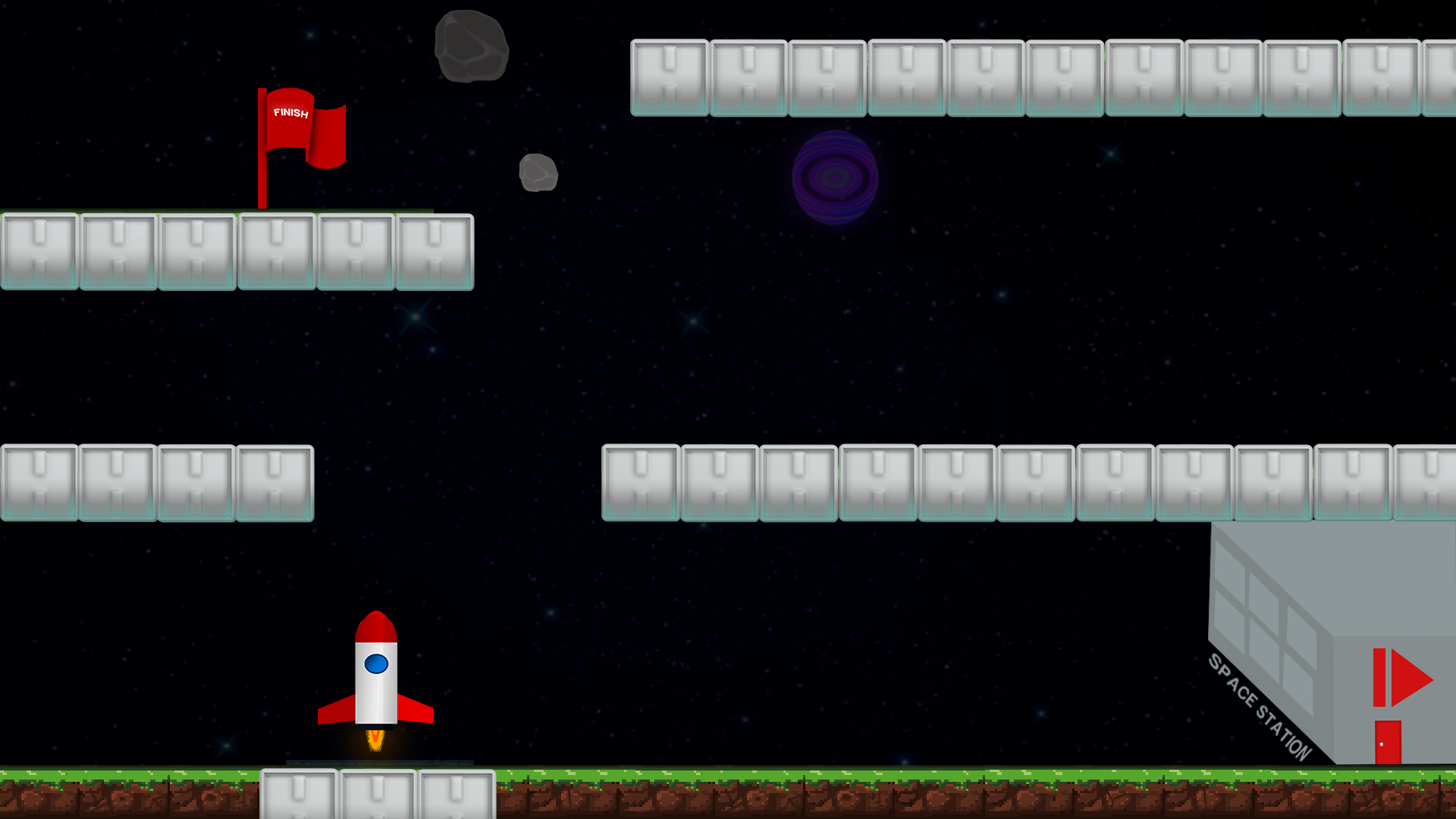 Team name: No Idea Team
List of team members:
Miguel Merayo
Isidro Jose Rodriguez
Daniel Espino
Project name: Sprint to the future
Description:
In this game you are fighting on a time race, your objective is to jump through time. Every time your jump with full charge you will jump to another age (higher difficulty). If you charge is over 20%, you can also use the charge to avoid obstacles.
Bar colors:
Red - Jump is not ready
Blue - Only avoid obstacles ready
Green - Ready to time travel (increase difficulty)
We haven’t been able to add all the futures we would like, like having different obstacles in different ages, having some cool effects, but we think the game is playable.

We hope you enjoy it.

The year is 2176. The entire world has been
industrialized, except one place. Spring Island.

On Spring Island, it’s Spring all the time. But the
island is under attack. With the blessing of
the Spring Spirit, you can fight back.

It’s up to you, a resident of the
island, to defend the last place on Earth
where nature is free.

Credits
Only non-original asset is the UE4 Mannequin and its animations.

Notes
Each of the three power-ups have a 1/20 chance of spawning when you kill a Bot.
This was my very first game jam (and my first completed project) and it was very fun, as well as a fantastic learning opportunity. I will definitely be doing it again. Best of luck to everyone who submitted an entry! 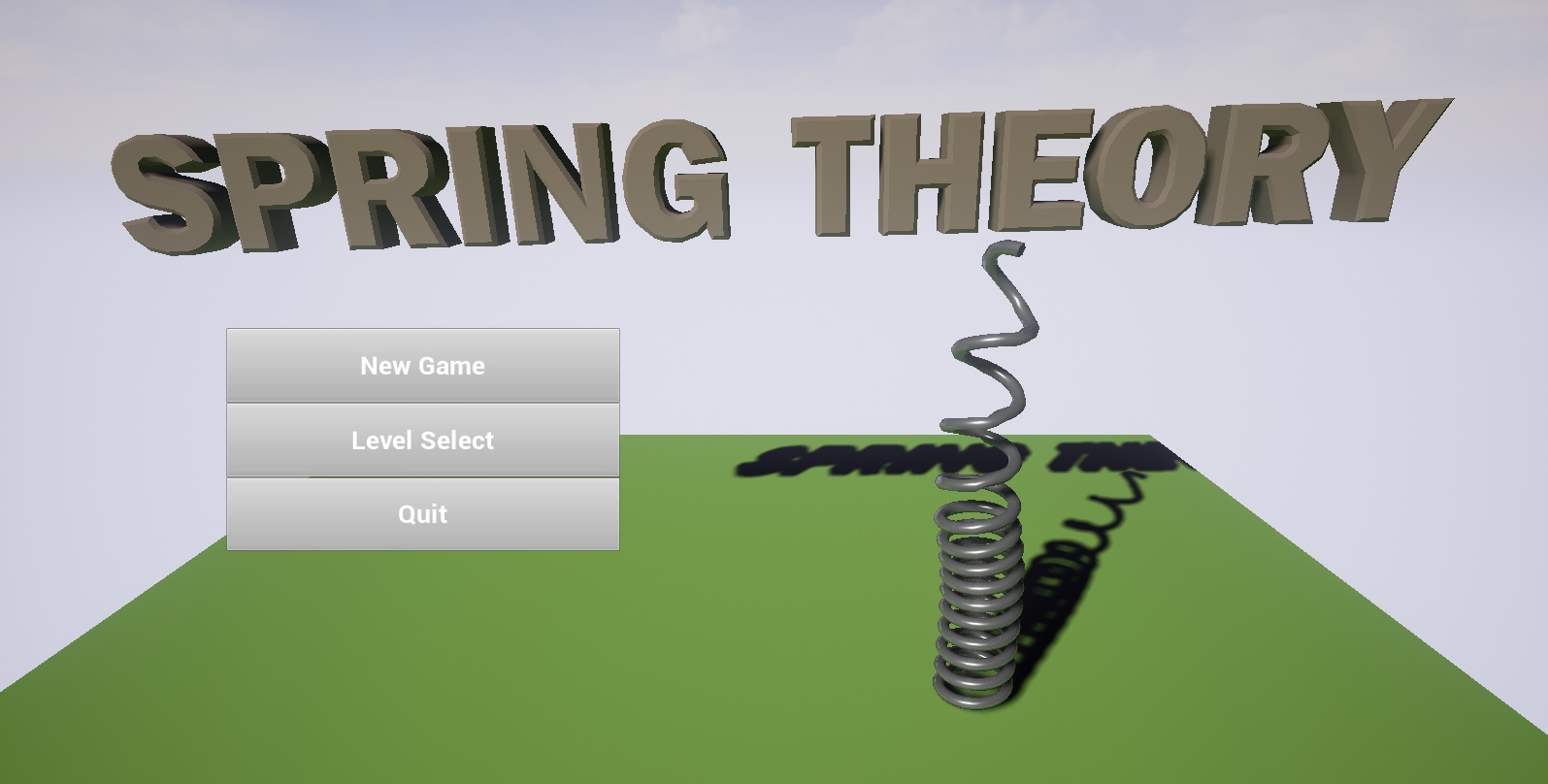 You are Springkind’s last hope, after an evil dictator takes over the world the only option is to use the time machine and take him out before he can enslave springkind. However a malfunction occur’s sending you too far into the past. You now have to fight your way back to the future.

Spring in the Future

Game : Pollinate all of the Flowers before The Sun sets.

All assets and code created during the Jam except for the windmills which I made previously and the menu with is an updated version of the menu from my last Jam. One sound effect from ZapSplat and Font from 1001Fonts. 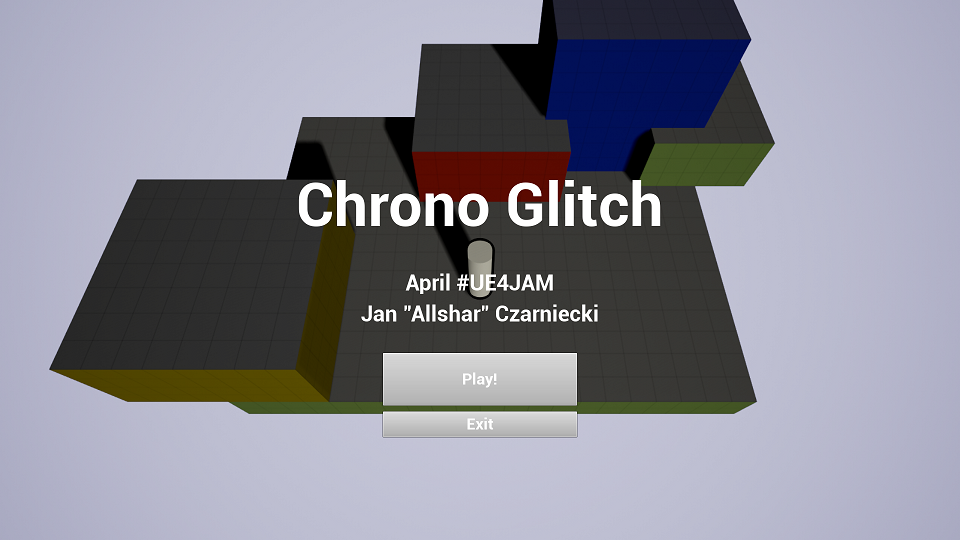 The purpose of the game is to mate with as many people as you can through the generations. You take on a child of the next generation and try to live for as many generations as possible. Walk up to other people to mate with them, just spend a few seconds near them without leaving their side. Avoid people with infections (white light is good, anything else is bad) and people of the same gender, also don’t take too long to mate or you’ll slow down and die as well.

Normal WASD controls, you can also press ‘K’ to quit. 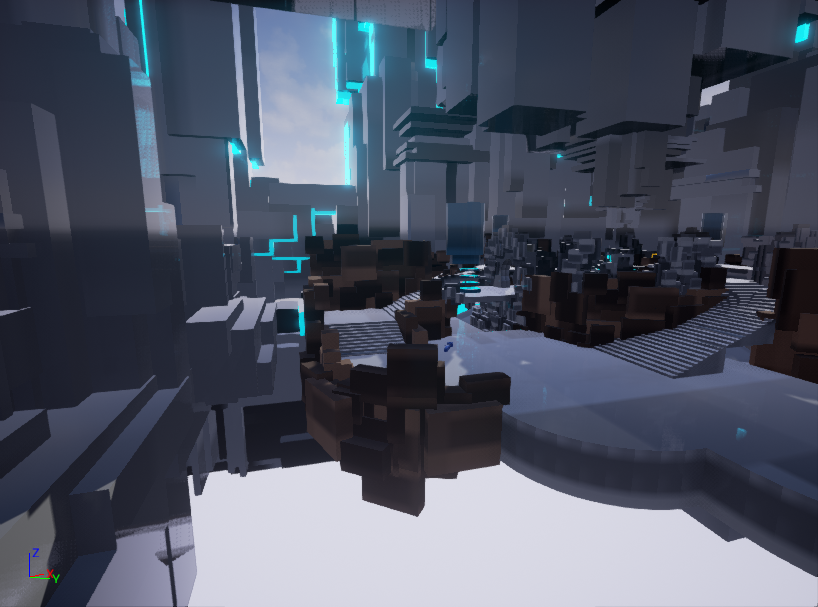 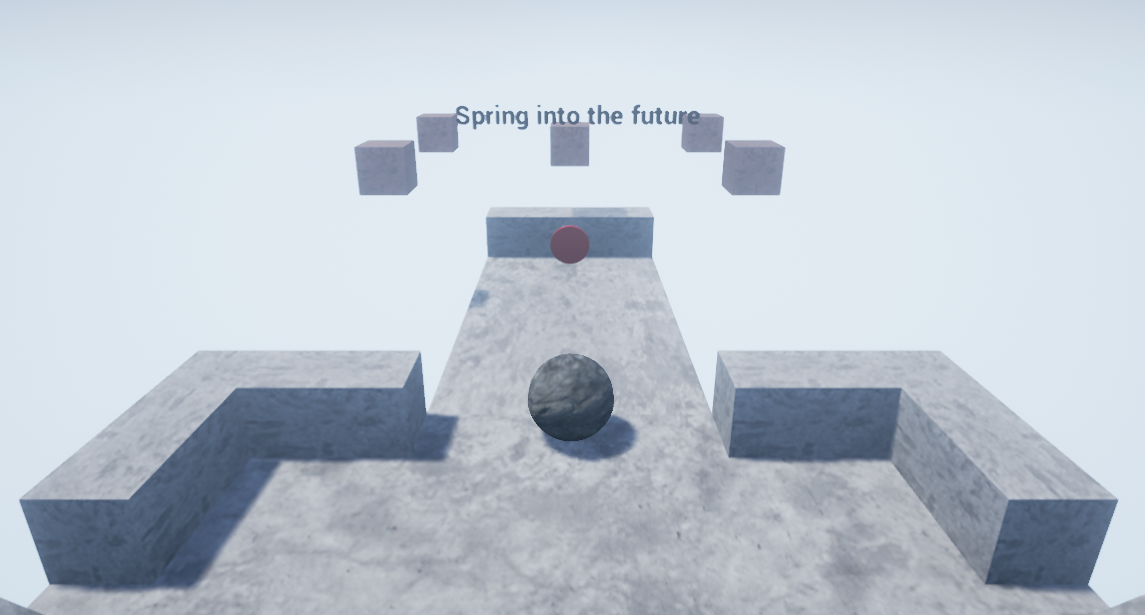 It’s too late to fix anything, but as I’ve learned in the last half an hour, apparently, physics in UE4 is inconsistent across different machines, in which case some levels could become unbeatable. Hope it’s not true.
Music: “Earth Prelude” by Kevin Macleod (incompetech.com)

Find the hot spring on each level, jump in to travel through time. Try to Hot Spring into the Future. 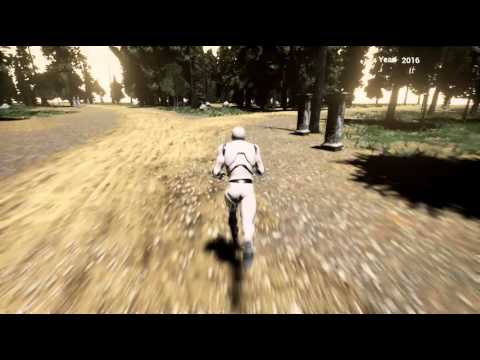 Through Time by Imagine Studio.

Have you ever felt yourself like a planet conqueror, who just wanted to become a hairdresser and make people feel good? Well, this game is not about that. You’ve crashed into unknown planet and your ship is severely damaged. Scout the place to find all the missing parts of your ship, be aware of the creatures, which don’t appreciate that you invaded into their territory.

**Third party assets. **
None, all the assets are custom made (except for a few materials), including meshes, sound design, soundtrack and our rage, which almost consumed our souls, when we were doing this project.

Note: It’s our (as developers) obligation to warn you, that there are a lot of bugs (we didn’t manage to finish everything on time, which is our and only our failure). Although we’re very proud of music, that we created for this game, so you could listen to it and relax for example :D. At the current state, it’s impossible to beat the game :c We decided to post the game here just because it’s kinda rude to say that you’re participating in something and then quit. We are planning to finish the game next weekends. We would be really grateful, if you shared your opinion about our game with us and told us about possible improvements via e-mail (guysfromimagine@gmail.com).