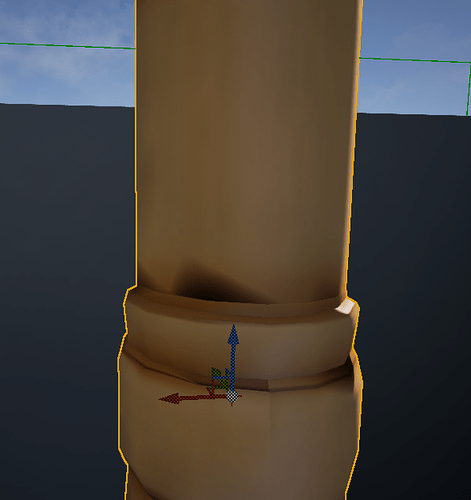 and here is the blueprint

If someone has had this issue before let me know

that looks like a lightmap issue, do you have a second UV for your lightmap?, as a quick fix you could try increasing the lightmae resolution.

i believe the lighting was the issue, we brought in an ao map and i applied it to the blueprint. It’s not there anymore. but it does seem that there is a bit of a smoothing problem you can’t see the top of that pillar but it kind of looks like an octagon. but for what we are using it for that won’t matter, but in the future (because there will be pillars that will be directly visible) is there a way to smooth something like this in the engine, i believe i may have asked you this before viper but I don’t recall.