Anyone have an idea what might be going on here after I build lighting?

In playing around with the Meerkat demo, I am getting something that I don’t expect.

If I open up the project and hit play, I get this, which matches the YouTube video on the project, so I am sure its right: 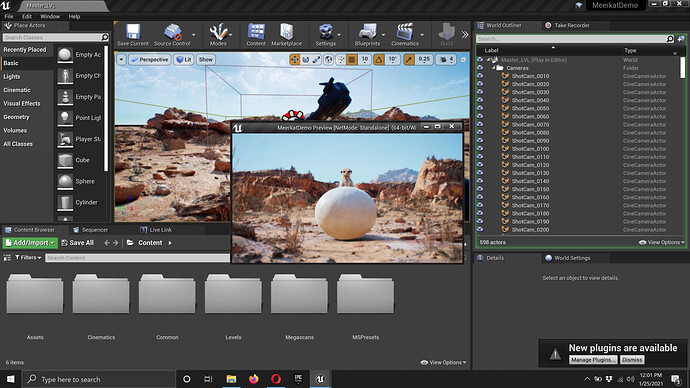 However, if I change nothing and build lighting, I get this: 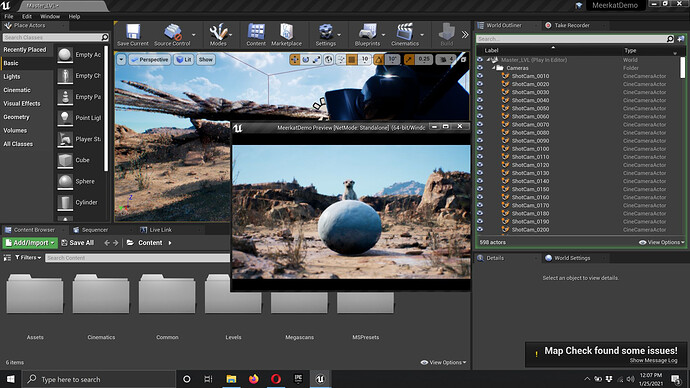 Since certain materials seem to be picking up more blue, I looked around for some blue light somewhere and came across Rayleigh scattering in the SkyAtmosphere settings, and changing the color did seem to help some (I just lightened the blue and did not tweak this at all, but I am sure it could be used to get closer even though its likely definitely not the problem) 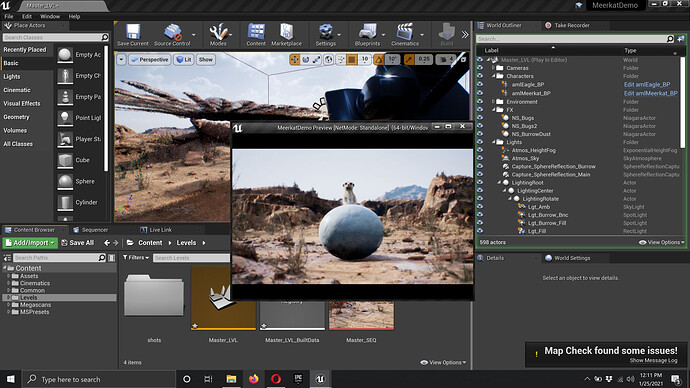 The only caveat to all this is that as soon as I opened the project the first time, the first thing I did was change the project to Ray-traced and built the lighting and the result was the same. At some point, I deleted that project to start over but every time I build lighting this is the result I get. Something I read really quickly gave the impression that there was some behind the scenes “connectedness” with UE projects, but it was just something I saw really quickly so I might be wrong about that. But it just seems to me like that first raytraced lighting build keeps sticking around somehow, even though my intuition tells me that is not the case, as I’ve rebuilt the lighting in raytraced and non-raytraced several times.

And even if it was sticking around, why would simply changing the project to raytracing produce such a stark difference? And secondly, why would it even play in the first place without having built the lighting? When you first open the project there is no builtData for the map. Is that because the shaders were just compiled and therefor the lighting is already built in some temporary space?

The point of that project is that it’s realtime-you shouldn’t be baking the lighting, it’s designed to use ray tracing

D’oh! I don’t know why, but I thought you still wanted to build lighting (I haven’t opened up UE in a few months). Any chance you want to take a stab at what is making such a big difference between the two? I would think that even with baked lighting you’d end up with a relatively similar final image…?

Anyway, thanks, that definitely baked in that I misunderstood a pretty basic principle about dynamic lighting…

Probably the skylight.
but if the lights and everything is setup for raytrace, its obviously not setup for light baking, so go figure.
you’d have to delete all the light sources, bring in new ones, set them up, and probably adjust the whole scene since chances are the objects aren’t setup to handle baking with proper lighrmap resolutions.