Any way to attach an InstancedStaticMesh? 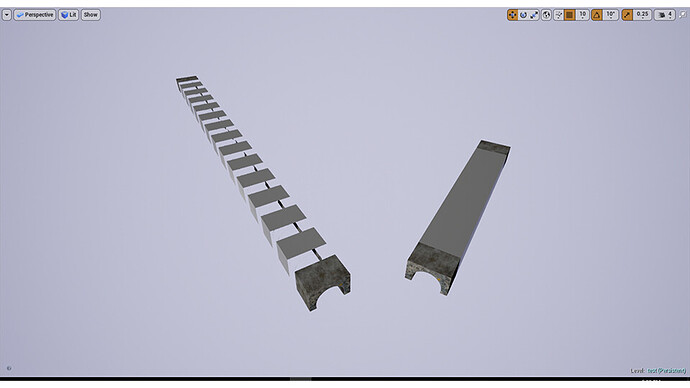 I’m guessing you have that in a loop. You’re adding an Instanced static mesh (ISM) component each loop, adding an instance to it.
Remove the ISM node and add a ISM component directly. Either before the loop or directly into the components list. Then, using that ISM as reference, add instance with desired transform.
You also set the mesh of the ISM component. Sure you can do that through nodes, but you can also click on that ISM node (or the ISM in the components list) and set that stuff in the details panel.

Practically, the only thing you should need, in this example, is a “add instance” node during the loop.

Thanks ste1nar. I’ll give that a shot. And you are correct, I was adding the ISM into a loop.