Any idea how to reset a time node in a material?

I’m trying to build an effect where when a drumstick hits a drum a transition shader plays and the drum changes colour. However, My current materials maths engine doesn’t reset when the material is changed so when the stick hits the drum the effect is halfway down the drum.

My Blueprint setup is pretty basic, it just detects an overlap and then changes the material.

The shader graph uses some kind of crazy maths that I wrote a year ago and forgot how it works so that probably isn’t helping things. But the time node goes through that math and makes an alpha for a lerp between two textures. 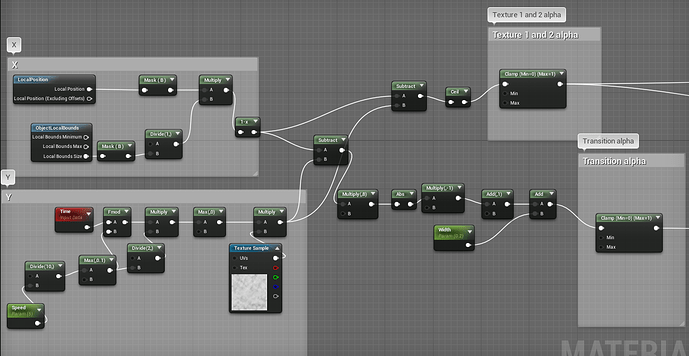 I’m fairly certain that resetting the time node is what will make this work as I’m intending it but I’m not sure how I would build that.

Things I’ve already tried is adding in a sine node between the time and the FMOD and multiplying the time node by 0 and switching it to 1 when the change triggers.