Check out the master thread over here for all of the latest information, fixes, and upcoming features on the Animation and Rigging Tools!

Nice. Will have to tell my animators since they use Maya

Nice. Will have to tell my animators since they use Maya

thank you very much!

The tool is only released in Maya because it was written as an internal tool for our games and included with UE4 as an extra. It was just a ‘cherry on top’ sort of thing. Also, Max has some pretty decent rigging options out of the box, as I’m sure you’re aware, whereas Maya has…well, none. Part of the goal with the tools in fact, was to try and bring some of Biped’s best features to Maya, since Epic actually used to be a Max house and still has many animators that are used to, and like using Max.

It’s highly unlikely there will be a Max version released, as the Maya version took ages for me to write, and I just don’t have the time with our internal project needs to port that over (more of a rewrite actually, since most of it won’t port at all). However, the code is out there, so perhaps a brave soul in the community will take on that challenge!

I have the same question, but for Blender.

Agreed! My main app is MODO. I also have Lightwave and of course Blender.

Considering the indie friendly pricing of UE4, a lot of folks can afford to obtain a license now - Autodesk’s licensing practices are **not **indie friendly IMO.

I’d be nice to see some parity amongst the other lower cost applications as time progresses.

I think it’s important to consider that the A.R.T. tool is released as a “gift”. This is the tool used in-house by a professional AAA studio. I believe that it was not ever intended as a tool for indies (but makes life a LOT easier for indies none-the-less), and it’s probably safe to say that Epic were not compelled to release it except as a goodwill gesture. To expect the tool to be recreated in multiple 3D applications or a stand alone package only months after it was given to the community comes across as a little entitled. Jeremy’s time is better spent improving the tool for Maya. At the very least the community should be lobbying for Autodesk to include Python scripting in Maya LT so that the tool can be implemented there. It might also be in The Foundry’s interest to create something similar for MODO.

That’s how I see it. But I understand the frustration, especially since people spend a lot of time learning their preferred 3D package!

Can’t you put Animation and Rigging in UE4 without Maya tho?

I have run into a few issues while using the A.R.T. plugin for maya. The biggest issues so far have included the Function curve interpolation. For every control in my rig, (created with ART) the f-curves are locked as Linear, no matter what I do I cant get the it to Auto o any kind of other… 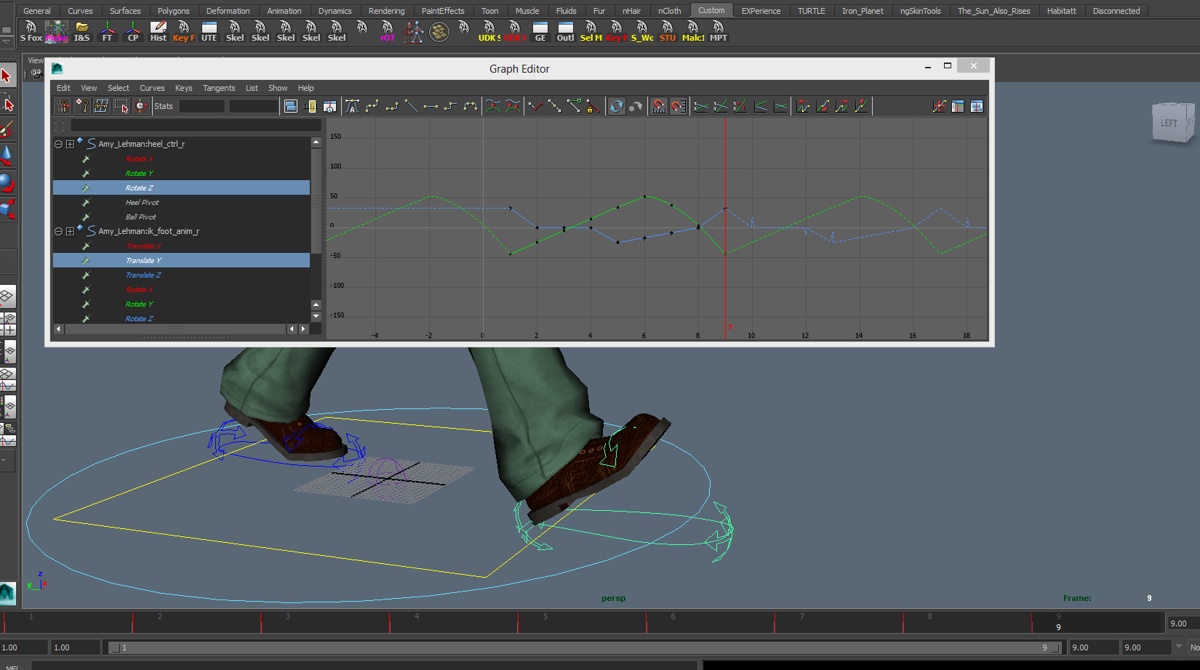 I have also run into problems while using the HIP control. It seems to constantly “lock up” visually, meaning it will show the rotation on the graphs but it will not correspond visually.

If you have any idea on what I can do to fix this, please let me know!

Agreed! My main app is MODO. I also have Lightwave and of course Blender.

Considering the indie friendly pricing of UE4, a lot of folks can afford to obtain a license now - Autodesk’s licensing practices are **not **indie friendly IMO.

I’d be nice to see some parity amongst the other lower cost applications as time progresses.

This is what I’m worried about. Maya is way out of my budget at the moment.

Hello all. Sorry for newbie questions, but - I watched all official tutorials about ART, but didn’t see how actually to create some motions(walking for example) and how to import it to game. As I can understand we need to create animation separately(in maya for example)? Can someone share some tutorial how to add some motion to character and then export it to ART and\or UE?

Can’t you put Animation and Rigging in UE4 without Maya tho?

+1 I would also like that. Having ART coded inside the engine would help a lot of people. They won’t need to spend $$$ dollars just to use a tool that should have been integrated in UE4 editor from the very beginning. Nvidia has Clothing Tool, but also an Apex plugin for Maya and Max. Users working in other apps like Blender could still use that feature trough that tool. I think Epic Games should consider integrating ART inside the UE4 editor itself.

Sonu-Exchange is delighted to publicize exclusive online currency exchange services in addition to launching a good and competitive rates of exchange. Please, follow this sonuexchange.com

Sonu-Exchange is delighted to publicize exclusive online currency exchange services in addition to launching a good and competitive rates of exchange. Please, follow this sonuexchange.com

Forum is not for advertising you ediot. You will be banned. Try some other place.

Epic is lately supporting the Blender Foundation and seem to be working pretty hard to get the import pipeline from Blender to UE4 working fully. The obvious target for porting the ART tools would be to Blender, since that is free and available to everyone.

Is there any project like this in the works? If not and I wanted to take up the project, would Epic be okay with me porting the tool to Blender?

Well they are currently re-writing it but things have been slow as I think most of the effort is going to getting Fortnite out the door.

This sounds stupid to even ask, if I re-rigg my chrs with a ART skeleton I can use the default animations and the free and paid animation packs off market place, right?

also +1 on blender, happy to use maya but autodesk going full subscription makes me want to have more options.

I’m trying to do some 3D Animation (rigging, re-targeting etc.).

I’ve heard that WebAnimate had some cool features in their latest release (e.g Automatic cleaning), but otherwise haven’t heard of it… I’m looking for something fairly easy to use and, well, cheap

Does anyone have any views on it? Is it worth the $20 / month? Does anyone out here use it?