Thank you very much. I enabled this option, but no luck for now. I will check my settings tomorrow. Anyway how do you set SDi output in AJA control Panel? RGB-Full?

My best guess is:
1\ Moto-man and me have same problem on adding alpha channel to actor but not outputing alpha channel
2\Moto-man: I think we all did the same thing by turn on alpha channel. and make sure the output resolution and pixel format is correct. also set Aja media output to Fill+Key. but the reason we get a black signel out of AJA is because we don’t know how to collect alpha to Key output.
3\I think Both of us are working in TV industry. I’m doing a tracked virtual studio , the key output is critical for us to put foreground such as charts,video boxes,virtual objects in front of anchor when composite by a Hardware keyer such as Ultimatte11

and I have a new weird problem

UE crash each time I move or pan/tilt the camera in a fast speed. any idea on this?

OS doesn’t seems to be a matter. I’m currently working under Windows10. I think it’s the leak knowledge of PostProcessing workflow…

I still try to output key signal from port 4.
Only Black signal is out same as DJ Penguin case.
KONA4 is ready to output Video & Key like I can do with AfterEffects.

I believe I am close to goal and seeking final button for alpha key out.
Could you do me a favor to provide us sample project which you can output Fill & Key?

We did used Ultimatte12 from Blackmagic two months ago. It was successful.
But my concern is latency. I must find somehow to obtain alpha channel.

Motoman, I have some progress and I know it’s not the correct way.but I can have the key output anyway.
I create a material and change it’s domain to postprocess. and turn on output alpha in material details.
assign this material any object in the scene. you will have a key for it in output4.

please also keep me updated if you have any progress. thanks

another try was to turn on used with editor compositing.it seems also have alpha output.
and that bring me a new question. if I want to do a garbage matt. Iwill need a object with alpha output ony (no fill ) don’t know how to deal with that.

Thanks for your comment.! We made it! We try something for a garbage matte! I will let you know as I make. 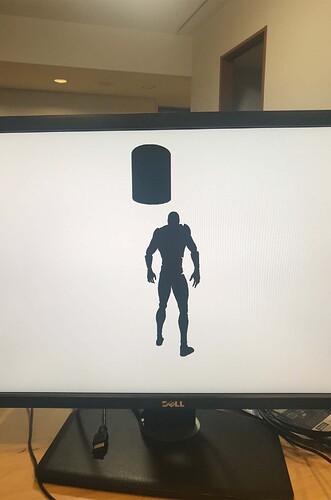 These are what you expect?

not really
I need an object that is pure transparent in Fill and have pure white in Key.
when we do garbage matt. usually we create a model that cover all the area outside blue box. and that object should not be visible in RGB channel.

but I do want to know how did you archive this?

I send a mail with instruction.
About your garbage matte, we will try this weekend.
I can’t promise to complete by next Monday, but we do as much as we can.

Many Thanks, It’s ok, I’ll try on Monday also. don’t have any HD-SDI monitor at home

Hi.
When I set output SDI by AJA Kona4 with Fill only.
My setting with the kona card in UE4.20:

I get this message when play the level:

“LogAjaMedia: Warning: Lost 6 frames on Aja input [aja://device0/port1]. UE4 frame rate is too slow and the capture card was not able to send the frame(s) to UE4.”

How can I fix this?

Does anybody tested with AJA Kona lhe plus? I did some testing and I’m only have been able to get the input port working, no luck with the output, but maybe I’m doing something wrong.

I did some more tests using AJA Kona lhe plus and following your instructions (specially reading the output log) I finally had been able to use the input port or the media ouput and see some UE4 content through the SDI output of the card (not both at the same time).

The ony problem I have now is trying to make this work simultaniously, I mean seeing some content from the SDI input rendered in the engine and at the same time seeing this viewport target render in the SDI output of the AJA.

As far as I can see it seems like the ports for the AJA Kona lhe plus are not properly “discovered” it seems like only one port is detected, but the card itself have in fact 3 ports: 1 input, and 2 outputs (main and secondary which should also be able to be used as fill+key synced signals).

I can understand you guys at Epic have a lot of work developing this new features and that you can’t test all the different models of cards, specially the older ones which can’t deal with 4k and doesn’t have these top of the line features that you like to showcase in your techdemos and samples.

So how could we help enriching this nice AJA plugin in order to make it “fully compatible” with these different port configuration found on different Kona line cards? Any tips about where to find the pices which should be “adapted”?

As far as I saw, the AJA SDK and documentation are only available joining their developers program, so I don’t know if we could find a solution without any kind of documentation…Maybe it would be better filling and issue in a particular GitHub repo?

Thanks for guiding us!

Even if you have access to the AJA SDK, Unreal has a layer on top of it that they can’t distribute for legal reason.
They support the Kona 4 in 4k mode and Corvid. Maybe more in 4.21. From the other comments, if you do not see all the ports it’s because your Kona is not configured in 4k. Maybe you should check that?

Unfortunatelly our Kona lhe+ only supports HD, so I can imagine simply doesn’t have any 4k firmware mode available (I didn’t found any similar mode for that particular AJA card in AJA’s control panel).

I din’t know that “additional” Unreal layer which is not distributed, and so if this layer exists the source code for that plugin won’t be available, because this AJA developer “rights thing”, it does make sense I suppose…

I’ll have to wait for another version of that plugin, maybe they have some spare time for improving this “port discover/mapping” in order to make it compatible with more AJA cards. I didn’t expect any progress on that since they will probably prefer implementing a Blackmagic plugin (again just testing their 4k/8k newer cards) but nothing to regret here again, it all make sense…

The good thing though is that AJA kona cards are so robust and well made that even without having in mind this different port configuration or even without having the 4k firmware, they actually handle both in and out operation, but with the only limitation (as far as I saw with the actual 4.20.3) that you won’t be able to make them both work at the same time (just Input video or Output video, not both at the same time, at least if you don’t use two different cards, which may probably work too).

Using the populated AJA port1 I’m able to see the input coming or if I not use that input, I can assing the MediaOutput to that port1 in order to use the main fill ouput of this AJA Kona Lhe+ card: 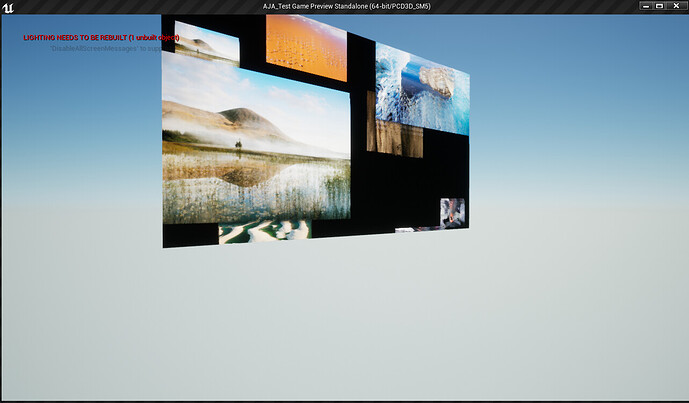 Digging even more, this also applies to the secondary output (Fill+Key setup). Without using the “input port” you’re perfectly able to make both outputs work making its thing with the alpha’s, which is so nice for a “not supported” card!

The editor could be “improved” to show different ports available in a better way, now for the “non supported” cards, at least with Kona Lhe+, [it shows just one port][4], instead of the default 3 ports (1 in, and 2 outs) available in that device/card.

Althought aparently this ports “not exists” you will only need to trust your AJA and [manually copy][5] and [then paste][6] this port in order to “create” new ones:

The secret is pasting in a “text field” or notepad, in order to see which sintax Ue4 editor is expecting for them:

The other Ports are not defined in the editor when a Kona Lhe+ is plugged, so lets define them: (I also added the Name=“KonaLhe+” showed in Ue4 in the DeviceName of my “CustomPorts”, because why not?)

Let me also attach the INI configuration file that I ended setting up in order to make this AJA Kona Lhe+ working.

Please note that the final step would be finding the proper way of telling UE4 that the input and the output ports are not the same kind of ports.

Hi - We are looking for a way to output 1080i50 (interlaced frames) through a KONA 4 card - any insights would be highly appreciated!

Are there any prerequisites for interlaced output to be available?

As far as I see all the actual limitations are just regarding the UE4 editor UI with the “populated available options” under each AJA settings. Maybe it lists all what is need with the certified cards, but it seems like with the other ones you have to trick the editor a bit…

Let me explain, using AJA Kona Lhe+ I only found 1080i50 under the Input Port settings under the AJA plugin settings. From there I simply copied this option (selecting first, and then right button on the selected value and copy). This gives you the correct “syntax” for that particular video format in the port1, so from there it’s very easy to just paste this value (copied text in a notepad) in the proper AJA media output settings. And also in the plugin settings itself. The string you need to paste is this one:

You may need also to change the Play In Editor settings just to match this 1920x1080 resolution. With all that done I’ve been able to see same fill and key working as expected with my monitor showing 1080/50i. 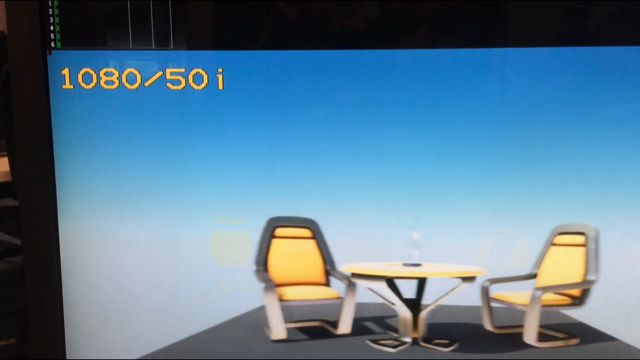 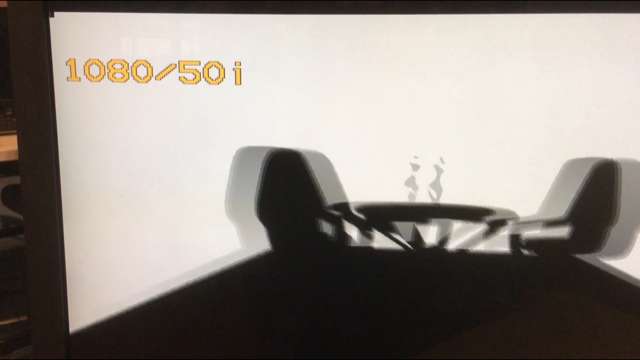 Please note that as far as I know the fields for this interlaced frames are not exactly properly generated but unreal instead is just throwing 50p and letting AJA think that indeed is interlaced. I don’t know if I’m wrong with this last comment…