So this is my very simple behavior tree setup that uses MoveDirectlyToward until it gets close enough to its target. 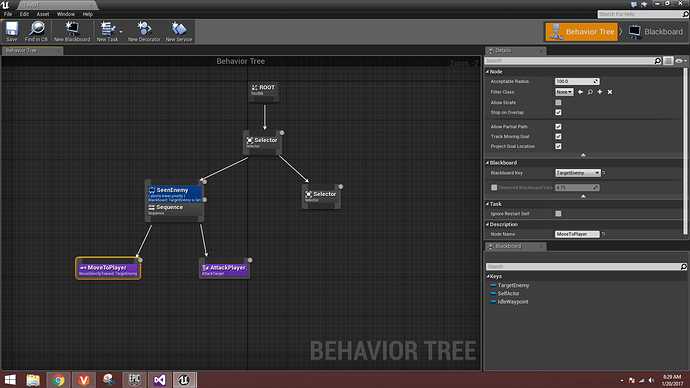 But once it reaches its target actor destination, the task seems to get stuck for some reason and never completes. 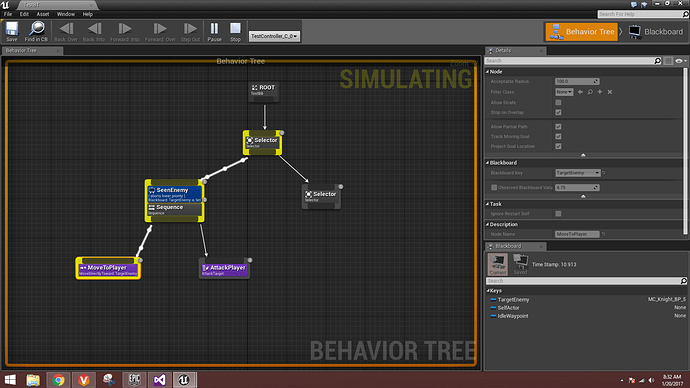 I’ve tried tinkering with multiple settings on the MoveDirectlyToward task, but nothing short of manually interrupting the task works (I.E. adding a 0.1 timer).

And in game, the AI character seems to have hit its target. 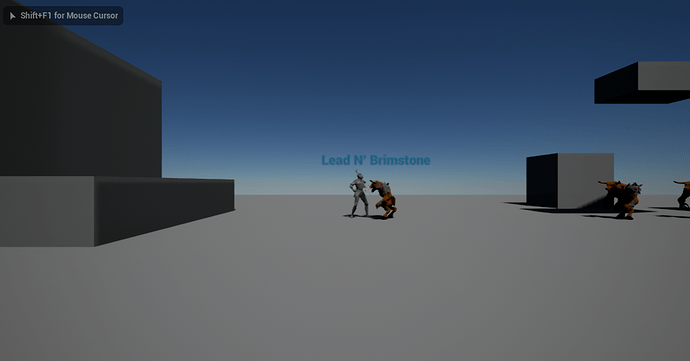 I used the visual logger to see what’s going on when the AI character stops and it says that the move_to operation finished: