(4.22)
I’m having some issues dealing with AI navigation. I have 2 characters in a corridor, each with a DetourCroudAIController. They are each set to move to a location at the opposite end of the corridor, so they must pass through each other. The corridor is 100 units wide, the characters are 10 units wide. There should be PLENTY of room for them to move by eachother. 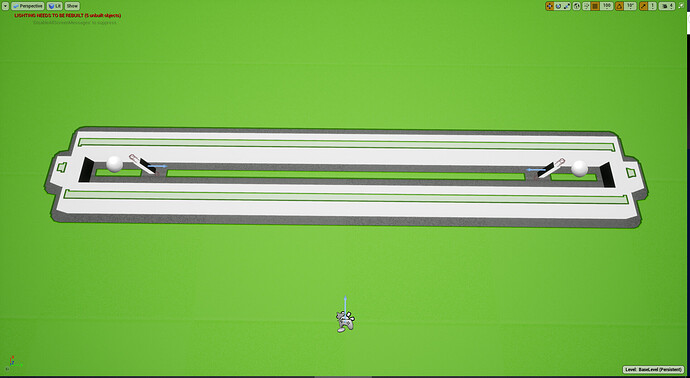 Looking at the navigation, it seems as though there is a wide area around the walls where navigation is not being generated. Actually I’m surprised the characters could move at all because it looks like they start effectively colliding with non-navigable area. In my RecastNavMesh, I lowered the Agent Radius from the default of 35 to 0. 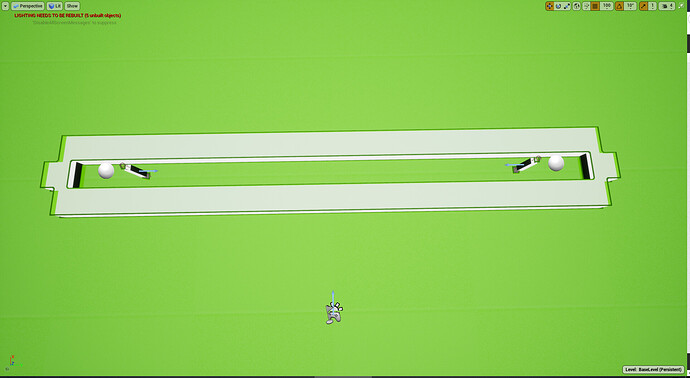 This looks a lot better, as though the characters now actually have a chance of walking by each other. But when I play it, suddenly the Move To Location fails (Return value for the node is “Failed”). For some reason the AI can’t generate a path with this. I have absolutely no idea why. I moved the right character out of the corridor to help try to isolate out the issue. This allowed the return value to be “Request Successful” but the character still didn’t move. I tried different values for the Agent Radius. If I used anything lower than a 31, the character would not move at all. At 31, the characters finally started moving. 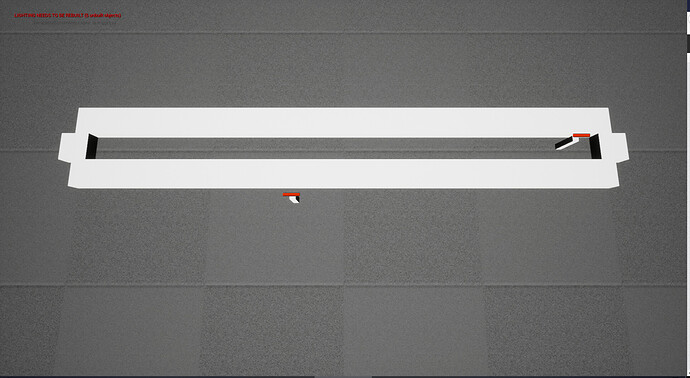 I don’t understand this behavior in the slightest. I’m thinking I don’t understand what “Agent Radius” does and maybe there’s another value I should be modifying instead. I would greatly appreciate some insight on this.

Edit: After more Googling, I found people changing this value in Project Settings > Navigation Mesh instead. But even updating it here and rebuilding navigation has had no effect.

Edit 2: Found this post: https://answers.unrealengine.com/que…-in-edito.html And added an Agent in the project settings, set the radius to 4. Deleted and recreated my navmesh. This seemed to solve my issues. I’m not sure why… but it worked. Leaving this here in case it helps others.

When navigating around corners, it seems the characters are trying to take it tighter than they should. The character only has a capsule component with a radius of 8 and the Agent Radius is also 8. I’m not sure what else to look at for this.

I am still having issues with this. Please see this video for the latest: https://youtu.be/RZrtyw7pk7g

As you can see, the AI appears to be trying to take corners tighter than they should. Here is my navigation settings 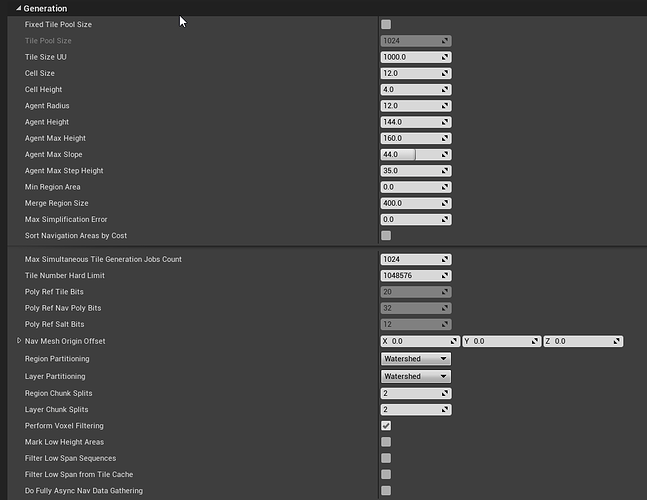 It seems like increasing the Agent Radius has no impact on how well they take corners. I ran a “Find Path to Location Synchronously” to try to get the path the AI was taking and drew the points as debug lines to visualize the path. Here is the corner again with the debugging. 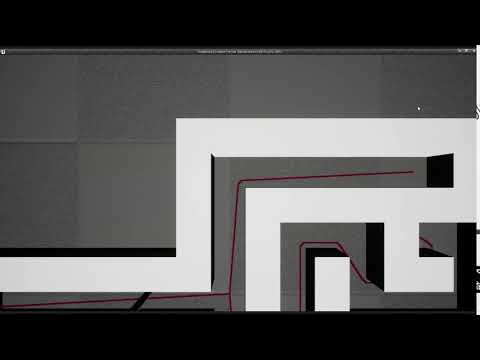 One problem here is I can’t be 100% sure “Find Path to Location Synchronously” and “Move To Location” both generate the same path. I could write my own Move To Location to move through the path points generated by Find Path but I don’t think that should be necessary.

The last piece I think is the pawn itself:

Edit: It’s really weird … they seem to be able to turn LEFT ok… but turning RIGHT gives them some issues.

Hi. I`m having now the same problem. Did you manage this? If you can, pls, look at mine Capsule component lagging when using AIMoveTo - Content Creation - Unreal Engine Forums