On empty main menu level, where only one widget is displayed framerate is as low as 25 FPS. Probably I’ve done something or changed some setting that is having huge performance impact.

Here is screenchot of main menu level in action with some profiling enabled: 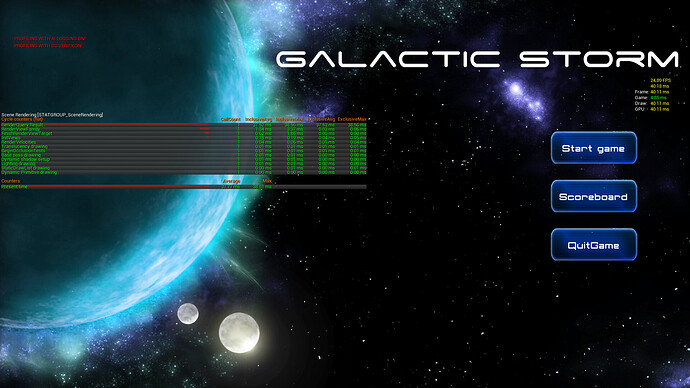 Here we can clearly see that I’am limited by CPU rendering thread. Hovewer my knowledge is not sufficient to say anything more. Maybe someone familiar with profiling and performance issues can help me troubleshoot this issue?

Have a look at our documentation for the Minimum Requirements to run the engine: Supported Graphics Drivers on Linux | Unreal Engine Documentation

If your PC does not meet these requirements, then there is a high chance that you will experience performance issues while working in the engine.

I think the requirements that You pointed to me are requirenments to run UE4 editor. This is not what is happening here, I am running packaged game (build), not editor. I’ve edited my question to avoid further misinterpretation.

Thank you for the clarification, I was under the impression that this was in-editor. However, this is expected, as the computer you listed in your original post was low-spec. In order to run packaged games smoothly, it is also recommended that you meet minimum requirements.

Hmm I see, anyway this profile data intrugues me. It seems that all cpu power goes to render thread. But there is nothing to render, not a single mesh, not a single light, just one widget. From scene rendering data we can see that almost all (98%) cpu is consumed by “RenderQuery Result”. If I would know what is this I would probably fix issue easily. Unfortunately there is no info I can find on this ;/

For your widget background (the planets/sky), is that an image, or are those 3D elements?

How large is your image in terms of texture size and is it drawn as a texture or a material? 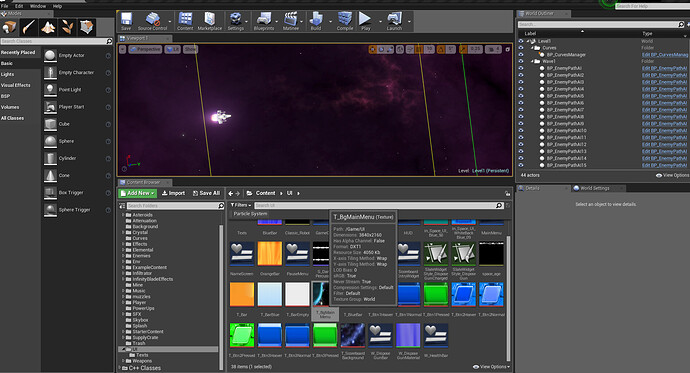 this image is embeded inside “image” widget as texture: 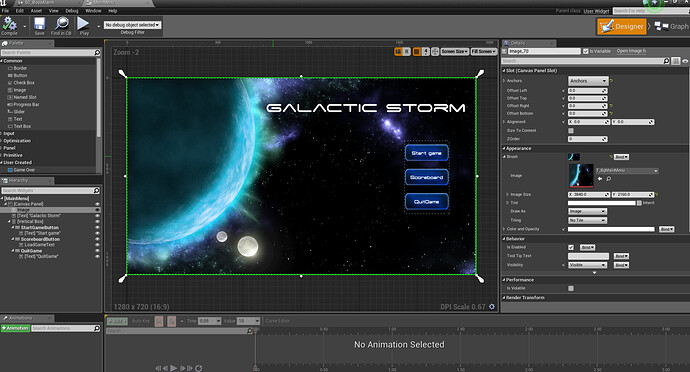 Since your texture size is not a power of two, the engine has to perform additional calculations in order to render the image. Try running a version of the game with no image in the background, just the buttons and title, and see how this affects your performance.

I’ve made tests that You proposed with no luck. I’ve removed widget in question from the level completely. Now this level is completely blank, just default blackness and it didn’t affect performance either. Screenshot: 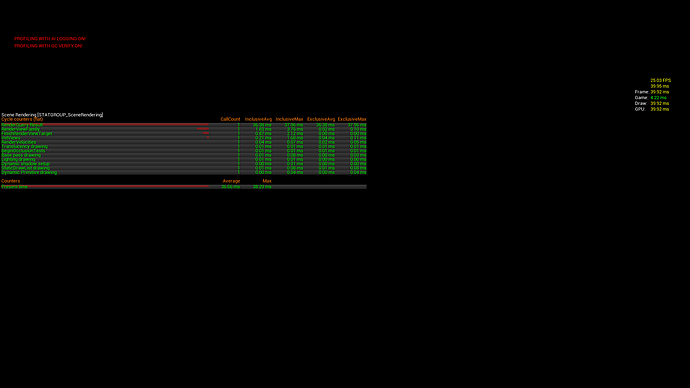 To sum up: On totally empty level FPS is 25. Performance is limited by CPU rendering thread. There is nothing to render. Display resolution is set to 1920x1080 fullscreen. If I change it to 800x600 fullscreen FPS is 75. Game was build in Windows 32 mode, it is runned on Windows 7, 64 bits.

With an empty level, you are still rendering things, which is why the render thread on your CPU is being activated. You should always expect the Render Thread on a game to always be the most costly as that is what the game uses to render anything. Your computer specs are quite low, and the video card you are using does not support DX11, which is required in order to run the engine. We recommend using a card that supports DX11 when either working in the editor, or attempting to run games packaged in the editor.

Ok, I thought that such low FPS on empty level must be a bug of some kind, but apparently it is not. Thanks