One for Tim Hobson, I suspect…

So we’re having big problems with instanced meshes not utilising the lightmaps from the LOD0, which I believe is the expected behaviour. Consequently our project has rather hit a brick wall since lighting is one of our last big pushes, and our map is now a mess.

I wonder if this might be connected to the following ticket – which I realise is foliage related, but then those are instances too… 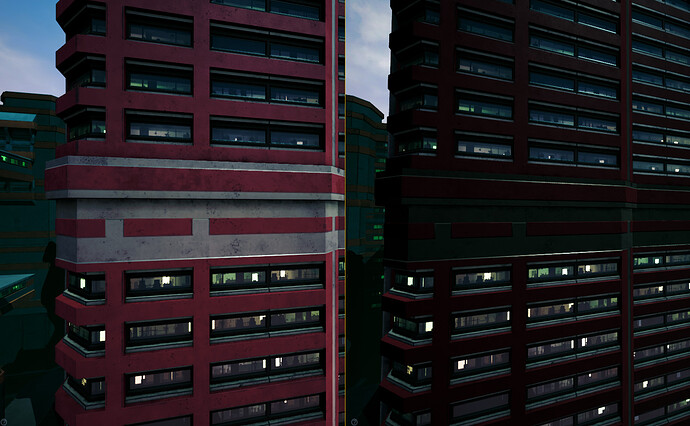 Here’s a screen shot comp of the lod1 popping in. We’re using Instalod, but were also experiencing this with the in-built system too.

The problem you’re running into, which you reference in the ticket above is a bad regression. The hierarchical instances in BPs are still affected by this as well. From a private note in the comments on the JIRA it’s mentioned that it seems as though the lightmap is building properly and then becoming unassigned. Right now the target fix is for 4.16, but once a fix is submitted I will see if we can push to get this into 4.15 as well.

At the moment I don’t have any workarounds other than using Instance Static Meshes over Hierarchical Instances since only the latter is affected.

Thanks for getting back to me so promptly – seasons’ greetings btw.

I’m 90% sure our meshes are instanced, rather than hierarchically instanced. It may be that the fix for h.instances in 4.15 will allow us to transition our buildings to those instead. I’ll have a dig around and let you know more when I do.

I’m currently investigating another issue regarding instances and shadow sorting in instanced stereo – it goes a little odd in the left eye. Will report that when I know more, since it seems that using instanced meshes is kind of unavoidable in VR.

Please do let me know if you find anything! When I originally tested this I checked Instances and H.Instances but couldn’t reproduce with Instances themselves. It could be that my simple test assets and small scale test didn’t reproduce the issue for instances. If it’s bugged we definitely want to address it hopefully before 4.15’s release.

Just post back here, if you do to re-open and I’ll continue the investigation.

Oh yeah, forgot to say, I added the other issue, here: 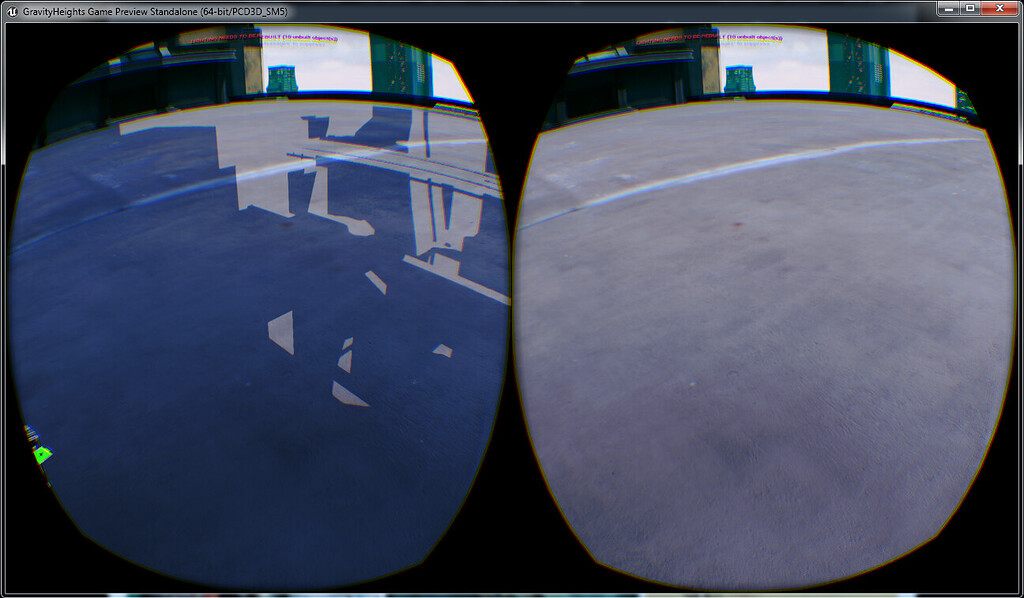 Hey Tim Hobson! Happy New year to you, sir! As promised, I’ve added another issue here, which I’m struggling to figure out. My scene is running Forward Rendering, and requires a lot of instances. For some reason, many of my meshes are creating...

I assigned myself that one too. I’ve just not had the time to look at it yet, but I will soon. Likely early next week, though.

Thank you. Much appreciated!

Hey Tim,
I have a question.
Will this fix issues with all instanced LOD lightmaps?
We are using Instanced Static Mesh Actors and Hierarchical Instanced Static and we see meshes turning black for the first LOD.

Also, what would the changelist be for 4.15 called so we can locate it?

In the right side panel click on the link for Release Commit. It’ll take you to the GH commit that was submitted so long as it’s been merged up. Depending on when something is reported and when the fix is submitted it can be a few days or more before it makes it there.