I have a set of monitors that render a camera feed however whenever I build lighting or reopen the project all of the 2D Scene Capture textures are green as if they haven’t been assigned to a 2D Scene Capture yet when they previously had. Is this a bug or am I doing something wrong?

When the project is opened: 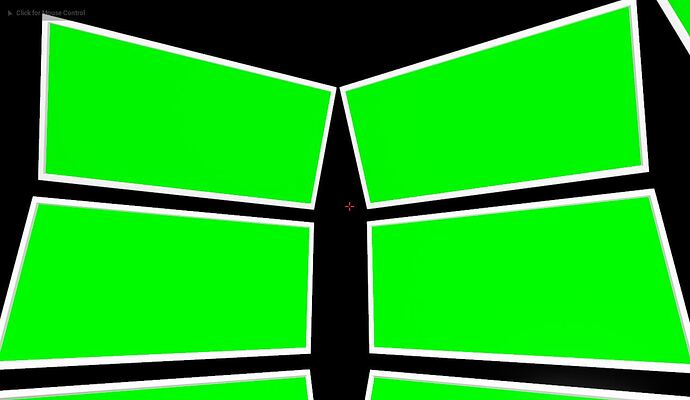 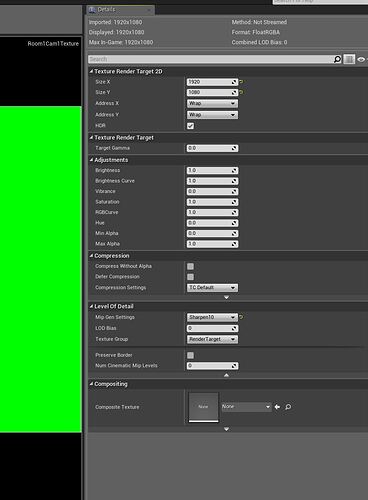 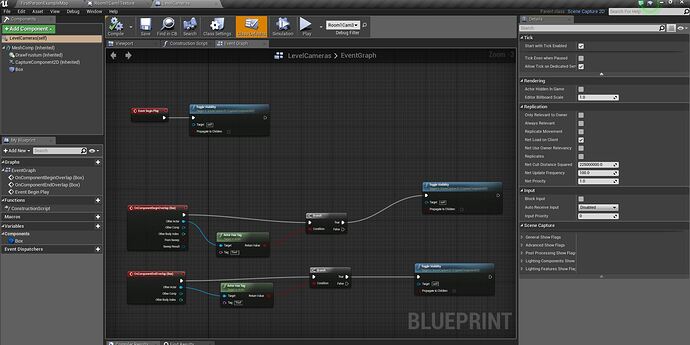 After I Have Reassigned The Cameras: 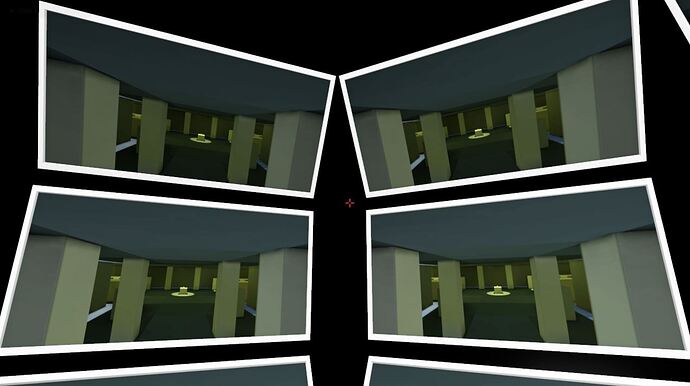 If you are toggling the SceneCapture2d visibility at runtime, then your scene capture actors are not set to render while in the viewport. That being said, when the Render Targets are green, have you attempted to use the ‘Build All’ option and not only the build lighting option?

Let me know what you discover, and if you need further assistance.

Yes I’ve tried building all and it just keeps them green, I literally have to go into every SceneCapture2d in my game and re-choose the render texture I want on be assigned to the SceneCapture2d for it to work, I have to do this every time I load up the project. Once I’ve done that it works fine, it’s just the first time you load up the project and attempt to play the Render Textures are set to green and not rendering the image that they should be displaying from the SceneCaptures.

The idea is to have a number of cameras that will relay a static images until something with the tag ‘thief’ enters a box, at which point it will render as though it were a a live stream, then return to being static when the thief leaves the box.

I just attempted to test the issue you are reporting. The results I found were similar, but I did not need to reset the render targets. In my case, I simply pressed PIE (Play in Editor) and the Scene Capture 2d Component updated correctly. I was seeing that the Render Target Textures were green, but all I needed to do was either press play or hover over the thumbnail within the Content Browser to get it to render the scene.

Found out what was causing it, basically it wasn’t calling the first tick, it was instantly just going static. I just inserted a 0.1 second delay after EventBegin. Thanks.