Zombie biting. How create that? Is anybody have any idea?

Good afternoon, very interested in how to realize a zombie bite? So that he grabbed you and you could not escape?
I would be glad if somebody shared his knowledge. 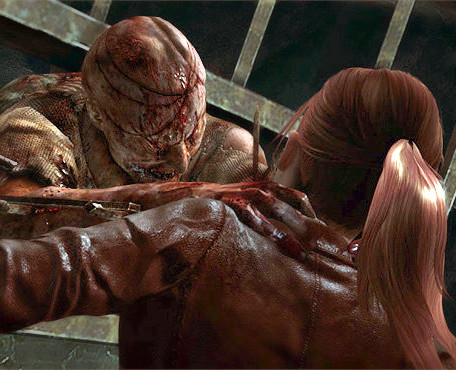 You would make an attack animation of the zombie biting. But this would not work for all situations due to differences in size and location of the target relative to the zombie. So IK bones will be needed in the zombie.

Once the attack starts use IK in the AnimBlueprint to lock the zombie’s hands on the target mesh. The IKs will automatically adjust the animation to bend the zombie’s arms while holding the target. Then the bite animation would play out as normal.

I would just assume the humanoid structure and attach to the relevant bones via BP.
But it really does depend on if you are making a cinematic like in the screenshot or a gameplay element.

For gameplay, you need the 2 characters to talk to each other once the player is caught.
I would disable player input/movement, and start a montage of them trying to defend against the bite, while the bitter has it’s own set of animations (possibly IK adjusted).
At the same time, AAA games (think TLOU here) will often cycle the camera and offer a cinematic style sequence of your death… there are just so many ways…