I downloaded free content from the marketplace and attached it to my project. After giving it a try, I decided against it and removed the content from my vault. On doing so, I lost my entire project - its no longer showing in the project area of my engine! Please tell me there is a way to recover this? I have no backup because this project was mainly a testing area for trying things out. Unfortunately one aspect of this project was very worth keeping.

Is your project still showing in Windows Explorer?

Not with internet explorer. Is your project still in the HDD? Can you get there?

I went to the unreal website and was able to see my vault online, not my projects.

My HDD is fine. I’m running recuva on it to see what deleted files may be accessible. I searched the entire drive for the project title and it came up blank.

This has actually happened to me using 4.7.6, I removed a project and it completely wiped all my projects in the launcher. Thankfully I made backups on a separate drive.

Revuva still running.
When in a project there are always multiple saves. Where are these backups located? What extension do they use?

(It’s how you browse your computer, assuming you have windows).

If you open your windows explorer on your start bar, in Windows 7 it looks like this: 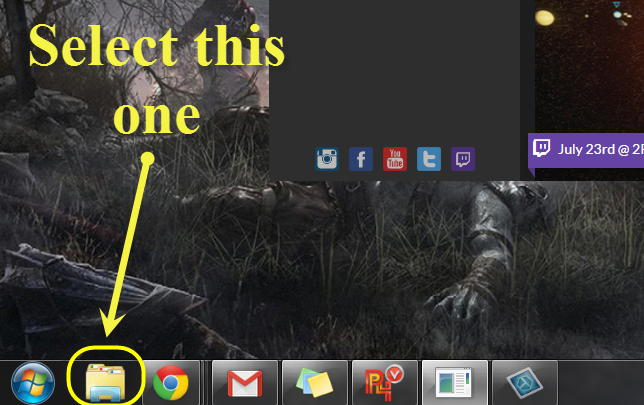 find the file location that your projects are saved in. This will typically be in the folder \Unreal Projects\Your Project Name.

There will be a file there called YOUR_PROJECT_NAME.uproject. Left click this to open your project from outside of the launcher. Are you able to do this? Is your project even in this folder? What are the specific steps you took from downloading the content to your project disappearing from the launcher. Please be as specific as possible so I can try to reproduce this on my end.

Guys, Aside from being a Sci-Fi author I’m a seasoned IT geek and made a mistake in reading last night. I know it was Windows Explorer (formerly known as file manager) and not Internet Explorer. I also realized after my initial shock at losing this project, that I’ve been running Carbonite for a decade or more. I’m in the process of restoring the entire projects folder back to its state in the 26th. I also have more than 2 million files found with Recuva and located the many files with the needed file name which will be used if Carbonite is not as thorough as I’ve come to expect.

Adam,
The free content I downloaded was Xoio Berlin Flat. I’d thought I could use some of the furniture to provide diversity since there will be many room/apartments that will require some degree of furnishing. After it was installed I applied it and viewed its contents in the separate project file it offered (rather than my original). After seeing its furniture I chose not to use it. In the Vault I selected ‘remove’. Both my project file and the one the Berlin asset created were removed. The rest is history.

I do really appreciate all of you trying to help. I’m still baffled as to how removing a single asset could delete my entire project file so completely. Hopefully Carbonite will do the trick. If not it will only take a few days to re-build everything I really valued from that learning project.

Hi Wranglerlgt, I wont beat you up over not having installed the Perforce server, but, this is another reason why I use it. I vote +1 for version control for all projects.

Yes, I kicked myself in the *** immediately. I have to install another motherboard in the system I intended to use for perforce. Unfortunately, much of the cast-off equipment I have on hand has proven to be less useful than I had hoped.

98% of the project has been saved from the void. I’ve opened it and even the blueprints still work! I may rebuild it anyway simply to reinforce what I’ve learned and to be completely sure nothing is missing.