After the latest update my launcher is in German instead of English. The “communication language” in my profile is already set to English and apart from that I can’t find any option that could affect language.

You’ve stumbled upon the fact that we are starting to roll out German localization for the launcher. This first part of the roll out only the certain aspects will be translated with more coming in the future.

If you’d rather stick with English you can change this on the sign-in prompt. There’s a little globe icon in the top right corner. Just choose English from that drop down and you should be good to go! 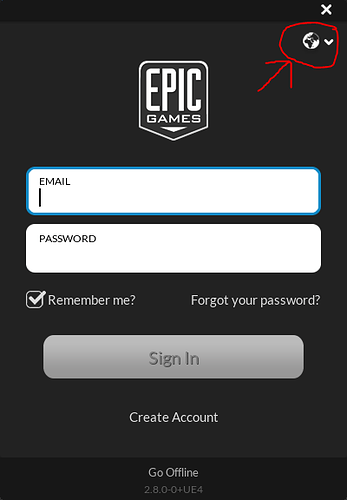 If you are running Windows and you don’t want to default to German in general, make sure you’ve changed the following “Format” setting to English. 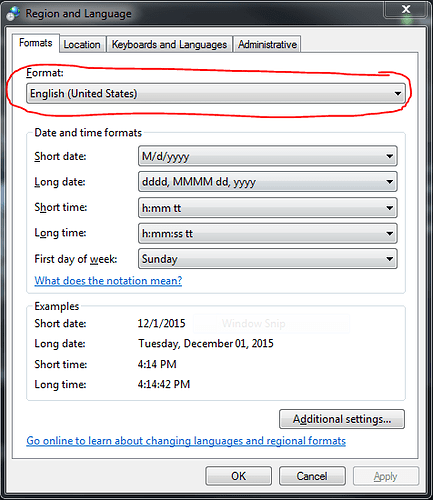 I see, thanks! I have the launcher on auto-login, so I never got to see that globe icon. But changing the windows settings did the trick anyway.

Shouldn’t it use “Windows display language” option, so it also works correctly on OS with MUI installed?

I’m running Windows 7 and can’t find that screen, maybe I need to have MUI installed first.

We currently use a third party library called ICU (International Components for Unicode) which determines the desired locale of the OS. It’s widely used by most forms of software, so I’m guessing it’s behavior for determining OS locale is standard. Maybe we need to update our version of ICU.

News 2021-10-27: ICU 70 released. It updates to Unicode 14, including new characters, scripts, emoji, and corresponding API constants. ICU 70 adds support for emoji properties of strings. It also updates to CLDR 40 locale data with many additions and...

Is really someone using UE4 in non-english language? I find that amazing, I’m spanish I ain’t capable of working with Unreal in spanish (besides the horrible translation), most of the tutorials and terms are in english, I don’t see the point of translating the engine nor the launcher… Also I came here because Epic changed the Launcher language to Spanish
http://prntscr.com/9a0qk7

That is half-translated and feels very very cheap. Agh, I always think that is better not to do the things, instead of doing it bad.

Now I have to waste time to find where the hell I should change the language I didn’t ask to change.

That options should be in the “settings”, inside the launcher- with auto log-in option it’s impossible to find it, right?