I’ve got a splitscreen shooter with which I’ve been working on the UI lately, and thought I’d try a style of hit-marker that comes up on the location where a player is hit, as opposed to just the center of the reticle (like most shooters). See below; a shotgun blast of 8 line traces of which 4 hit. 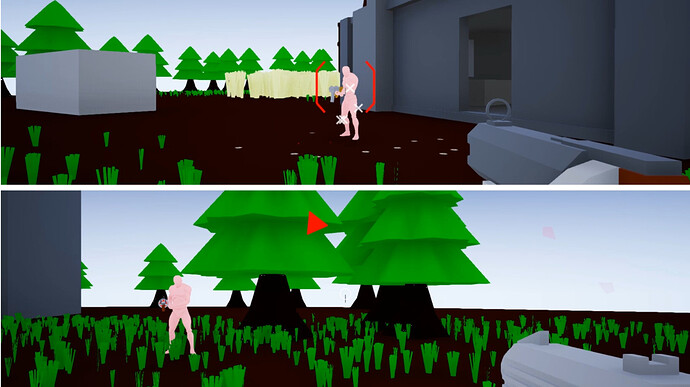 My issue: This only works on player 1’s screen, the top one. I’ve printed out things like the coordinates the widget is being drawn at, the hud the widget is being drawn on, the player ID who should be getting the widget added, and all of that looks correct, but it still won’t show up on player 2’s screen. I’ve attached screenshots of the blueprint that calculates the screenspace and fires off the widget function to add it. Any help would be incredibly appreciated.