Ive got a map 24x8km (3x1 8km levels) world compositioned together with world origin re-basing on.
It works fine player pawns or characters spawn at PlayerStart and can explore the whole map from top to bottom.
24km is well within the 2,147,000,000 cm +/- int32 limit… 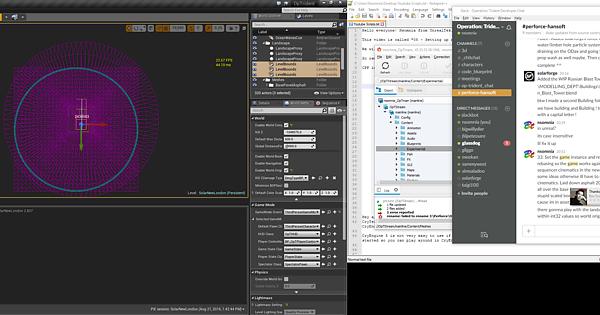 When I turn WOB’ing off my player spawns in the “middle of no where” (see below) as do other pawns and actors (characters don’t spawn at all) however then my Sequences I setup play/export fine.

When I leave WOB’ing on, the game plays fine but any sequences start “in the middle of no where” as if the CineCamera’s were spawned there instead (which they are).
Turn WOB’ing off again: sequencer works fine again, same sequences and everything that played fine when key-framing.

Any ideas? I’m thinking maybe my center landscape needs to be at 0,0,0 or I need to turn it off and re-position all meshes/actors/pawns/player start etc. but this doesn’t make sense.

I’m going to experiment tonight and in the morning but any one that knows why this happens would be my hero.

Edit heres the center tile level bounds actor where most of the actors and meshes reside: y0x1, with y0x0 above and y0x2 below 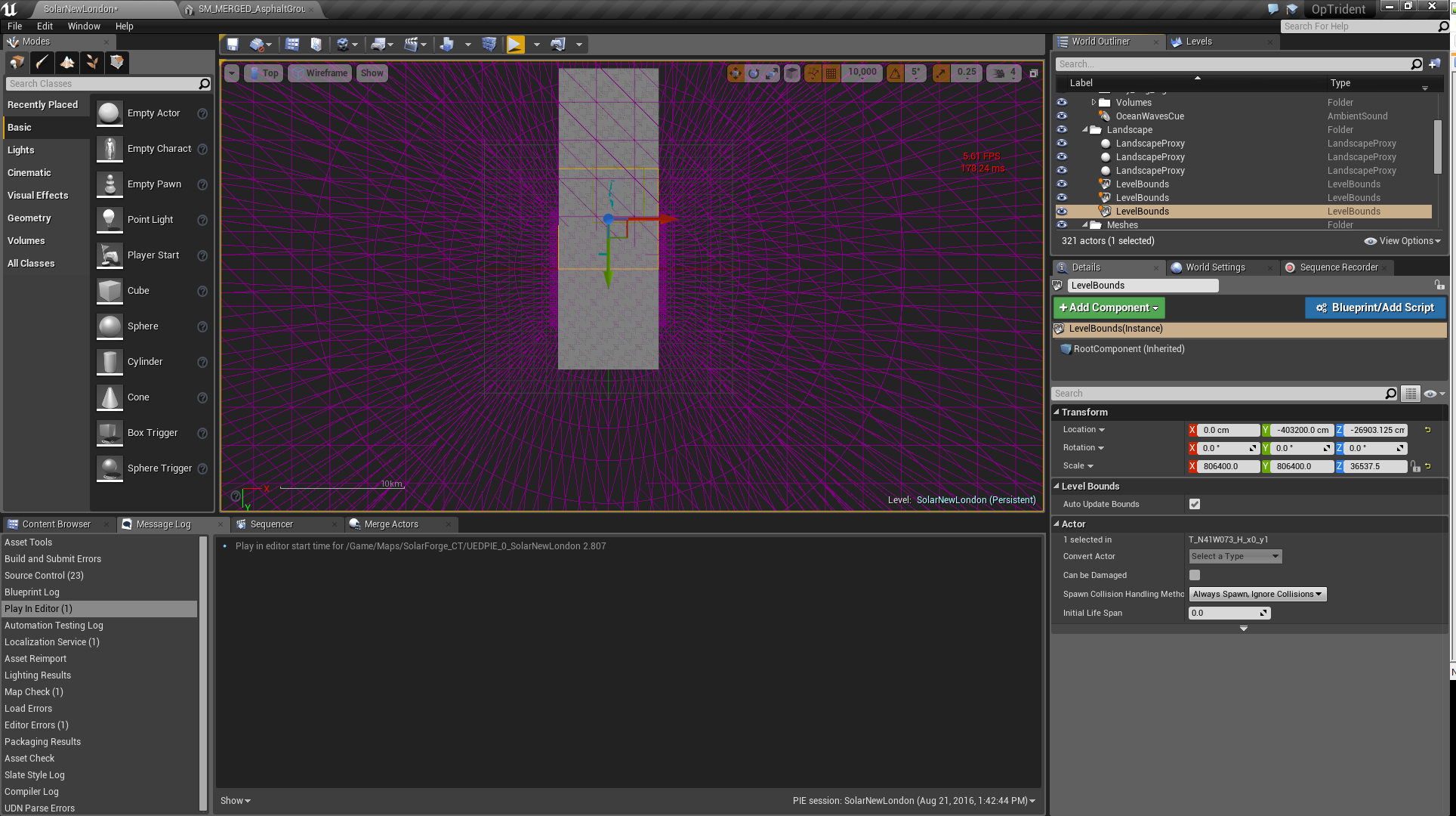 Edit2: Did some testing here is the weird stuff with WOB rebasing turned off (my end goal)

Will test with more player controllers/pawns/character setups but so far only the DefaltPawn spawns and plays “as intended” with WOB’ing turned off.

Heres what it looks like ejected from the PlayerController with a blank pawn class setup with just a cube, which is set to static, added to the pawns component list.
The pawn is immediately deleted.

The camera location is where the PlayerController ejects from, only rotated to view the location of the player start in the map which resides in the center tile. 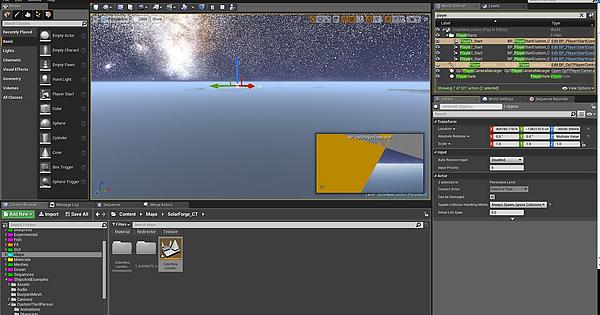 Edit 3: I saw this Trello
Perhaps WOB doesnt work with sequencer just like multiplayer? Whats weird is the whole on/off work/doesnt work back and forth.

I’ve played with this all day and to no effect, to where I’m considering scrapping my world composition setup just to use sequencer in the same level isntead of duplicating the levels every single time the gameplay one is chagned with a new prop etc. (the landscape is 200mb x 3 and the persistant map is 99mb)

Anyone have any experiance I know Sequencer is new but figure someones used it with world composition AND gameplay.

So I’ve figured out that by disableing “Enable world bounds check” which checks if an actor is still in the world bounds and > zKillLimit else it deletes it makes it work.
I tried new player controllers, camera setups everything,

Now this means I have to be careful with physics objects and such,

would coding a volume that checks every 5 frames if an actor is in it to call its destructor suffice in replacement and put one in each level tile and the persistant level?

Lastly anyone whos run into this… I might submit a bug report.