I’m working on a still untitled scene at the moment:
Meshes are all made in Blender, textures are all hand-painted directly in Blender or in Photoshop - except for the background clouds. Composition in UE4, obviously

The purpose of this scene is mostly to learn more about material creation in UE4 so I’ve got some stuff in the setup like height-based blending of textures such as the rocks getting darker towards the bottom based on the position of the water surface; in motion you’d see the water surface moving via world position offset; the sea foam is done via distance to nearest surface and so on.

Can I get some feedback on these shots from you lovely folks?
I’m not sure which setting to go with, the high noon or the sunset one. Although depending on the feedback I might just go ahead and make several different settings (high noon, sunset and night or so).

So yeah, feedback/constructive criticism is very welcome and if you’re interested in some more WIP you can follow me on twitter.
I’m also thinking about writing about the making of this project in case there’s enough interest in it

Can we see a video of the waves etc in motion? This would be nice!

Usually I prefer sunset over high-noon lighting, but I don’t know… in your example the sunset looks too yellow-ish for my eyes… Plus, (at least from that view angle) I cannot really see the shadows, which makes the scene look less naturally lit.

Cool texture blending on those rocks!

In the latter blue high noon version the blue water and sky gives more contrast to the scene, and helps distinguish the rocks and the house from the surroundings, so I think I lean a little bit towars the latter because of that. Not an expert though, so take it with a grain of salt (water).

Thanks for the comments

I decided to go with three different TOD settings now as they all have their individual appeal. 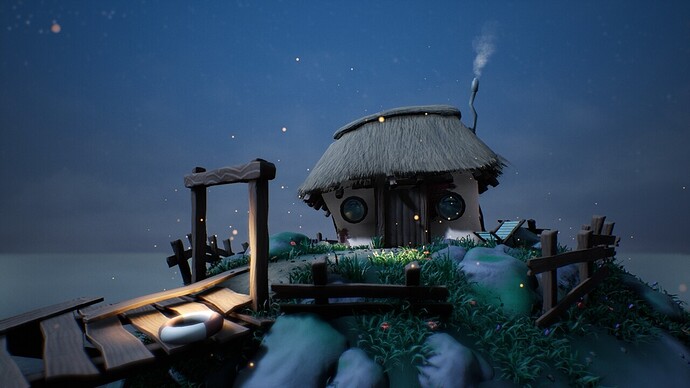 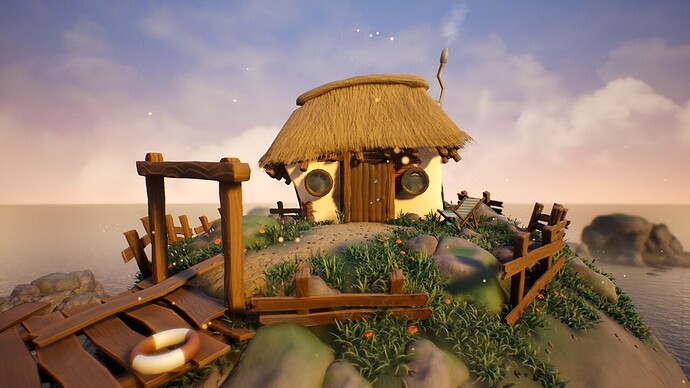 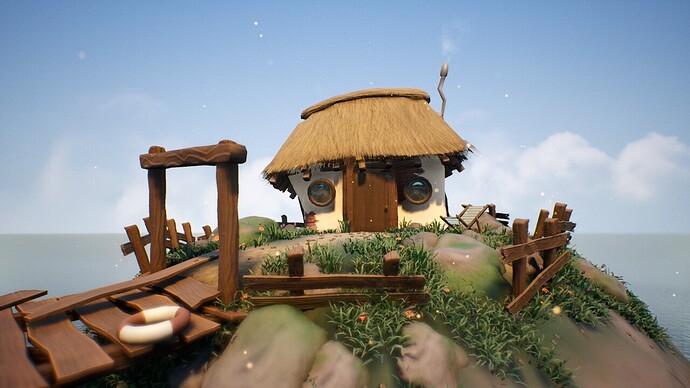