Cool, I am looking forward to it!

I especially like how the RPG looks and that you made the rocket part independent of it. I think you should raise the price a bit if you add more weapons, like $ 20 - 25 (or more, if you animate them).
Will you make them be skeletal meshes?

PS: Are you interested in joining a game project? If yes, I will send you a PM in the next week or so, once I have a basic concept demo ready to show my general idea of it.

PPS: I saw your burger video on your twitter lol that made my day

Thanks!, and yea the RPG is my favorite too, i dont want the price to be too much i want everyone to be able to buy it.
and im not sure i dont really good using sketal meshes.

LOL, yea just a little project ive made its was really fun to made
Thanks again

Thanks!, and yea the RPG is my favorite too, i dont want the price to be too much i want everyone to be able to buy it.
and im not sure i dont really good using sketal meshes.

Yeah I understand your thought about the pricing, it’s probably a good way to do it.

And you could just import them as skeletal meshes into UE4, without manuall creating the skeletal mesh. That way we could create sockets on the guns, like for the muzzle, which is good to add the muzzlefire effects.
I don’t know if you can convert a static mesh into a skeletal mesh inside UE4.

Finished the Sawed-off Shotgun, and added 4 types of bullets Case + Bullet (there is going to be more) 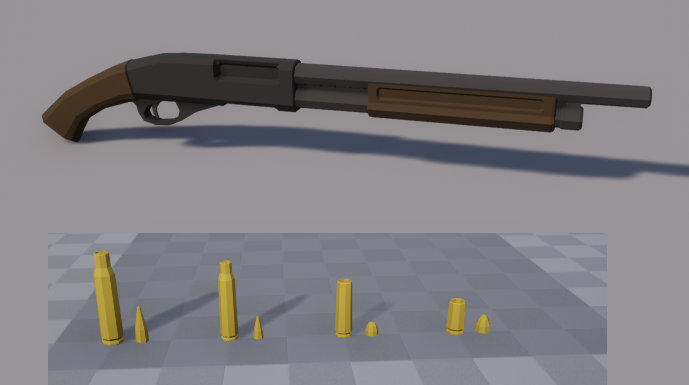 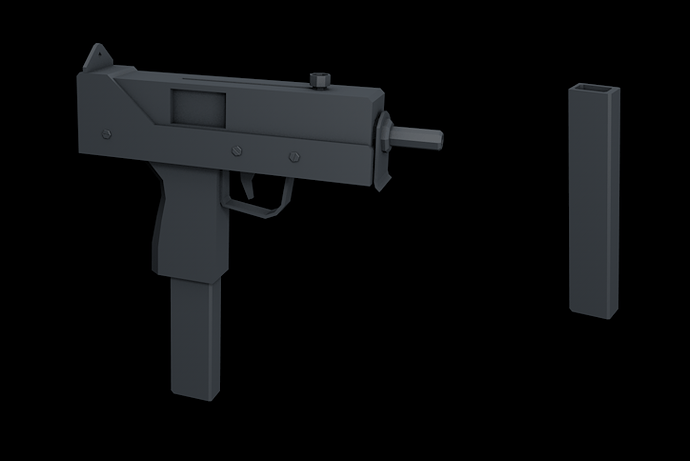 wow I need all these great work !

wow I need all these great work !

Thank you very much :), i will probably will sell an updated early version of this pack to my Sellfy shop so if someone cant wait until the pack is finished and updated to the ue4 marketplace so you coudl just buy it there until its finished

The Grenades are finished!

I’ve finished the pack!
few weapons have been removed from few reasons but i did added other weapons and items.

Here is the selling thread: Low Poly Weapons Pack [For Sale] - Released Projects - Unreal Engine Forums
You can find all the detailes in there.

The pack is in review by the marketplace team and will be uploaded probably in a month from now
until then i’m selling the pack on the sellfy site.

I hope you guys will love the pack and thanks for following the procces of creating this pack.