Hi,
I’m learning blueprints so I decided to make a small game using them.
The game will be a dungeon crawler. You are an adventurer trapped in a maze and your goal is of course to get out. To do this you will have to solve several puzzles and fight lots of enemies. Your only weapons are a sword and a bow, which has a limited amount of arrows. You are however able to collect more arrows as some enemies will have a chance of dropping some and some arrows will be hidden in destroyable objects like barrels and crates. The puzzles you have to solve will open doors so you can continue to the next part. These puzzles will be simple; for example activating certain buttons or pulling certain levers.
I added a small mockup below. The cones are temporary the enemies, but I’ll add enemy models soon. I’m going for an easy low poly art style with flat colors as textures, as I want to focus on blueprints and not art. 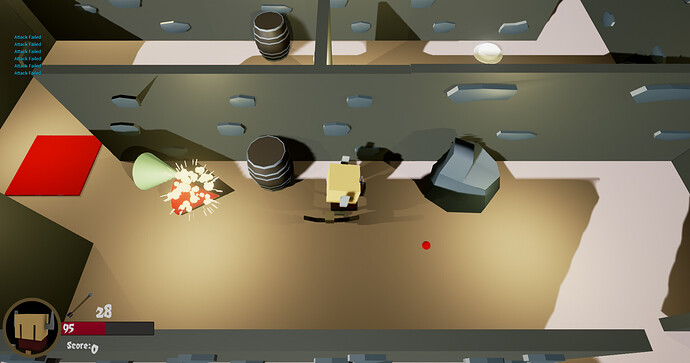 I made a working prototype with most of the main mechanics implemented. The player character is animated, can run around, shoot arrows and die. You are chased by 2 types of enemies at the moment. One that only does melee attacks and one that shoots fireballs. More advanced enemies with better AI coming soon. I’ll also add actual models and animations for the enemies soon. Other than that I added destructible barrels which have a 50% chance of a limited amount of arrows. All enemies also drop arrows when they die. The HUD is functional and there are health pickups.

It has been quite the while since I updated this and quite some things have changed. I made models and animations for all my enemies. I also made a new type of enemies: an endboss. He has lots of health and does both melee and ranged attacks. I he spots you, he starts attacking you. Otherwise he roams around randomly in a certain area. 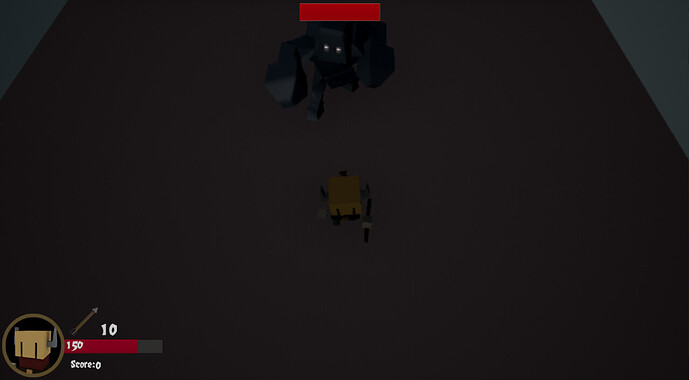 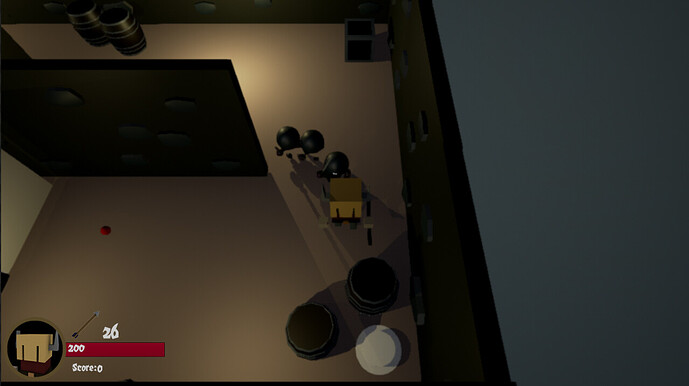 I implemented a highscore system which saves the highest score from other moments that you play the game in a file. It compares those scores to yours and at the end of the game it tells you if you have the new highscore or not. Other than that I mostly fixed ltsof bugs and improved my enemies. 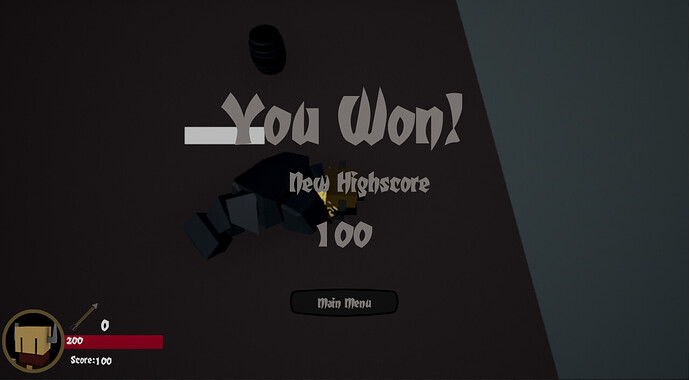 I finished the game for now. I added a startscreen and a pause menu. I refined the AI a bit more. I built a small level to test all the different assets.
I also implemented background music and sounds when you shoot your arrows. Enemies have specific animations when they get hit, so I didn’t add sounds when they get hit because it would have been to much.
I made more moddels to fill the level, for example health potions. Below are somescreenshots.