Like a few other people here I have been learning how to generate meshes using code (C++), and my goal is to use fractals to aid in generation of various assets.

I’m building these as part of a toolbox I need to work on a hobby VR project, which relies heavily on procedurally generated landscape and world assets.

I recently moved my code over to using the ProceduralMeshComponent that ships as part of Unreal 4.8, and managed to get a nice speed improvement from that.

I still have a fair way to go but already got some nice results so I wanted to start a thread to show my progress as I go through this.

I have made a few simple generators, like the Sierpinski triangle and one version of the pyramid.

Recently I tried setting up a branching generator that can be use to generate tree-like meshes, and will use the basis of that for my landscape generation as well (nothing to show there yet).

I haven’t finished the stitching logic that connects the different sections together, so you can see visible gaps in the thicker tree example below.

Here are a few pictures to start off with, I hope you like it and it would be great to hear if anyone here is doing similar things

Some of the tasks I’m working on next: 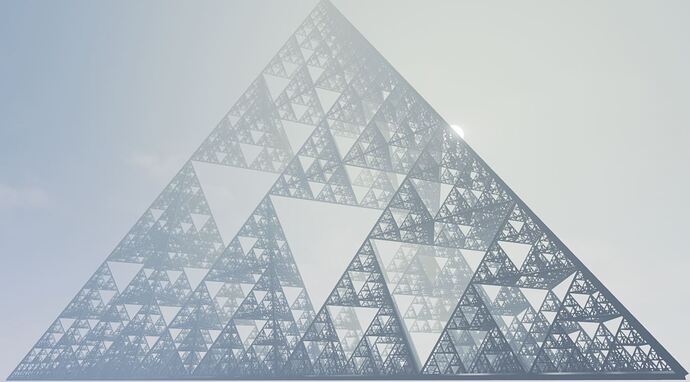 sierpinski_pyramid2b.jpg1353×751 99.9 KB
Sierpinski Pyramid built with lines (will do a filled version soon) 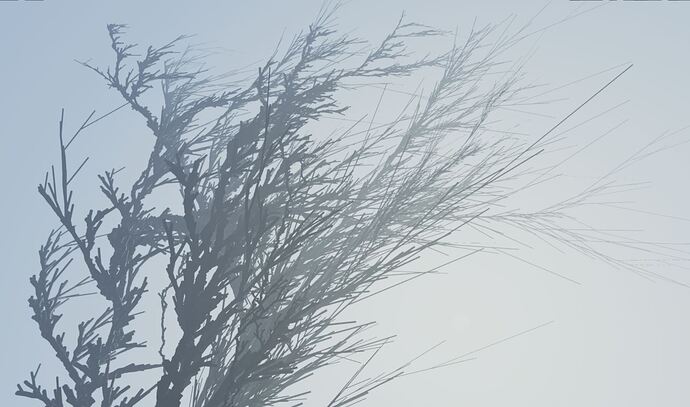 And a few example “trees” and coral-like structures

Example settings for the branching generator. It’s fast enough on my computer that it’s pretty much realtime in the editor when changing values. I’ll try to update a gif example of this later on

wow, this is really pretty amazing.

I look forward to the day when we can generate/manipulate fractals in-game, in real time, sort of like Fractal Lab

Do not forget a way to generate foliage, vines (leaves) and interactive deformation using deformation tools like bend, twirl, twist, taper, scale and bones for trunks, branches, and physics (wind and gravity influence). And you will be at the cutting edge!

This is something I am really interested in, more for an abstract exploration type game than for generating assets. I’m a model maker mostly so I’m not interested in fractals for generating assets, I’m content to make them by hand however the potential for fractals is to be able to generate real-time, as they are needed, allowing for infinite levels or levels that morph real time! Anyone here done anything with fractals they wish to share or want to work together towards this goal?

How do you do this! I want it

I’m back to working on my personal projects again. Rewriting this + examples on how to make procedural meshes as a plugin. Planning to publish it for free on Github.

I’ll give you an update soon once I have something to share… planning on doing a simple release and keep adding more stuff to it. Could even accept other contributions if more people are interested.

I’m back to working on my personal projects again. Rewriting this + examples on how to make procedural meshes as a plugin. Planning to publish it for free on Github.

I’ll give you an update soon once I have something to share… planning on doing a simple release and keep adding more stuff to it. Could even accept other contributions if more people are interested.

you are a saint

Amazing thing, for sure.
I am working on procedural mesh generation for some time now. So far I am trying to use libnoise to produce a landscape that is stored in a mysql table to be loaded as hightmap during runtime. It’s a little ineffective, but for a big deal it is about landscape being able to change during the game (eg: Dig into the ground, erosion with time …). At the same time it’s a reason for me to learn my way around unreal engine and c++ programming (I’m pretty familiar with blueprints by now, but c++ is yet another thing). Fractals are something that really could add to the look and feel of a procedurally generated world. That is how I found this threat.
Some months ago I had a few tries using splines to have trees growing at runtime, but could not find a way to have them grow in a performant way. I see fractals could also be a possibility there.
I am definately looking forward trying out your code and see where it gets me.
Seeing it’s been a while since the last post in this threat: Any updates on the work with fractals in UE?

I will be posting most of my updates in the other thread (linked above), where I’ve released my code on Github.

I’m about to push out an update to my examples that uses Koderz’s excellent Runtime Mesh Component that runs a lot faster. I should get that finished around end of this week.

I’m also working on some new examples that uses noise and branching functions to generate a landscape and planning to add that to my example project too.