Backstory
After the defeat of the Broodmother, the surviving humans began to conspire to leave the island that had become their cage. With the resources they had gathered throughout their adventures they constructed a great water craft, capable of carrying the survivors in their entirety along with plenty of supplies for a long voyage. Using a concentrated electro-magnetic pulse, generated using the energy that the obelisks themselves gave off, they were able to disrupt the invisible barrier that had trapped them there, and escaped out onto the open sea. After several months of sailing, it was clear that the planet they had been relocated to was not Earth, despite the obvious similarities and clearly Earthen plant life. The stars were no guidance for those with marine experience, and the clouds seemed to swim and coalesce in ways that shouldn’t have been possible, as if they were alive.
Several months after beginning their expedition, one of the lookout finally spotted land on the horizon. What slowly crawled into prominence was a torn, jagged coast line coated with steep, harsh mountains reaching deep into the skies. It was clear that another opportunity would not quickly present itself, and the supply room was quickly dwindling. With baited breath the group disembarked onto a new island, free from their former captor’s influence. The grass is not always greener on the other side however, and the group realized that without their captors keeping strict control over their environment, things were about to get a lot rougher in ways that they could never expect. 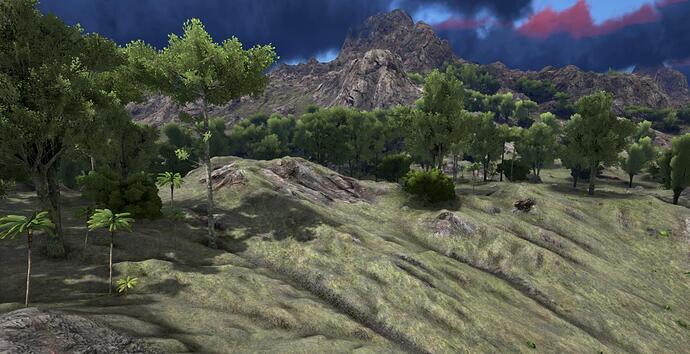 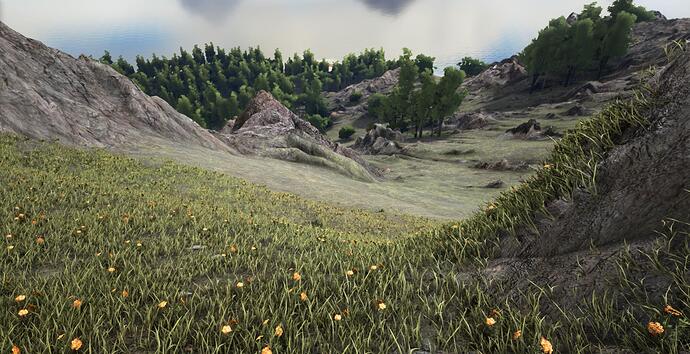 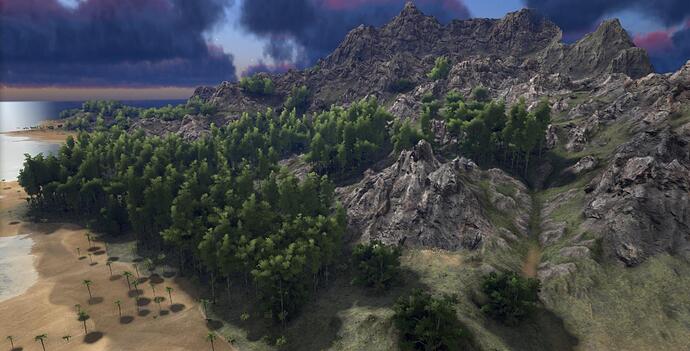 Where to get it!
Sorry, but you can’t yet. I’m waiting to have at least the first half of the landscape finished and playable before I release the map publicly. If you would be interested in beta testing the map every once in a while as I update things and refine game play, then send me a private message. Consider this post a space saver in the meantime. If I have something public to update then it keeps me responsible for working on it.