Hey all. I have a horrible problem with getting any work done, procrastinating, staying disciplined, and being lazy, so I’m posting this here and I’ll be trying to post at least two times a week. Hopefully that will keep me going and making progress!

So, [FONT=Arial Black]the game. Well, games. It’s a collection of multiplayer minigames. Or would this whole game be considered a minigame with just a bunch of different game modes? Who knows? I don’t.

Most of the games/minigames/game modes/whatever revolve around one simple idea: keeping the players in the dark. Figuratively, not literally (most of the time). The main thing that keeps the games interesting is that the players will be confused or uninformed in some way or another. For instance, in the first game mode being worked on (currently just titled “Boss,” it’s a working title just like almost everything else right now), there are 5+ players. Four or more employees, and one boss. Now, just like in any corporate business, the boss is grumpy, power-hungry, and stern. The boss fires the employees, and the employees, not wanting to lose their job, must kill the boss before they can be fired and replace him/her as the new boss. Every man/woman/llama for him/her/itself!

Except the boss looks exactly like all of the players. This is where the confusion comes in. Now, while they may want to kill their boss, the employees are decent and respectable people. They have no interest in killing innocent co-workers. Since everyone’s identity is unknown, and the boss is replaced once he’s killed, he could be anyone! He could even be that plant over there in the corner! (Not really. He’s a businessman, not a plant, idiot.) However, if he doesn’t fire enough people, he will start getting customer complaints. His irritable, rowdy customers won’t stop calling his cell phone and complaining, and he’ll start losing money (and the psychopathic egotistical employees may or may not hear the phone calls as well)! This will force him to keep firing employees, but in secret.

Many other game modes/minigames are planned as well, and without spoiling what they are, here are some single words to hint at the gameplay:

So, as far as actual progress so far goes… here’s a quick video demonstrating the (WIP) office map and, chat (thanks Jayden Miller for this great, affordable chat system!), and art style:

Pretty much everything is unfinished and subject to change. This project was started 2 days ago (planning) and all of the actual work (modeling, programming, concept art) was started yesterday.

Well, that’s all for now. Should have more screenshots, videos, etc. coming up soon. Feel free to comment with questions, criticism, feedback, etc.! Thanks for reading!

Set up the chat to choose a random name and ID number for the player. Also set up placeholder (probably. I like how derpy the movement looks :P) character models. 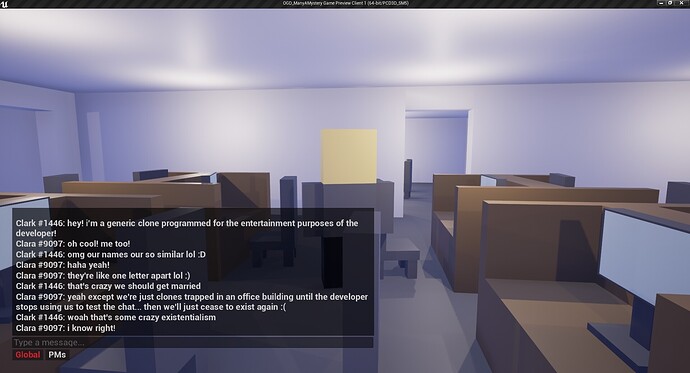 Added microwaves, a counter, and cabinets to the break room, as well as potted plants scattered about! Woo, plants! 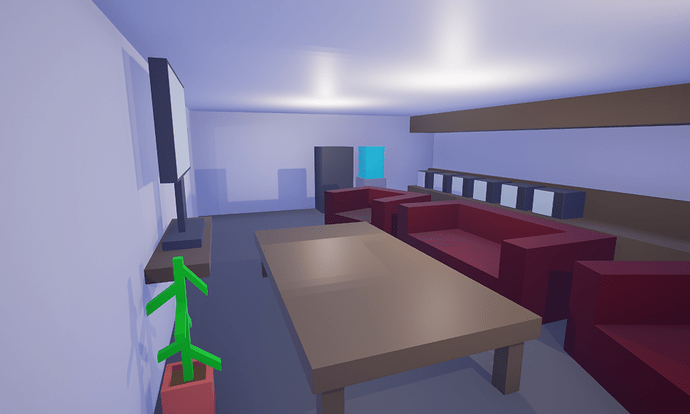 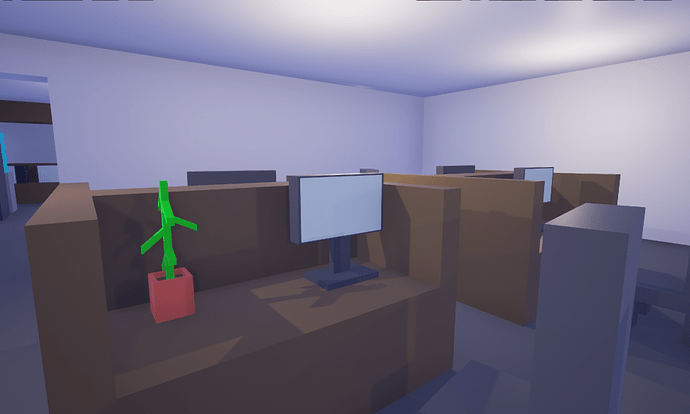 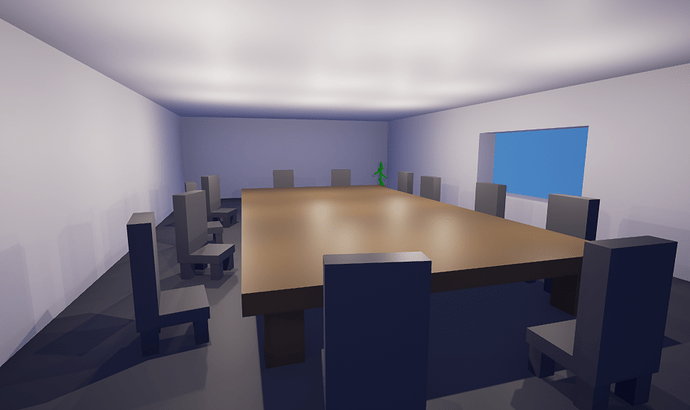 Added some stuff in the private office. 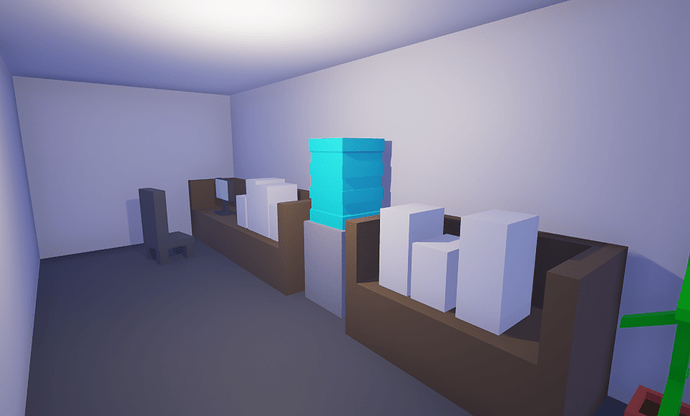