[WIP] Lurking in the Shadows, a First Person Horror/Suspense Shooter

Lurking in the Shadows is a multiplayer horror/suspense first person shooter. With ideas present from the popular 2007 Source Mod, “The Hidden”, it’s a kill-on-sight world when you’re fighting up against an invisible enemy, The Lurker. Will you defeat it all and live on to be the best? Or will you get slaughtered amongst your teammates?

As a first Steam release, we will be developing around the Steamworks SDK and will support all forms of modding to the game, whether it be new character skins, new maps for you and your friends, or new game modes to be played with your friends; we support it all. You will have complete access to the Steam Workshop and you can change different things about the game and show off your skills to defeat them all! As we are releasing for Steam/PC platforms first, we are going to develop fully around that first and then port to consoles like the Xbox One and PS4.

As the plans of Xbox One Scorpio and PS4 Pro roll around, we will develop for those after the intial console release and will be sure to have running properly for a smooth launch and playing field for all players. All Servers will be secured with that platforms cheat engine, such as the VALVe Anti-Cheat System, for PC. 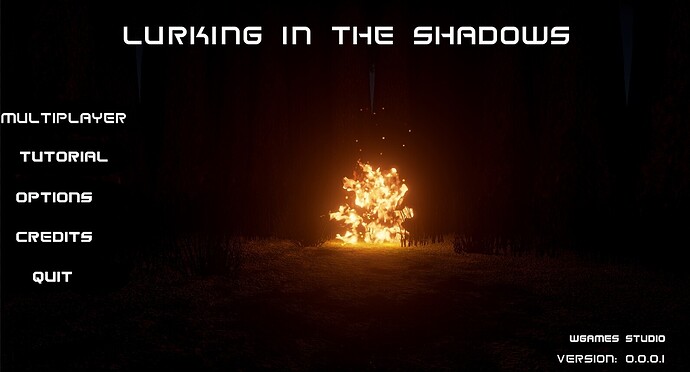 If there are any questions please ask!

If you would like to contribute to bringing this project to life, please go here: Lurking in the Shadows by WGames Studio (deleted) — Kickstarter

Wanna join the Discord and be updated on the latest news? Join here: Discord