Hello!
Today I’d like to share with you a map I’ve been working on. While it is in its very, very early stages of development, I’m excited to reveal the lost islands of Eden. This map will be exclusive to my dedicated server(s), the first of its kind will be medieval/primitive themed PVP. Here are the biomes I aim to include:

Obviously the road ahead has quite some miles, but I’m excited to see how this pans out. Specially with vegetation. Anyway, finally, here are some screenies! (Note, NOTHING is final)

Your landscape is god like, did you use World Machine to generate that?

Your landscape is god like, did you use World Machine to generate that?

Thanks! The texture is actually just the original TheIsland texture on my own terrain, which is why it might look a little funky. This is obviously just a placeholder.

As far the terrain itself, I was debating whether or not to drop money on World Machine or World Creator. I heard a lot about World Machine and how well it integrates with Ark / UE4, but I decided to get World Creator because of the Iso-lines feature. This gave me control of the shape I want for the islands, whether it be a general shape or detailed. I liked that a lot!

This map is my third after getting a feel for how iso-lines behaved. I’m very, very happy with the result.

On another note though, I for some reason, could not import a 16-bit raw file with an 8k dimension, it would cause the ADK to crash, so I had to downscale to 4k. This map as of now is around 4x the size of The Island. All I did was manipulate the scale. As of now, I have no idea if such a large size will cause issues, but if anyone knows from their own experience I’d appreciate the info!

Well, it looks like the last ADK update broke foliage painting, but that’s okay. I really should progress on my landscape textures. For my first time using UE4 for anything, I’m quite proud with my Landscape material and how its turning out! It’s nothing like The Island (yet), and lacking foliage makes it feel naked, but I think I can start to see an end-product here! It’s really hard to get an idea of how big Eden will be; the best I can do is place a bronto for scale! Also note: this is just a first pass on textures and a WIP. I’ve yet to add some biome/region textures like forest floors and the like. Anyway, here are some pics! 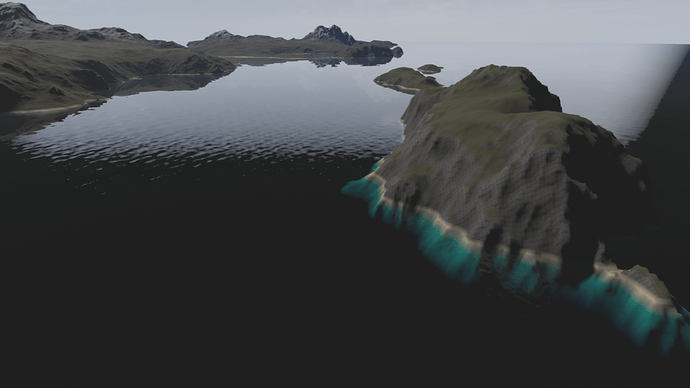 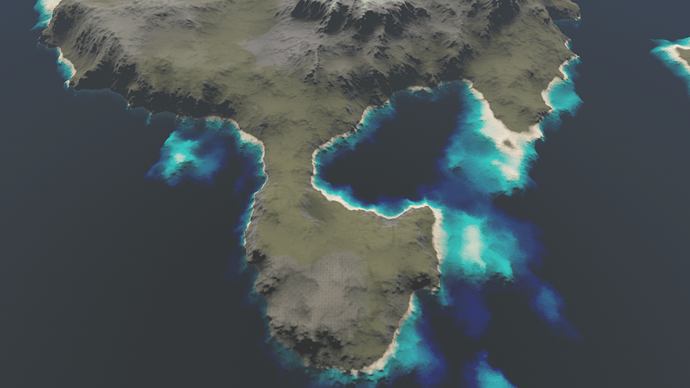 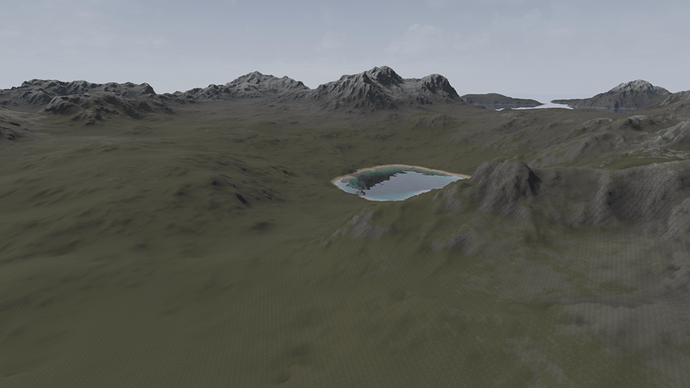 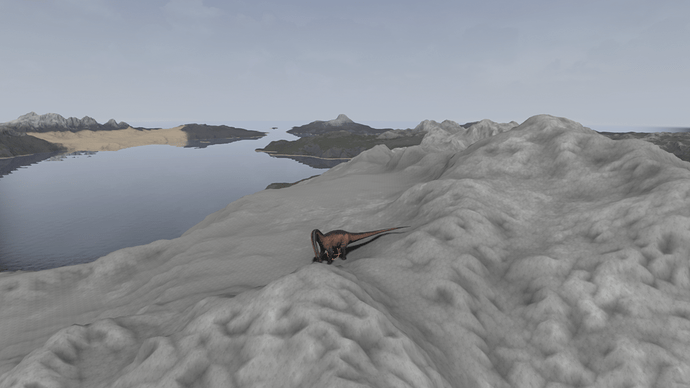 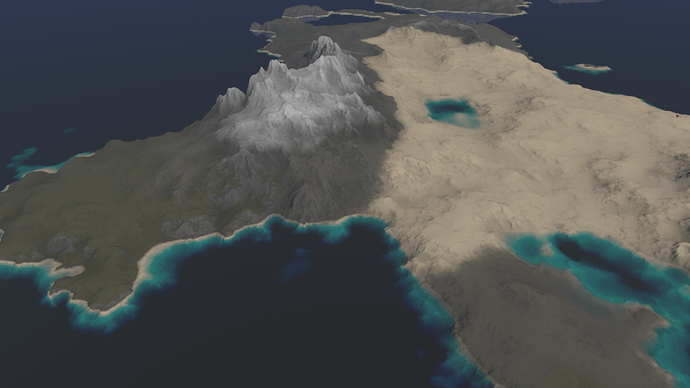 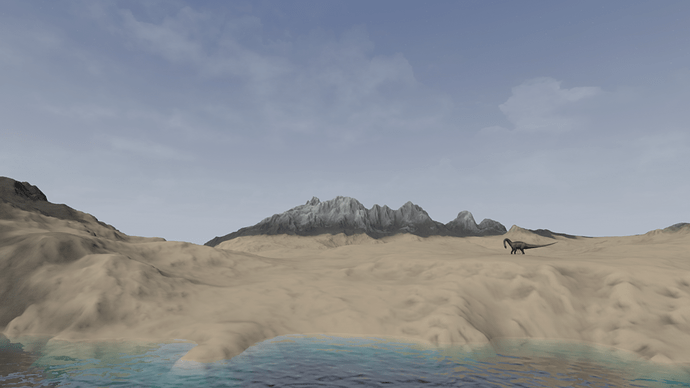 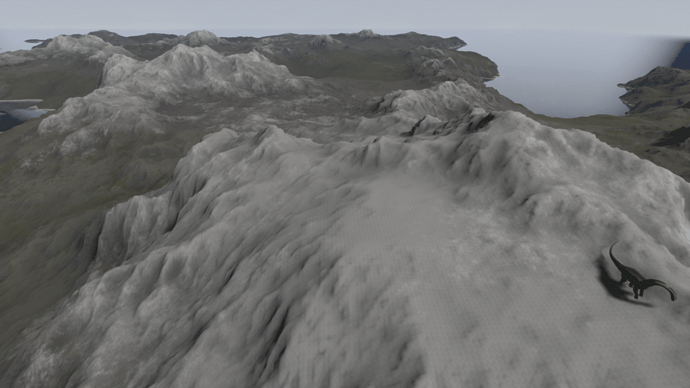