Hi.
So, at start I’d say I’m just a big fan of Final Fantasy games series, especially Final Fantasy VIII, it’s my number one. That “freakness” made me to think about remaking FFVIII on Unreal Engine 3 (That was my first idea), but I didn’t really know much of UnrealScript so I abandoned it, and then Unreal Engine IV appeared that don’t need any UnrealScript to progress. Everyone should keep in mind that it’s fan made game based on SquareEnix game, so in final form it wouldn’t be able to release commercialy and probably non-commercially also, so it’s just a showcase like project at now. I changed this project from typical turn based RPG to action slasher RPG, so it looks like typical hack’n’slash game in whole FFVIII universe, or at least I wish it looked. Currently I managed to create only whole basic system of player.
Full AnimationBlueprint animation with blocking and attack options. For the next update I’m willing to recreate whole Dollet rush scene. The hard thing is I’ll have to recreate whole scene just from a pre-rendered original BG like this: http://img3.wikia.nocookie.net/__cb20080207095114/finalfantasy/images/f/f7/Dollet_10.jpg

Nah, I’ll stop talking and show how it looks: 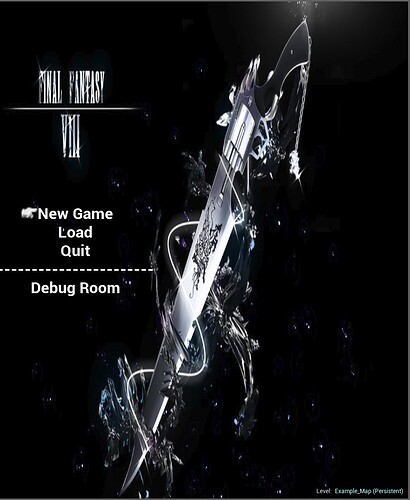 621f0aaea7.jpg841×1025 137 KB
This is a UMG menu, with fully working cursor using Opacity and SWITCH instructions for Up and Down controls from Player like this: 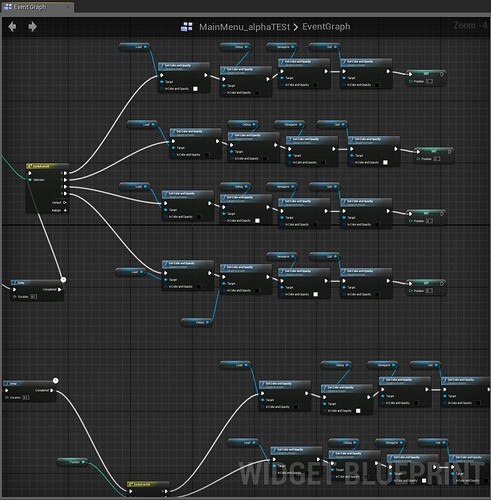 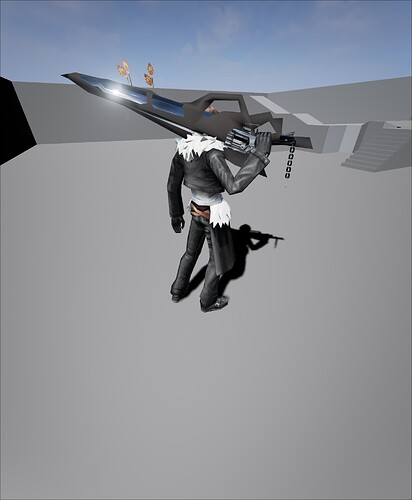 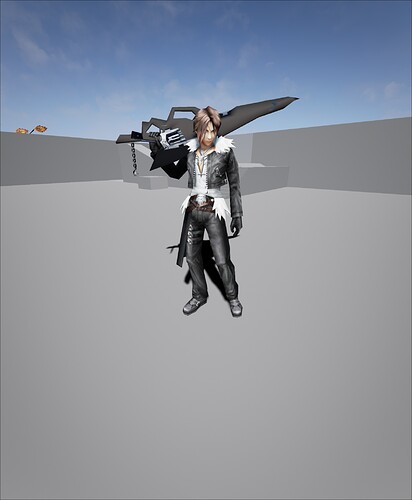 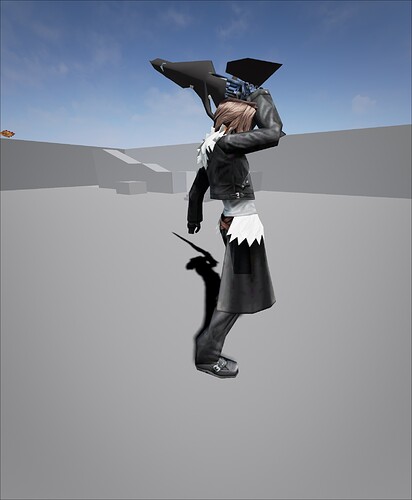 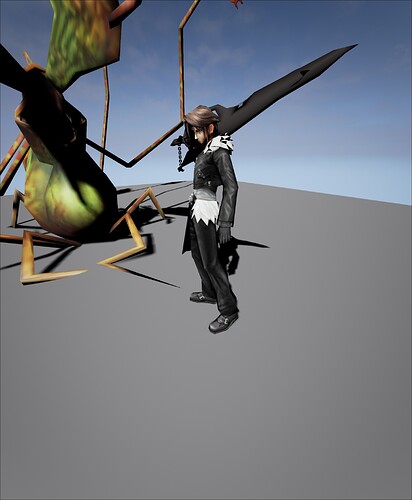 Squall (Because that’s main chara name) can attack, block attack, jump (jump start, jump idle, jump end animation) and run around. Today I wish to complete HUD and maybe start designing dodge system CTRL+ directional key for dodge in specific location. Tell me what you think about it.
Sorry for no video, but FRAPS can’t catch UE4 and CamStudio renders in low bitrate.

HUD designed, it is as it’s now. I’m planning to add some controls and HUD informations for Skills, magic, items etc. like in KingdomHearts. At now I have to connect HP and Mana to real variables in Pawn class, but for that I need Blueprint interface and that’s a thing that I have to do with tutorial. I already made working BPInterface, but I won’t replicate it from mind, so I’ll use some help later. Currently it’s sunday and I’m off for relax. Have a nice day!

Interesting. Aboput graphics you can use material specular and roughtness for the character clothes and metal parts. will it play like Crisis core on PSP ?

Lol, while reading your reply I was currently downloading Normalmap plugin for PhotoShop to do NORMAL+SPEC maps.

I tested it using simple TriggerVolume with ApplyDamage().
4.Redone damage count to use with no float after point numbers with Floor and Clamp
5.Made use of bBlocking bool, so if character is blocking it reduces damage by this: Damage= 0,5 * damage (so it’s clearly 50% of basic damage)
6.Made simple dodge system using animation + set player location with location of box behind player attached to him as child, so character is always flipping back no matter which side he’s facing off.

Dodge is hardly to be presented by screenshot, so I just leave it. Here’s BP screen:

Current goal list for next few days:
*Fix dodge system (Character should move smoothly, not instantly beign teleported)
*Enemy Blueprint (Show enemy HP distance based, it’s also “fight mode” so it starts battle when enemy is near character, otherwise it’s just patroling)
*HitBox for sword, attached to bone on sword, so if bAttacking(true) it deals damage any 0,5 second HitBox hits enemy
*Enemy Blueprint (Enemy strikes every FRand() when distance is acceptable by “fight mode”
*Special attack with MANA use
*Mana interface for HUD (I didn’t make this by the same time as HP, as it’s no use currently)
*Experience dialog box when monster killed (UMG?)
*Party characters portraits if any
*Party AI - follow player, if enemy nearby in fight mode strike it.
*Animation for “took damage”.