It is an homage to Dark Souls, and features:
-Dark Souls Controls and Targeting
-Multiplayer pvp and co-op (in progress - will post video)
-Opening Chests and doors
-Changing armor and weapons
-Skeletons to kill
-Uses Infinity Blade Assets (thanks Epic!) and other Marketplace Assets

looking great so far, will be keeping an eye out on your progress.

Dude yyyeeeeeesssssss!!! This is sooooo awesome!

Is that the maze generator that is on the market place?

I was looking at the Dungeon Architect plugin for UE4 and another asset piece for a dungeon crawler I was thinking of making.

Thanks SaviorNT - The dungeon was quickly blocked out using BSP and a texture with world aligned UVs. Worked really well - might upload short video tutorial on it…

Maze generator also looks really cool - was planning on investigating that at some point.

If you could do a tutorial on it, especially about world aligned UV’s, that would make my day

You should also take a look at the dungeon architect plugin (hopefully it will go up for sale on the marketplace): Dungeon Architect - Work in Progress - Unreal Engine Forums

If you could do a tutorial on it, especially about world aligned UV’s, that would make my day

Here is a quick tutorial on blocking out with bsp and world aligned uvs. 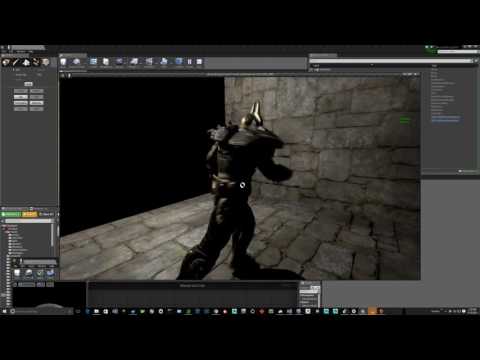 Hey that looks awesome, the textures and animations are also from the Infinity Blade assets?

Looking very nice ! I think it needs some work with animations but its a WIP … I also think you should have more columns , some moss/vines on the walls , some fog , maybe some red smoke effect on the eyes of the skeleton but other than the like the movement system looks very very nice , also the HUD looks similar to the one in dark souls

Columns, fog, and smoke is great idea… going to add that.

Been using animations from Infinity Blade, as well as a few Marketplace assets such as Kubold’s Sword & Shield Animset Pro and the Dynamic Sword Animset.

Here is a super short teaser of skeleton losing head: 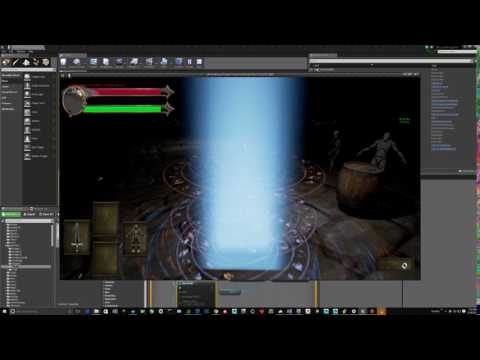 This is the first video of multiplayer network support!

I am planning to target both coop and pvp.

This video demonstrates replicating combat and movement using 2 games on the same machine.
Also ledge grab and climbing is replicated as well. 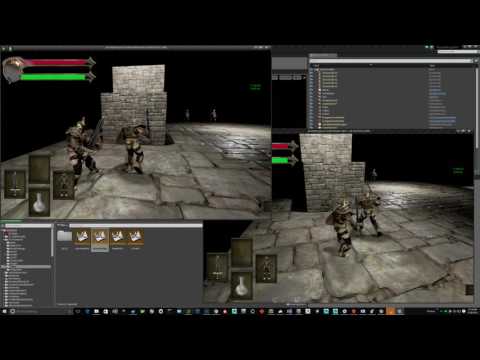 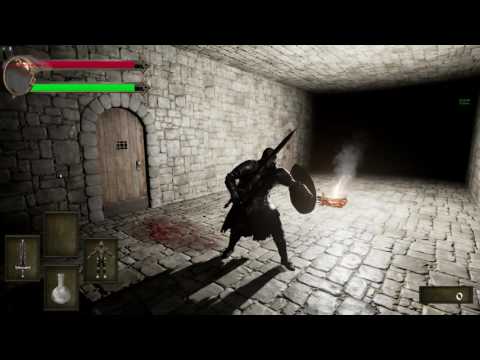 The knight is the subject for an upcoming training series on Patreon created by FreemanNGT. The series will focus on taking a game asset from concept all the into Unreal. (Patreon link coming soon)

How do you handle the collisions of the sword against the enemies? Like it can be seen around, with a few sockets along the blade, and some traces each frame from the previous position to the current one?

Thanks Zoubi - I tried a few approaches, and currently ended up using something similar to what you described.

Every tick, on the server only, I do 3 raycasts:

This seems to work fairly well - I may add an additional “middle of the weapon” to “middle of the weapon last tick” if I seem to have any issues making contact.
I may also consider using different casts for different weapons or attacks. e.g The thrust attack really just needs the single cast from tip to base, while a hammer smash has different considerations.

The rest of the combat involves determining staggering, blocking, which attack lands in case of tie, etc…also when to defend ,retreat, advance.

I am currently investigating behavior trees - right now most of this logic is in blueprints.

Before using multiple raycasts each frame, did you try to use a simple capsule / box collider around the blade, and use the embedded OnComponentBeginOverlap functions?

Before using multiple raycasts each frame, did you try to use a simple capsule / box collider around the blade, and use the embedded OnComponentBeginOverlap functions?

Yes, I did try that approach.
Unfortunately, it seemed particularly susceptible to missing collisions.
CCD did not seem to help either.

What has your experience been?

Dark Souls or Dark Soles? you title vs video naming is different, seeing Dark Souls is already a game you mite not want to use that, nice work so far i see your also using the ARPG inventory.

Yes, I did try that approach.
Unfortunately, it seemed particularly susceptible to missing collisions.
CCD did not seem to help either.

What has your experience been?

Pretty much the same, except I have a parameter which drives the number of traces I do between the hilt and the tip