The Development Team: Currently I am the only developer on the project. All assets, including models, sounds, maps, materials, post-process shaders, code, blueprints and trailer/trailer music have been created by myself (with the exception of player models which currently use models provided by the starter content).

**Vision: **“Minutes to learn, a lifetime to master”. The goal is to create a game focused on competitive play. There should be no aspects of ‘difficulty seeing’ such as camouflage / dark areas on the map, everything should be customisable (including enemy colours, weapon trail colours, detail levels etc.), and volume levels should not matter. The game should be simplistic, both visually and conceptually, and easy for new players to pick up and spectate. This is based primarily on how professional Quake players choose to customise their game in order to get the best advantage. Such as using full bright player models.

A further vision is to create a game that has an all encompassing movement system which can be used for speedrun challenges. Many elements of the game are based on Quake / Half-life / Counter-strike (KZ) movement skills. While remaining simple to use with only the regular number of keys (crouch, walk, jump, WSAD).

Core / Unique Concept: The concept the game is based around (not revealed in the current teaser trailer) is sound visualization and its interaction with the custom movement system.

I’m saving a lot of the details for when I make a Kickstarter campaign, but this is the basic premise. Soon I’ll be looking for outside help on developing assets (mainly maps / modular map elements) and other areas where I fall short. Any feedback appreciated!

Make this free to play, add weapons and character skin micro transactions to generate some money back. I dont like the neon style so much, maybe you can tweak that a little bit. If you need any assets, weapons or models you can contact me. I am a 3D modeler, level designer, animator. Maybe i can spare some free time to help you make this work.

Hello chamsFPS, Looking good. The game mechanics sound very interesting. The visual style is unique, but, may require a Siezure Warning. Offering the Player options to adjust Emissiveness should satisfy both your vision for the CHAMS and the Players.

Thanks for the feedback.

twanies: The game will probably end up being F2P, but at this stage I didn’t want to claim it, in case things change. I’ll definitely be tweaking the visuals, probably will become a lot “calmer”, based on some initial feedback of the game. Thanks for the offer about helping out! I’ll likely be in touch soon. My main issue (since I’m not a modeler or mapper) with making the assets myself, is I’m struggling to get the visual style just how I have it in mind. So someone with more experience would definitely help take it up a notch.

TechLord: The eventual goal is for all visuals to be entirely customizable. So players can choose whatever colours, brightnesses, textures, suit them best. I always liked the idea of config sharing in Quake when people customize their game/hud etc. to their needs.

The only real problem I have with the game is part of the art style - because the environments are largely black, it makes the environment very difficult to read, which is kind of important for a fast paced shooter.

The only real problem I have with the game is part of the art style - because the environments are largely black, it makes the environment very difficult to read, which is kind of important for a fast paced shooter.

Here is an update to the visual style. More time was spent creating the map and on lighting. Things are still stylized in a similar way but are more easily visible, with less dark areas.

Looks like a very cool project. I imagine this is lots of fun to play with friends. I personally prefer the original style

Very nice, especially for a one man team. I’m with Thorax though, I really love the original style. Keep up the good work. =)

Love the look of this in the trailer! (although the name did bring back nightmares of playing Combat Arms during the hacker haydays lol). Very cool idea though!

Love the look of this in the trailer! (although the name did bring back nightmares of playing Combat Arms during the hacker haydays lol). Very cool idea though!

It is actually named after the ‘hack’ effect of people being visible through walls, with a different colour for the obscured parts. You’ll see this effect more clearly in upcoming videos.

Very nice, especially for a one man team. I’m with Thorax though, I really love the original style. Keep up the good work. =)

Thanks! I’m hoping to find a nice mixture between the two, I think both have advantages. By the way, I liked the look of the modular scifi pack, inspired some ideas for the map style of this game. 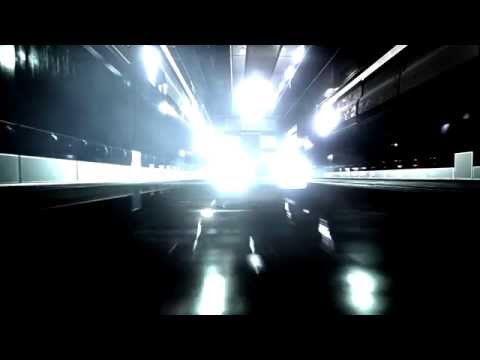 Spent more time making models and materials for this test clip, a bit closer to my goal visually.