I am working on a very basic physics driven billiards arcade game in Unreal Engine 5. It is very much a work-in-progress, but we all have to start somewhere.

I have a rudimentary implementation of the following functionality in place at the moment:

1 - The player can execute a strike on the Cue Ball. (even if it is only at the same force each time)

2 - The table has a controller blueprint that can; Monitor the table to see if it is in play; Remove pocketed balls from play; Reset the table to a previous state if the Cue ball is pocketed; And monitor if the table is cleared to reset for the next round.

Next I will be working on refining the gameplay. If anyone is interested in following along, here is a YouTube video with my first developer log for this project. 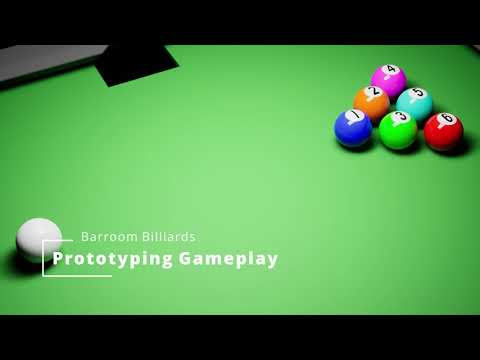 Hello everyone. I should have the next developer update ready for this weekend.

In the meantime, I did manage to update the low-poly developer art from the last post with something a bit better.

Here are some screenshots of the Work-in-progress table environment update. 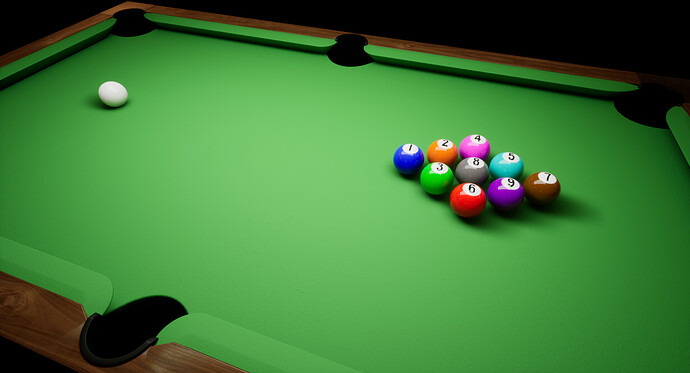 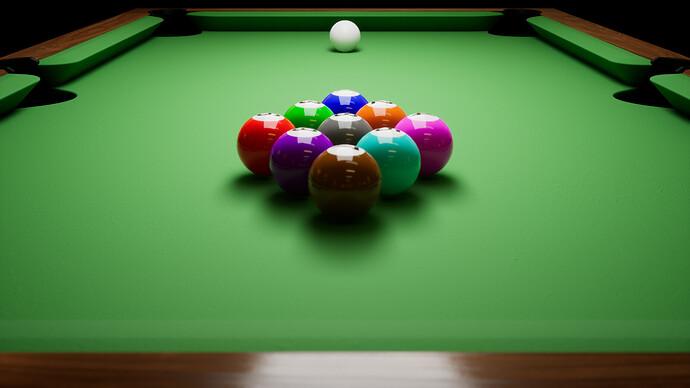 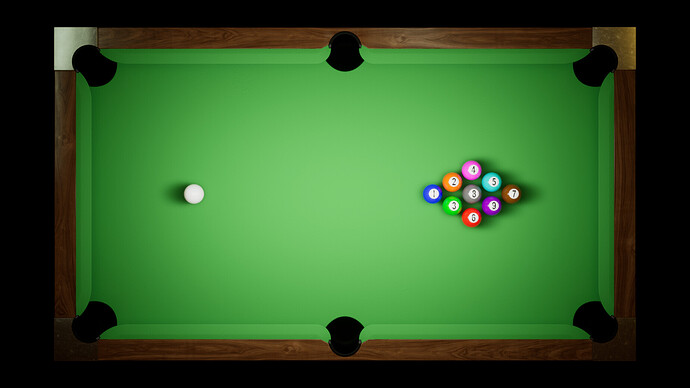 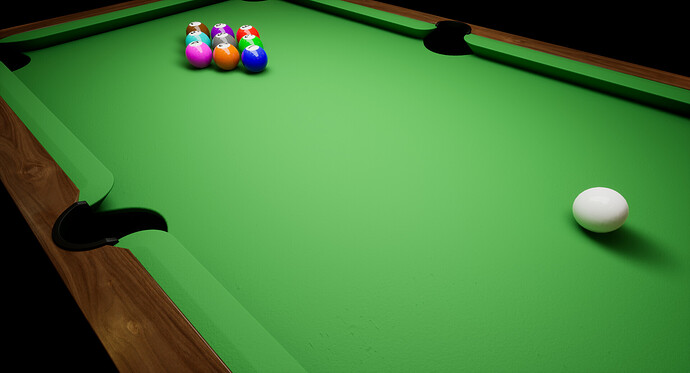 Hello everyone, I hope that you have all had a great week?

I have made the following updates this week to the Billiards based game I am working on in my spare time. 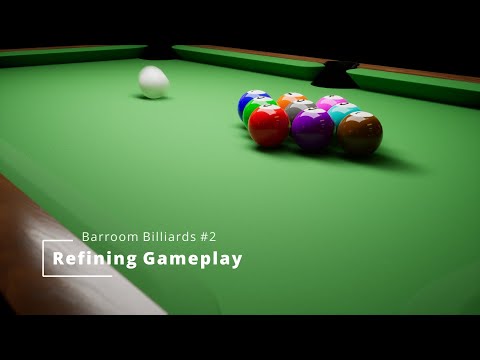 Very nice, like the look and the reaction of the balls when they are hit. Good job, looks like a good game of billiards.

The next Barroom Billiards video update will be ready this coming Friday. (work has been a bit hectic this week during month end)

In the meantime, I have done the preliminary table layout for 4 more game stages: 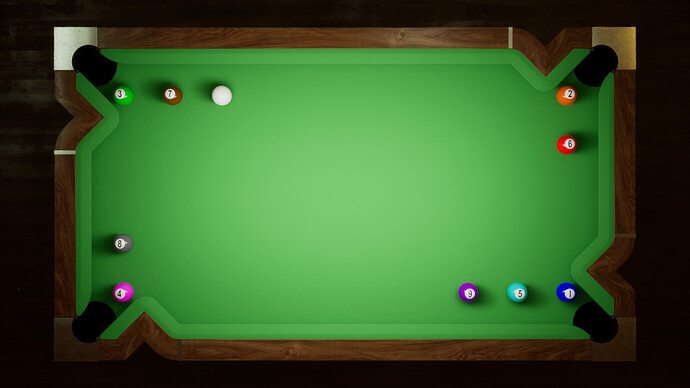 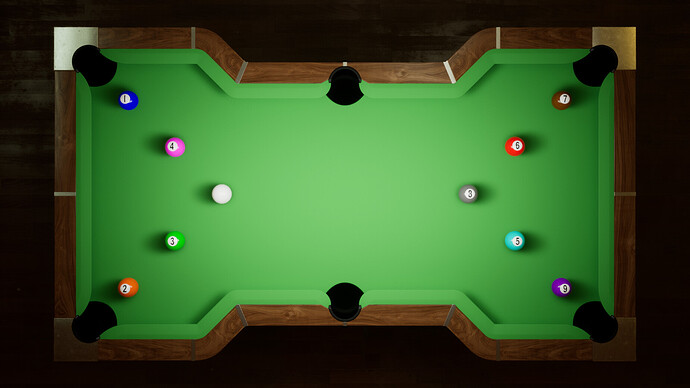 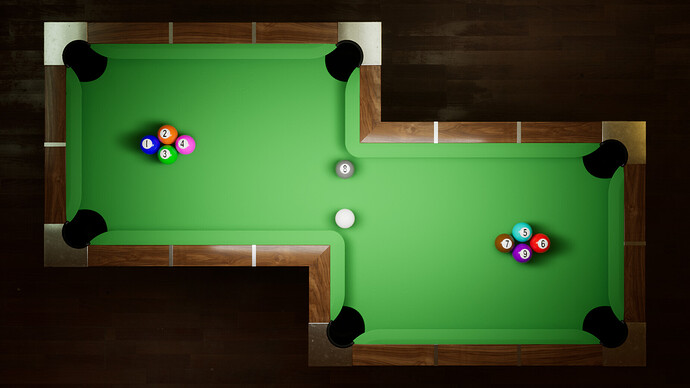 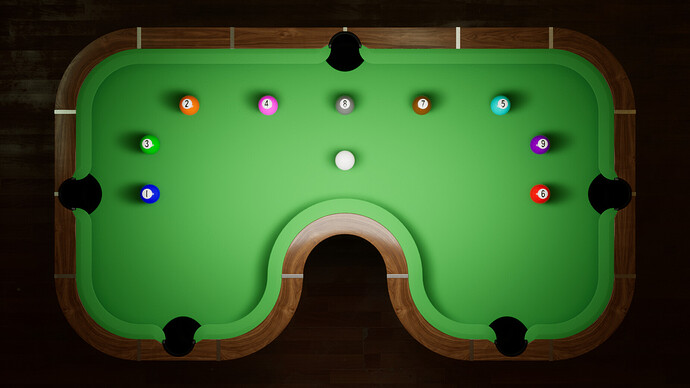 The 5 stages I have ready will be used for an early playable demo to get some gameplay feedback.

Hello everyone. I hope you all had a good week?

For this week’s development update I managed to incorporate the four new stages, I modelled last week, into a small playable build of the game. Here is what all I managed to add:

Here is a link to the third development log: 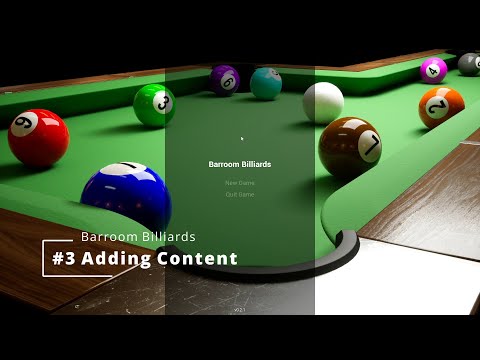 I also uploaded a unedited video of the raw gameplay footage for those who might be interested to scrub through: 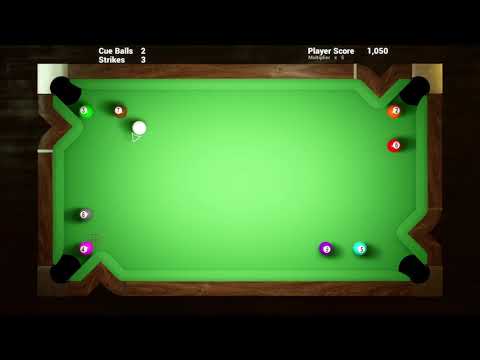 I am in the process of setting up the production phase for all of the stages for the entire game. I would be interested to find out what the community’s thoughts might be on the following:

1 - How many stages would be the right amount for this type of game?
2 - Any shapes or ideas for the table stages they might want to see in the game?