Baby Dinos is the mod that will bring your dreams of becoming a parent of a dinosaur true! The mod will allow you to hatch all the current eggs in the game.

Here’s all the nests as of now: 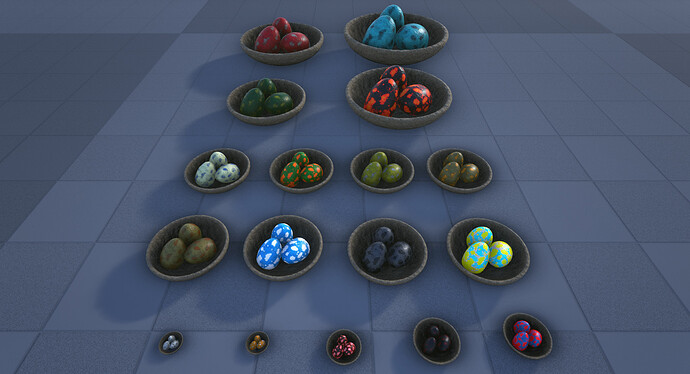 Well, dont want to break your flow but dev said baby dinos is already in their plan
So you might want to wait for that before spending tons of time on this

Thanks! Yeah I figured they would, using this more as a learning resource than anything.

Decided to do a little bit of modeling. Here is the incubator model. I hope to have it set up to change materials at runtime based on activation. 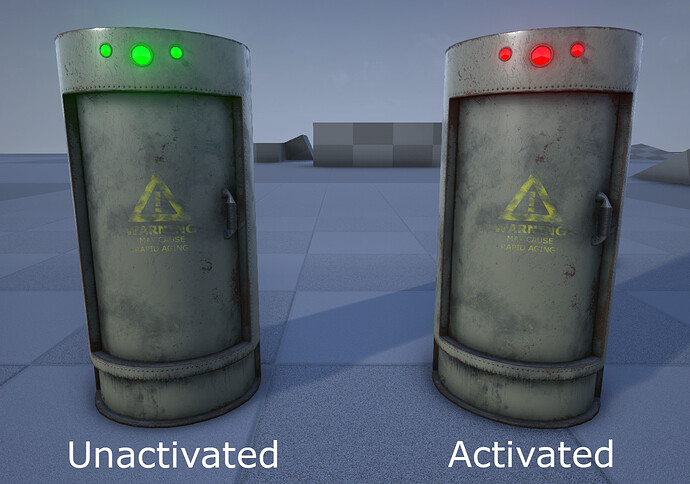 Ya beat me to the punch =P. I was working on something similar, except with genetics in mind. I got the hatching stuff down (minus the baby), and even have it where you need a mother/father dino to be by the nest for the egg to hatch. Your nests look way better than mine (I’ve been using a campfire =P)

But until we are able to get/set the teams of objects and dinos via event graphs, I’ve put my mod on hold. No sense hatching a dino if you still have to go through the trouble of taming it. It’d be shorter just to go out, find one, and tame it. Otherwise, you wait for a baby to hatch and then have to knock it out with a rock to tame it. That’s just bad parenting.

If you’ve found a workaround for this team setting issue, I’d be interested to hear.

As far as I know there is no way of doing it through blueprints. The way I currently have it is I created a custom team that doesn’t target anything unless provoked kind of like a herbivore. The way I was thinking of it was that they would spawn in untamed and harmless then as they grew into an adult which is when they could be tamed to be ridden.

Great work here ! To make It grow you have use what event ?

For the owner issue why not make the baby neutral and use a system like the non violent taming mechanism that when you fully tame it it grow at this time?

Great work here ! To make It grow you have use what event ?

For the owner issue why not make the baby neutral and use a system like the non violent taming mechanism that when you fully tame it it grow at this time?

Thanks! The way I have it set up is there is a loop on the baby dino that increases its size over a set time then it goes back and checks to see if it is at normal size and if not it increases the size more (Rinse and repeat until done.) For the taming I have the baby untamable until it becomes an adult where you can instantly and nonviolently tame it by giving it food (Meat for Carnivores, Berries for Herbivores).

If anyone has any suggestions on a system that might be better to implement I am more then open to listen!

This is what I was trying to do as well but using crop phases instead of a timer loop.

Hey guys I just posted my mod. Go check it out and help me improve it! http://steamcommunity.com/sharedfiles/filedetails/?id=507648142

I’m also poised to implement babies… but I think the same issues you are seeing is holding me back also.

Ideally babies should begin with a particular character BP (low health/stats, small scale, different targeting group). To avoid hassles with attack range/distance, best to make them never attack.
They should be tame-able at this point… though not ride-able. A separate character BP would help ensure this and all the above.

Over a period of time the baby should grow… scaling up to a normal size. Once it reaches say 100% scale… it could be “changed” into a L10 or so “normal” dinosaur with a “normal” character BP. Any existing stat spend would be reset, but that’s ok… players can begin anew with 45 level-ups open to them.

As you’ve said… we don’t really have enough access to the underlying code or actors to do this.

Maybe we need to post in the main forums to find out how the devs plan to solve this… or maybe offer to help them solve it by exposing the stuff we need ?

I agree, we should.

Hey everyone, I just released version 0.9 now of my Baby Dinos mod, you can now breed mammals! There are also a lot of bug fixes.

Hey everyone, version 0.9.7 is now out! It is back to a stable release! I’ve also added Baby Pachys, Pachy Nest and fixed some bugs.

Hey everyone, the mod is now on version 0.12.0! There has been a lot of bug fixes and updates!

Also voting starts today for the modding competition, if you like this mod you can vote for it here: https://na.alienwarearena.com/galleries/photo/42428