I have been waiting for a long time, but it’s there in 4.13 finally! Rendering to a RenderTarget in blueprints!

Here’s short video of how it looks like. It uses post processing material of one of my libraries, but animated droplets are generated in the blueprint!
p.s. It’s very WIP, many things should be fixed yet.

What is the chance of seeing this on Marketplace? Would defenetly buy it.

This will be definitely on Marketplace as an upgrade to the already released library. Although I got first version working only yesterday and there are many things to be done to make it production ready (I’ve also stumbled on some of the UE limitations which I’m trying to overcome). Very approximate ETA is 3-5 weeks.

First version is almost ready and will soon be submitted to Marketplace! 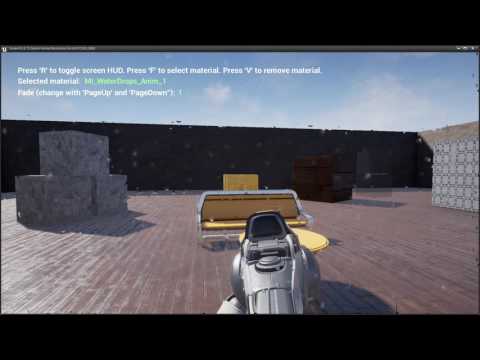 The update has been released on Marketplace as part of Distortions and Blurs package!

If anyone has questions about animated droplets, don’t hesitate to ask