I’m back again showcasing the prototype to my upcoming Action RPG inspired by the story telling and worlds of Final Fantasy and Kingdom Hearts. I bring you Amaranthine Story!

Amaranthine Story is an action RPG built entirely from blueprints within the unreal engine. It is a very ambitious project built on 10 years of stories I’ve written as well a powerful passion for the project. The game is currently in its prototype stage with an open beta now online to acquire feedback for improvement and to comb the build for all bugs. 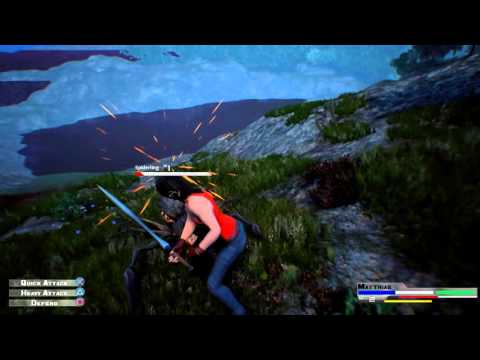 My goal is to win an unreal dev grant to help finish my demo and start a crowdfunding campaign to build the full game on PS4, Xbox One, and PC.

Honestly the Infinity Blade stuff is awesome! There are missing animations though, which limits what I can use. I got around this with the troll by messing with Mixamo animations, retarget manager, and honestly luck. He’s very usable and if I can get the proper funding, I would actually get him remade with the same appearance, just better quality.

I will be introducing dynamic events which are events that occur seemingly at random throughout gameplay.

In build 2, The highly territorial Forest Troll is disturbed due to your presence and will chase you down. He’s very powerful so avoid him in order to level up and defeat him.

Here’s a video of a fix I just finished.

In the current public beta, the enemies response is a little lacking. This is mostly after you attack them. They don’t seem to recover, instead they just kinda following you.

My fix makes them more active. They recover quickly and they try to interrupt your attack. They’re more challenging! 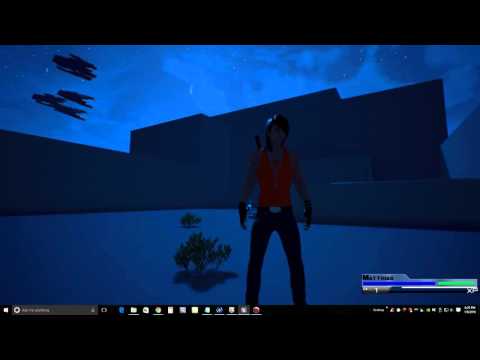 New Image. Finished battle testing some improvements to hit detection using overlaps. Battles have noticably improved. Got the idea to add a split second dodge system on top of the dodge roll. Got to brainstorm some ways for it to work out. Perhaps QTE?

Recently I decided to end my beta and focus on building my demo. I didn’t get as much feedback as I thought I would, but I learn a few things. I took some time to optimize and while I’m still doing so, I’ve condensed the build that will be played during my campaign down to a moment within the demo. My goal is to address level streaming which seems to be the source of my undesirable fps issue while playing in the editor.

I have a new WIP screens from the section of the demo that will be available to play.

I am currently hiring modelers, Animators, VFX Artists, SFX Artists, and I’m looking for anyone knowledgeable with facial animations in UE4 and Apex Cloth for hair as well as Hairworks.

Here is some huge progress on nighttime in the game. I’m using a modified version of Ultra Dynamic Sky.
The modifications are actually additions such as a Dynamic Weather System. In order to achieve this look at night, I changed the curves for night time and the rest is post processing on the follow camera.

2016 is the year of conquering development! I have so many plans to get the game in gear! Anyways, here’s a screen from my build in 4.11. There’s bugs that I’m almost certain is a problem with the editor. My Character is a prototype while my new model of him is finished up.

Great game, i would like to see the new character.
Do you plan some NPC character partner following and helping the player in combat ? This could adds depth to the game and combat i think.

Great game, i would like to see the new character.
Do you plan some NPC character partner following and helping the player in combat ? This could adds depth to the game and combat i think.

I will have him in the next few days. Then I’ll have a little work getting him set up. I am working on a party system. It’s working for the most part, but there are some bugs that’s holding it back. It will be a similar style to Final Fantasy 12. I’ll have a new video shortly!

I’ve been spending time on my enemies making them feel different. I’ve also been working on a party system. Finally found a way around switching characters, keeping up who should use the AI Controller, and who’s the player character. Now I need to improve because I have to destroy and respawn actor for it to use the AI Controller. This means I’ll need to save party member values and restore them to the newly spawned pawn. A lot of work. Got to be a better way to deal with that. Some way to force the pawn that would no longer have a controller to use a specified AI Controller.

This one sits at 27,000 poly and is set up for facial animations. I plan to use Blendshapes to change the mouth and expression. That will be a very big task to learn since there’s barely any information on it. I did breifly talk to the company behind the facial technology for Hellblade and That’s an option post Grant or Kickstarter. Until then simple expressions.

I want to fully utilize the new shaders in 4.11 but there’s next to nothing out there to figure out what the additional maps are. I really wish there were tool tips for those pins. After messing around this is what I have so far. Still a lot of work to be done!
My next task is to reimport him without the clothing and make his clothing changable.

Success with the Curved UI Look. Finally getting a solid direction for the UI and each character’s gameplay. This is a character that changes the battle system into a Third Person Shooter Experience. The Arsenal HUD Appears when the player controls him. My aim is to recreate a system for him that resembles Destiny, Mass Effect, and COD Black ops 3.

Updating Matthias’ Material to get a more realistic look. Still some work to do! 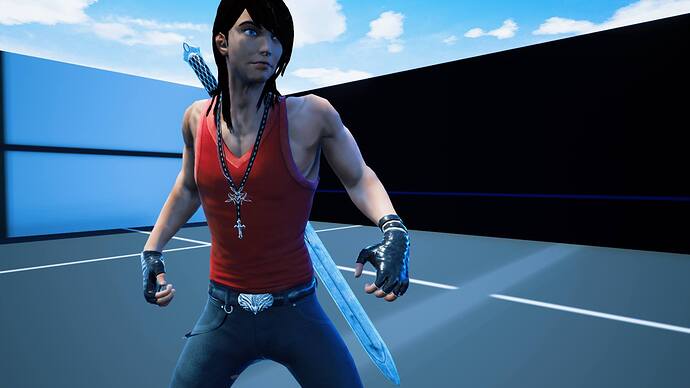 Thanks!!! He needs a few more maps to fully utilize the new shaders.

Affording to further the development is proving to be very taxing on my home life so it’s time to get moving on trying to get an income for the game. I’m a bit nervous about it. I don’t want to make a move too early.

Breaking it all down…

This is not optimized at all. I do think that all of the problems are my computer. I do have A LOT of google chrome tabs open so that’s also a factor.

The level is not complete, It’s not going to be playable, it’s more for the showcase. I do want it to look good though!

I am having A LOT of trouble with inflicting damage based on hit detection, so it’s using overlaps and tracing. The traces actually cause the damage by determining if the enemy is in the correct distance when the attack is triggered. Hopefully I will get a better system in place later.

The drops after enemies are killed are items which will be colored based on rarity. There are 4 or 5 colors and no item drops are not random.

SFX Volumes will be tweaked later and yes they’re off a little.