I know this is super early and a decision probably hasn’t been officially made since the news was announced yesterday, but I’m curious:

Will UE4 support the new virtual reality headset being released by Valve and HTC?

My thought is that if the consumer version is slated for release in 2015 holiday season, that’s a pretty hard set line which will pressure other VR companies to spur their production and release cycles. The race is on to be first to market. Whoever wins the VR hardware race doesn’t really matter to me, so long as the tools I’m using allow me to release to the platform which wins.

On a slight side note: The VR device has a 90hz refresh rate. I went to a dev conference this summer where a dev from oculus said, “120hz or go home.” I wonder if this will be a problem?

I think the refresh rate depends, the same way it does in normal games in an FPS high hz is needed in a strategy game less so.

So in theory if you build a strategy style game where the player is stationary focused on a board or play area you can probably get away with a lower refresh than a player in a racing or moving game.

Also everyone is different so 120hz for some with be a must and others will get by on 90hz.

Valve had a great presentation on presence and the inherent challenges. 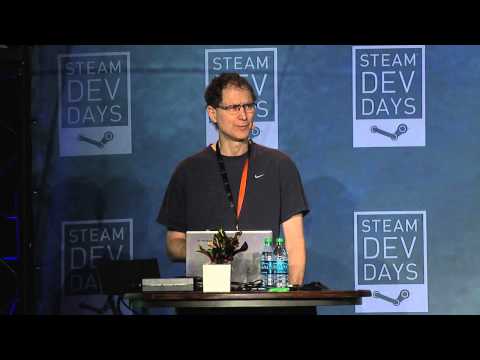 And remember that some people get travel sick or don’t like amusement park rides in the real world.

The necessity for a high refresh rate doesn’t have anything to do with the type of game being made. It’s all about drawing the world fast enough to account for rapid head movements. If your device can’t keep up, the image smears and you break immersion and presence, and … people get motion sick.

The UE4 VR team has been working closely with Valve, and it’s up and running very well on the hardware. Expect the code to be available at an appropriate time relative to the hardware launch!

Thanks Tim, this is great news! Looking forward to develop more VR with the Unreal Engine