I’ve got a widget with 7 buttons that work the same way
they open an other widget, the difference is that thanks to a variable and a “switch on” node they set visible a different panel in this new widget

All works perfectly in the dev kit, but one of them doesn’t work in play : it creates the new widget but without the panel

This is what does the buttons : setting the variable and create the widget 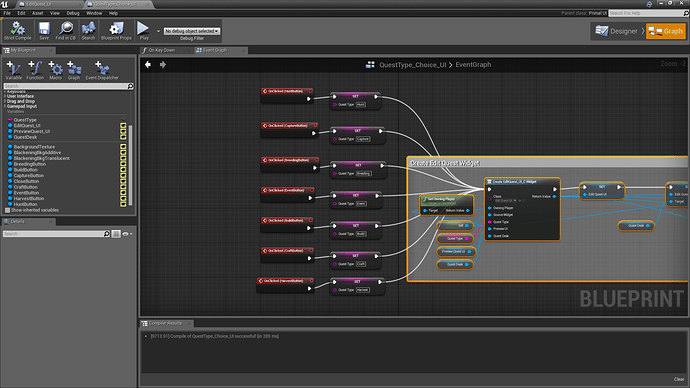 And here, the event on construct of the new widget… there the set Hunt Panel visible work in editor and not in game 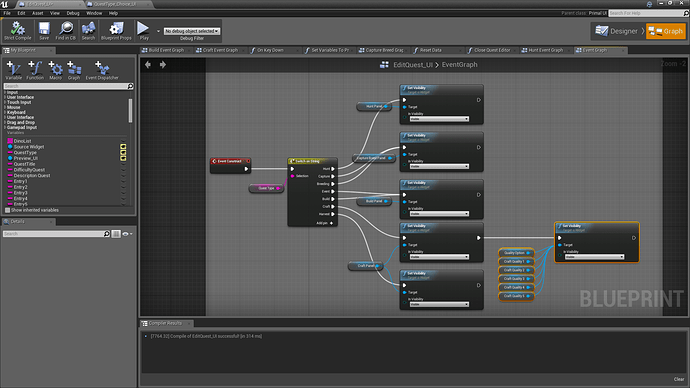 If anyone got an idea on what happened there

what i don’t understand is why it doesn’t work only for this one as if the variable was not read, only in the game when it’s exactly set the same way as the others