Main Navigation Index - what does it Print?

So i have a function set up in a widget that’s pretty simple. I Basically i have tabs set up and when you push a trigger on a game pad its supposed to just change the color of the text. For some reason it just seems like a bug that my widget text is not updating. I could be that ue4 doesn’t allow a change like that in a function but I’m not sure why it would or how else I would go about getting my simple color change.

In the screenshots below my “Video Txt” Is supposed to be that selected purple color. 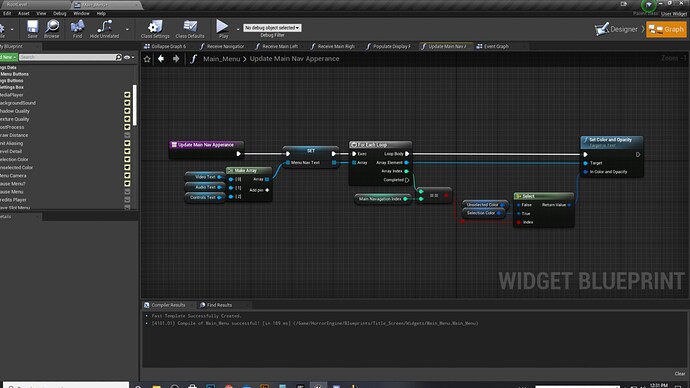 Its printing me out an basic index that counts up till 3. Basically an easy way to keep track of what tab I’m elected on. I’m going to add more functionality later on but My visual indicator doesn’t seem to want to act right 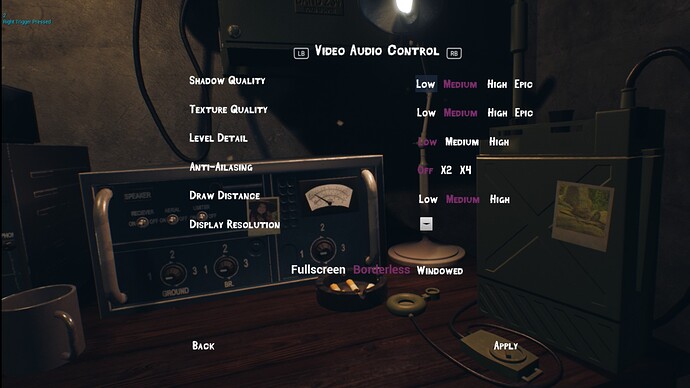 The script you’ve shows looks fine at a glance.

Do some ghetto debugging along the lines of:

Perhaps this will give you an idea regarding what goes wrong.