Why navigation is so bad in UE4?

I have a small group of units, I give them (individual) destination nearby and some simple obstacles. This is the result 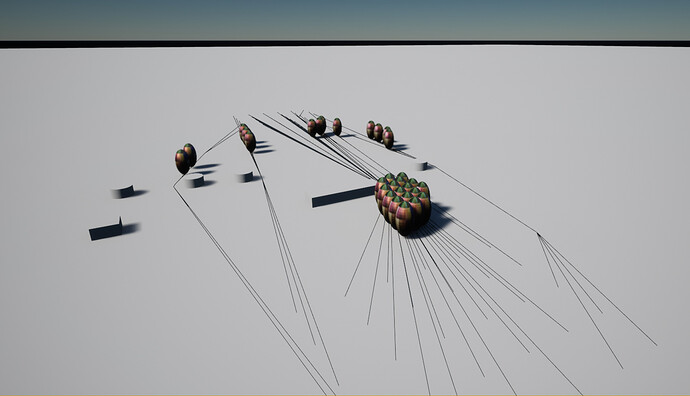 I know that this is not a simple problem. But I expect them at least to… move towards the goal. Most of the time, they got stuck in groups. I tried RVO avoidance - same result.

The Detour Crowd controller is better, but not by much. I’ve seen stuck actors even on empty areas. They just refuse to move on. Most of the bad cases are really challenging, but I would expect this system to solve them more robustly. Like two characters trying to pass through a narrow path. Well - its 50-50… Still better then 100% fail rate when not using it though.

I probably don’t need to say it, but path finding is one of the most important systems in a game. A LOT of games fail because of bad navigation. You just can’t have a stuck/broken character. But this is a topic that continues to be underrated and everything these days is about graphics… While the AI in most games is absolutely terrible. And having robust navigation system is the base for good AI, that’s just how it works.

I agree with your points about making a good game. Bad AI is very annoying. I found this article which I thought may be helpful. I read a number of articles on this very subject myself and found this one pretty informative.

Simple guide on how to create an artificial intelligence dodge mechanic.

I hope that helps but if not I’m sure you will find out how to improve this! It definitely is not a simple problem.