Why is the Landscape Painting tool painting entire grid sections?

Can you post your material setup? And also your landscape settings?

When I am trying to paint a layer on my landscape a whole grid gets painted instead of the brush area I select.

I have 3 layers - rock/dirt/grass and it is the same with all 3 and on a new level with the same landscape material.

Are you talking about terrain created from outside UE4 or UE4 Terrain Tools?. Either way, “rock/dirt/grass layers” have to be setup properly. There are tons of tutorials out there as well;depending on the level of layers painting in question.

Thanks for the reply I am new to UE4 and I’ve followed a tutorial to set this up.

Could you also post the link to the tutorial you followed? This maybe something we have been looking into.

The issue seems to of sorted itself out, seemed like the shaders needed to compile properly

The issue seems to of sorted itself out, seemed like the shaders needed to compile properly

Okay, I’m glad it’s working for you now. I’m going to mark this answer as correct for tracking purposes, but we’ll keep an eye out to see if this issue pops up again.

I am having this issue in 4.3.1.
I used this tutorial also: Texturing a Landscape in UE4 (Unreal Engine 4) - YouTube

The shaders have long since compiled multiple times and this also persists through Editor restarts and full builds.

The workaround here of letting shaders compile does not work because they don’t recompile. Why is the landscape paint tool painting the entire grid sections? - Rendering - Unreal Engine Forums

EDIT:
When I picked a different material other than rock, and tried to paint, it actually did paint, but caused a ton of black stuff to appear and it seems to have changed the scale of the texture on the grid cells too. Shaders are compiled. 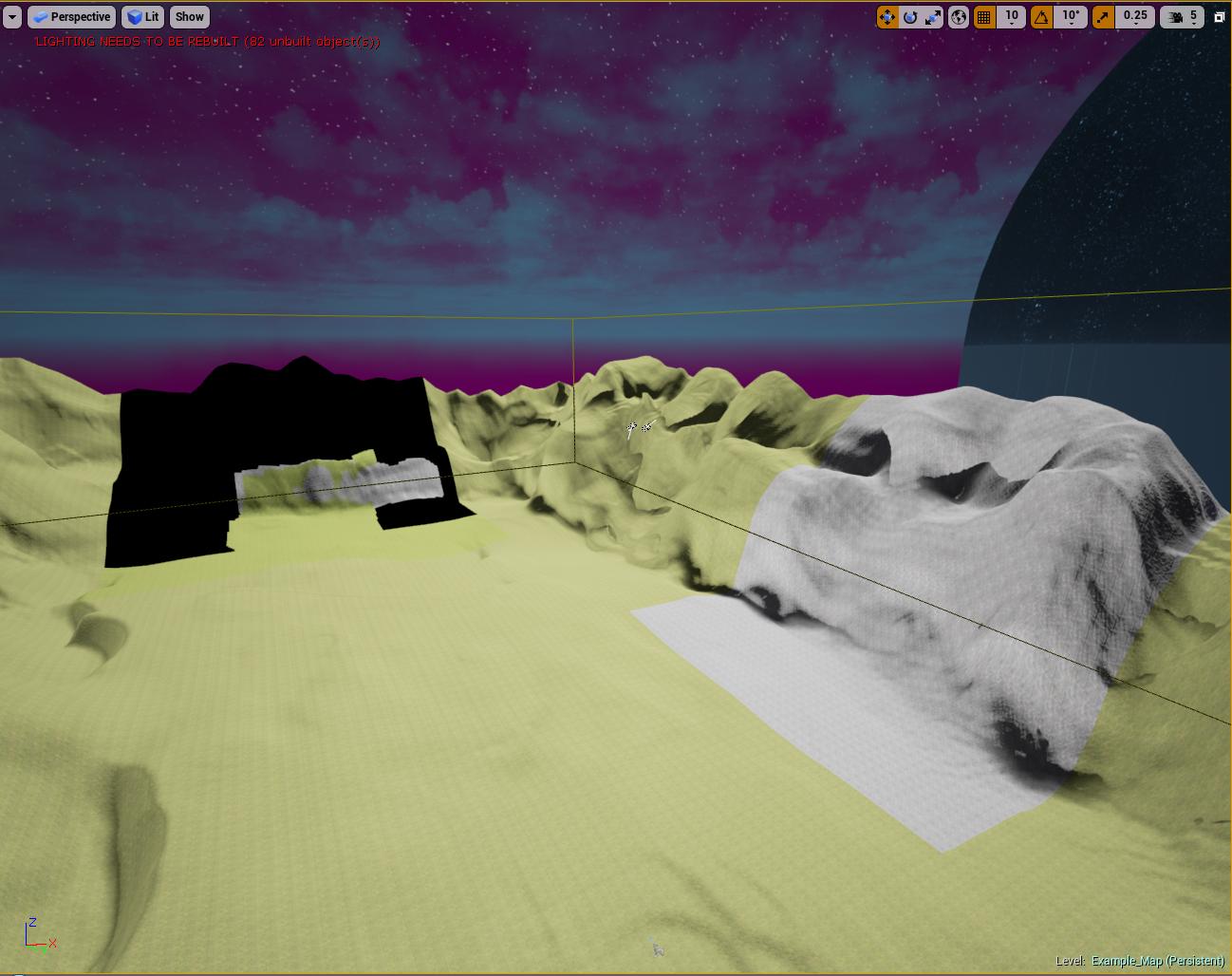 Our developers are currently looking into improving this process.

As a workaround, pick the material that you plan to have as the base for the entire landscape. Increase the brush size and paint the entire landscape solid with that texture. This will get rid of any of the black spots and then you should then be able to paint with any of your textures without issue.

If this doesn’t work for you, post back here and we can continue to troubleshoot.

Thanks! Yeah, to get it functioning somewhat normally, I had to paint every terrain grid cell with every layer of the texture. Each click of the grid with a layer would cause it to either go black or fully that texture. From there, you could paint over the black.

I have this issue and am unable to fix it.Has anyone figured it out

This report was posted for an bug in version 4.1 of the editor. Although similar to your issue, the solution will likely be different if you are using a more recent version. Could you post your issue as a new report in the Bug section?