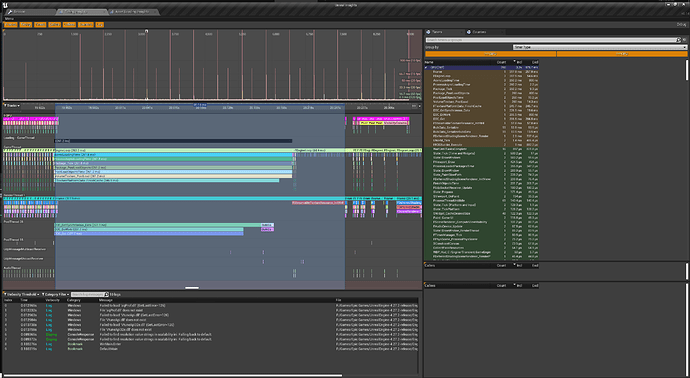 I followed this offical UE guide on Soft Object References to load assets into memory on runtime in the background.

I am using blueprints and a list of soft object references to load the textures of a volumetric video. I am loading a 6k 8-bit grayscale texture and a 3k RGBA 8-bit texture every second. I delay loading the second texture for half the animation frame time per second. In theory they should be around the same size. But the 6k 8-bit grayscale texture cause a lot more lag than the second one. The UE insights recording is from the Editor, but this happens in the build version too but it loads a bit faster.

Disabling the Async Load Asset and just letting the rest of the script do its thing without loading textures causes no framedrop or is even visible in UE Insights. Using smaller textures reduces the loadtime and the framedrop, but they still halt the frames which is not what Async load should be doing.