Why enemy did not destroy

Why my enemy does not destroy if my projectile hit him but instead he moves little bit to left or oppsite direction where projectile hit him and then continue normal. but i dont want it . i want him to destroy after getting hit. so strange

please show how you are calling the destroy of the actor when you hit it.
there are quite a few different approaches to handling this, and we need to see how you are doing it to troubleshoot it.

that sounds wrong, cant you just use printscreen and put the result in mspaint and upload it?

you can call the destroy in the projectile, but its better to do it in the actor, not both places.
if set correctly you can have the projectile destroy itself on impact, and the hit actor can then destroy or injure itself.

onhit → destroy actor (with no reference will destroy itself, if you want effects do it before calling this node as the actor will just disappear instantly.)

Now i can hit killl my enemy its work but new problem appeared i said -20 damage when get hit but when i hit him he dead in 1 shot and in printstring information its says 100 but my character is also 100 so i tried to reset to 500 but it automatically reset to 100. here i will show you photo 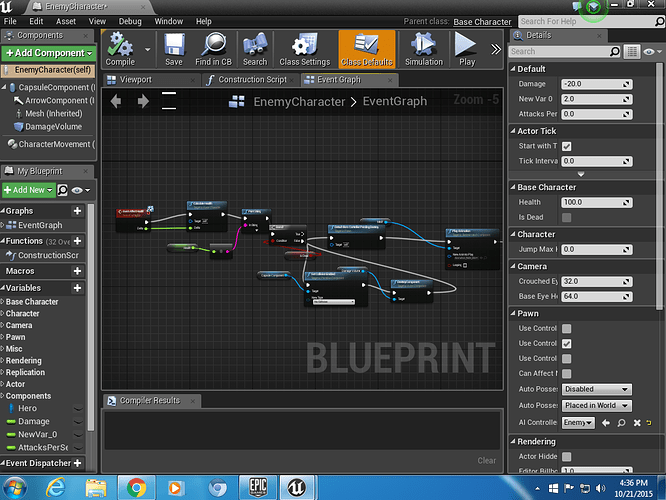 This the photo of enemyai blueprint and here is projectile photo 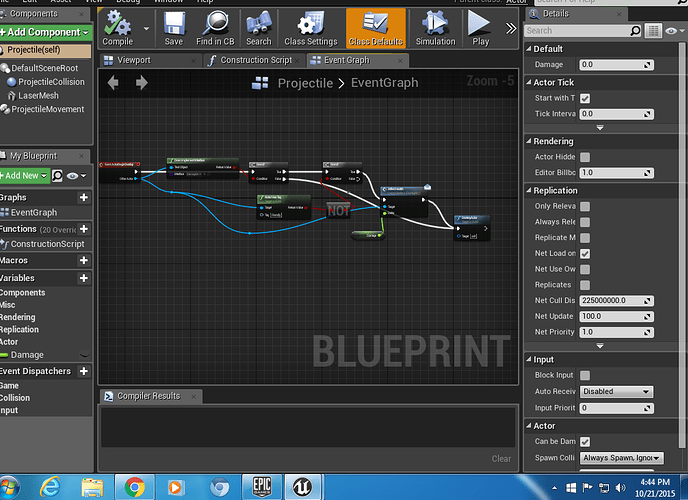 Well yeah - Destroy actor kills it on the spot, regardless of health. and sorry the screenshots were so small i couldnt make out any of the details.

the only other way for the enemy, is onhit, reduce the health by an amount, and in event tick, if health <=0 then destroy actor.

Actually i changed that blueprint but now i made an new one . The new one is already on photo i posted now . the old one is removed .