Why does my Anim Montage stop my AnimBP from working?

I’ve got an Animation Blueprint that looks like this:

So far, the attacks are called via Anim Montage like so: 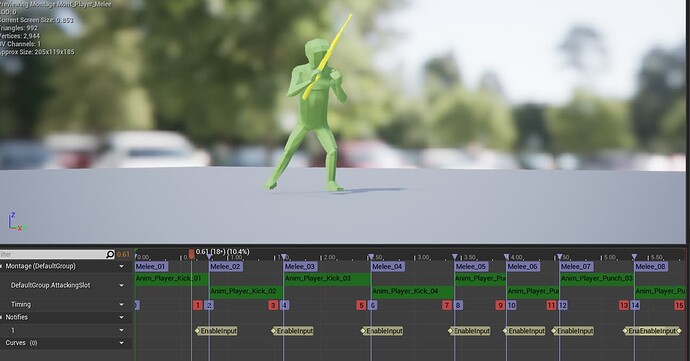 These attacks are called from the Character BP like this: 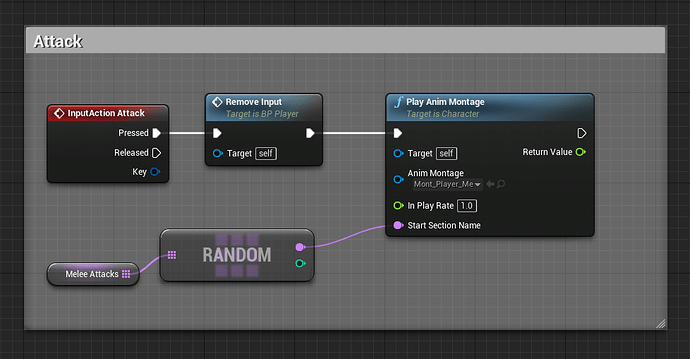 HOWEVER, the problem that I am having is that I am setting up a new montage for actions. The first is to pick up weapons. For some reason, after this montage plays, the Anim BP stops functioning and the character is stuck at the end of the anim montage. He just glides around on that last animation frame and I don’t know why. 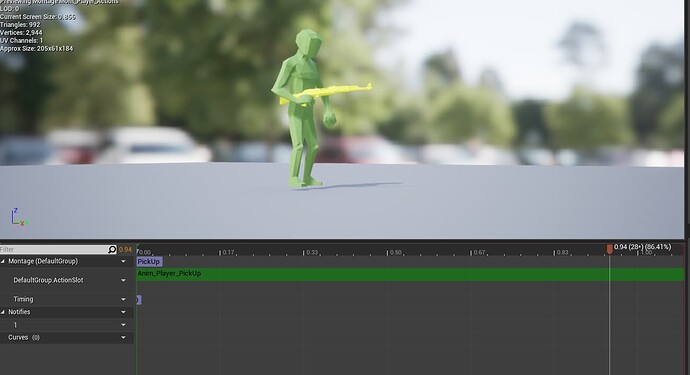 I really appreciate any help! Not sure why it’s bugging out!