Why does it take Game Studios so long to make Video Games?

I literally have made my gameplay mechanics finalized, I know how to add cutscenes, and do level design. I could finish a 10 level campaign game with cutscenes in about 2 months. Why does it take game studios 2-3 years?

While there’s some overhead in a big studio that makes some things take a long time, it’s not as easy as you’re suggesting. You probably lack the skills and the time to do things to a level of quality that the big studios achieve. Also, while you can look at a finished result and figure that it should have taken less time to make, it’s much more difficult to make something when you don’t know exactly what it will look like. For example, Bioshock Infinite took at least 5 years to make, but probably spent 2-3 years on developing the idea before they really figured out what the end result would be. Something like Final Fantasy XV spent many years in development and has a massive amount of unused content due to how their plans changed over the years.

Because they make good games.

An increase in quality and complexity exponentially increases the amount of time and effort you need to put into a game.

Game dev is still such a manual process despite amazing editors / mocap.
How long till we have new procedural tools that bring faster turnarounds?
If NMS licenses its work, its very possible game dev will radically change…

But it has to be said, there’s a lot of bloat behind many Triple-AAA games.
I pretty much skip every cut-scene cinematic, and those must take months.
I also skip a lot of single-player campaigns, for example Call of Duty series.

There’s nothing about the design of No Man’s Sky that would help game development, it’s based on all pre-existing methods of randomization and procedural generation it’s nothing revolutionary, and doesn’t even give that great of results.

There’s nothing about the design of No Man’s Sky that would help game development, it’s based on all pre-existing methods of randomization and procedural generation it’s nothing revolutionary, and doesn’t even give that great of results.

Respectfully have to disagree DV…

And that’s just the beginning: How I Learned to Love Procedural Art

Procedural generation like in NMS does absolutely nothing to help curated experiences like singleplayer games, nor does it work for environments that need to be carefully arranged with competition in mind (e.g. arena shooters). It’s not a magic bullet; it’s expensive to develop and results are often lackluster. Procedural generation is a tool that meets specific gameplay demands, not a substitute for level design.

There’s nothing to license from NMS; the algorithms they have are nothing revolutionary and are specific to their game, ergo useless for most use cases.

Then do it, and prove it. The complete execution of a design, bug free and fun!

@ambershee
Wow, to me that’s quite pessimistic, but ok taking a step back. In UE4 right now…
There’s still a lot manual labor even to create large open-world landscapes + foliage etc…
Aren’t studios going to borrow ideas from NMS and help make this process easier overall?
Plus within the UE4 community, isn’t NMS fueling new ideas that will bring some new tools:

Grand designer, the procedural universe generator V1.0 is out (-15% promotion)...

This is the place to show, share, and link to your stuff!

There’s nothing pessimistic about it. Procedural generation isn’t some kind of a magic bullet that’s going to let you instantly create great game levels. It’s a tool that’s one small part of a developer’s workshop, and the current landscape system and existing tools are generally speaking pretty damned good. NMS’s landscapes are on the whole, pretty terrible - it’s repetitive and entirely lacking any kind of detail. They’re not good for the vast majority of games that want to have more curated experiences.

Tools have come a long way for content generation, things like spline deformed mesh workflow, automatic placement of non-obstructive detail meshes and using new techniques based on things like distance fields all go a long way to allowing people to create better content more quickly - but tools are just tools, and they still need a craftsman to wield them.

Procedural planets and worlds have existed long before No Mans Sky. Minecraft really started the modern large open procedural world trend (at least deserves more credit than No Mans Sky), but large procedural content has existed since the 80-90s since sometimes it was the only way to fit a lot of content on a small floppy disk.

Eventually we are going to see some really advanced procedurally generated level design, there’s demand for it, and algorithms are only getting better.

On the original topic, it’s all about the project management triangle, fast development, polished, low budget, pick 2. Most games are only in full production for 1-3 years, with most of the time before hand being spent with a small team figuring out a vertical slice of what the final game is going to be like. The Binding of Isaac, one of the most successful indie games ever, was made in 3 months by 2 people. The much more polished remake The Binding of Isaac: Rebirth took 2 years and had a larger development team. Also consider you are using a refined game engine, other projects might be building an engine, or having to perform large changes to an existing engine to even make their game possible.

I literally have made my gameplay mechanics finalized, I know how to add cutscenes, and do level design. I could finish a 10 level campaign game with cutscenes in about 2 months. Why does it take game studios 2-3 years?

No idea how people manage to finish a game in a few months, unless it is kind of simple. I work since over a year on my game, and when it begun i thought had finished it by now. However, i came to realize that it will probably take another 1 or 2 years

Basically it is a tedious task. I spent probably 2 weeks only working on animations, that is retargeting, setting up blendspaces, adding notifies, and so on. Or 4 weeks just to “prepare”, “ready” market place assets. Often i have to redo things because of upgrades, or errors, or some change in aspect scope.

Eventually we are going to see some really advanced procedurally generated level design, there’s demand for it, and algorithms are only getting better.

Well that’s all I’m saying… Procedural will be big and it will help speed game dev up.
NMS rekindled fresh interest maybe, but it itself was a nod back to the original Elite…

The ways that procedural generation can help is not the way that NMS does it. There’s stuff like the procedural building generation: UDK | ProceduralBuildings
That helps because you do some work to set it up but then it saves you a massive amount of work later. UE4 already uses some of the same methods that NMS does for landscapes for texturing and foliage, the issue gets to when you go beyond that. 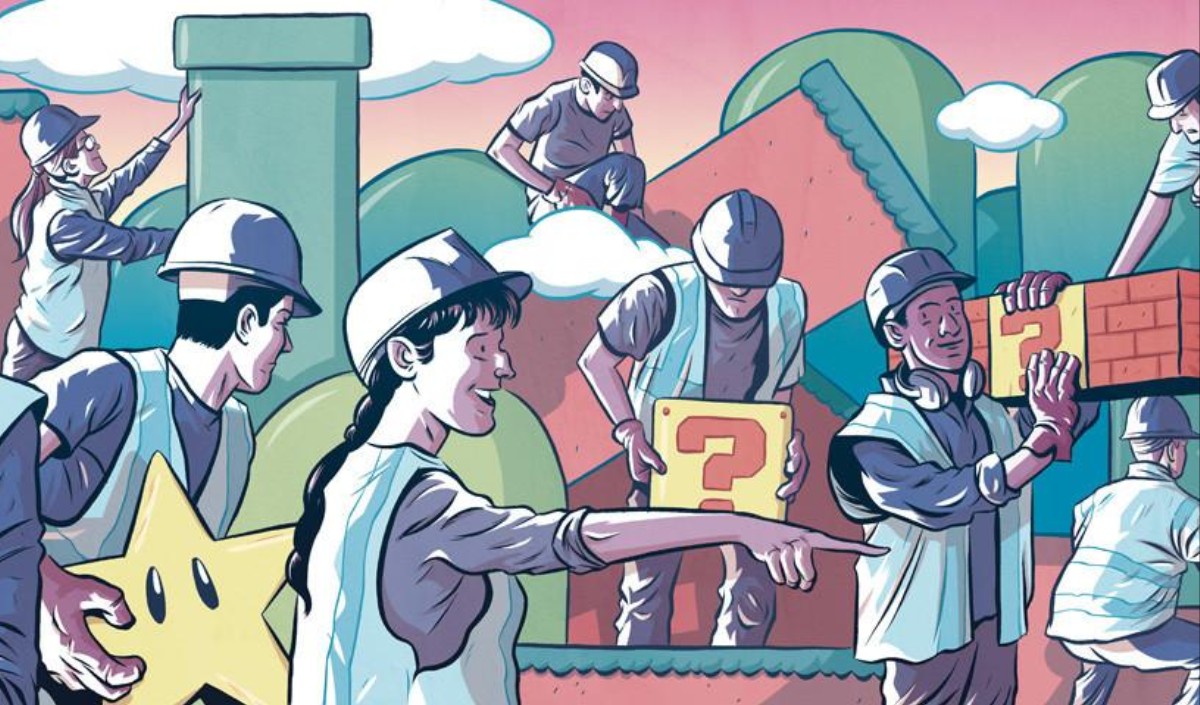 Why It’s So Hard To Make A Video Game

For most of their lifespan, video games look like grey boxes and compromises.

Seems to answer some of these questions.

Procedural generation is already heavily used in-house at AAA studios, and it was before NMS appeared. There’s absolutely nothing special about the techniques used in NMS, it was only extraordinary because they decided to have the vast majority of the game content procedurally generated, instead of just using it in part of the content pipeline.

As to OP’s question:

AAA titles are complex and have a staggering amount of content packed into them these days. The amount of effort required goes up exponentially as complexity increases. You may think you can ‘do’ level design but the reality is that your levels probably aren’t very good. Anyone can ‘make’ levels, but designing good levels is a totally different proposition altogether.

Because they make good games.

An increase in quality and complexity exponentially increases the amount of time and effort you need to put into a game.

Compared to 2-month projects made by amateur developers? There may be a few exceptions of spectacular games made by brilliant individuals, but in general, I’d say you’re much more likely to find a good game coming from a company and not an individual, who made it in a few months.

If nothing else, decent game companies usually set their standards way above what solo developers can even realistically hope to accomplish in a reasonable amount of time. It’s all a matter of time, you simply cannot do the work of 20 people combined 10 times faster than them.

Pick 2 things from the above list. This paradigm works for most design choices and execution plans.

So, most tend to pick Good and Cheap which means it won’t be Fast.