Why are parts of my emmisive and normal maps are missing in UE4?

I’ve been having a very strange and unique problem that no matter what I do seems to persist in UE4. I’m a 3d artist and have a very basic grasp of UE4 and so I have probably missed something more experienced users will probably pick up on.

My problem is that parts of my emissive and normal map seems to be missing after setting up applying my material to the mesh as seen in the included picture. I have tested the mesh and its textures in Unity5, Maya, Max, Marmoset and Subtance Painter from which I exported the maps from. Its works fine in everything else and this problem is unique to UE4 and to be honest Im confused and stuck.

The asset is owned by the studio I work for and the files have been shared for debugging purposes only.
Assets : https://drive.google.com/drive/folders/0B8jp-arNJsYqZ05KY2xna2hoRUE?usp=sharing 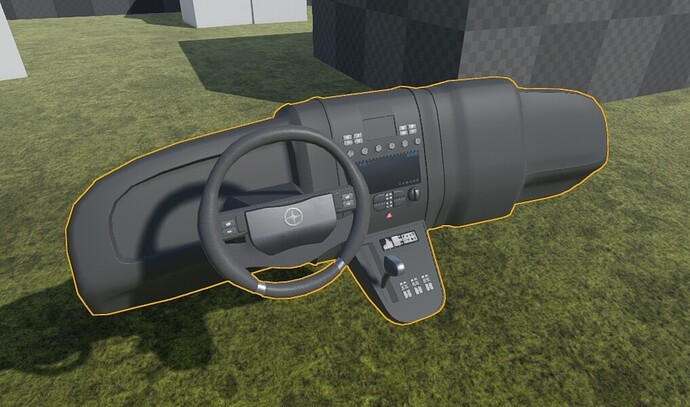 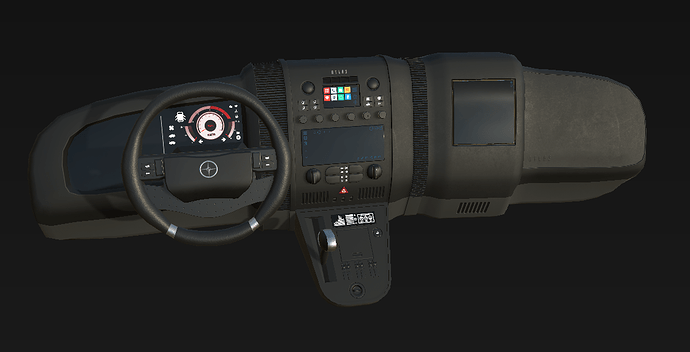 Could you post a screengrab of your material in the material editor? 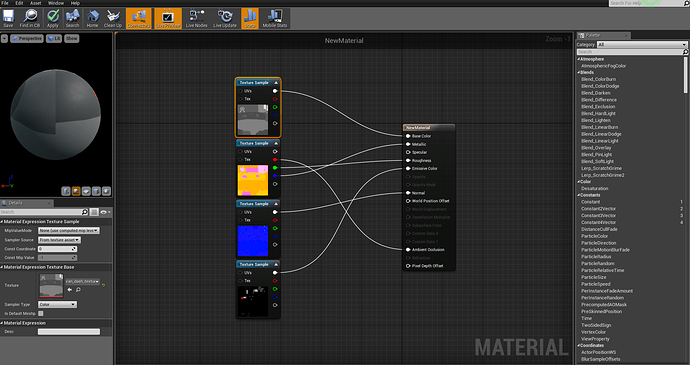 i just plugged them all in

Looking at your two screenshots, I can see that there is MUCH more actual light in the UE4 scene than there is in the marmoset(?) preview. This means that while UE4 might still be emitting the light from your emissive textures in to the viewport, there’s just a lot more actual sunlight than there is emissive light from your texture, making the whole thing less visible.
If you’ve ever tried using an old TN-screen laptop in a park in broad daylight then you’ll know what I’m talking about

The first issue I think is that your emisive textures aren’t duplicated in your diffuse, but this might not be that much of an issue given the second issue: that your emissive texture isn’t being multiplied.
UE4 uses PBR rendering, which means the emissive channel is only outputing 1 lumen(?) of light in to your world. Now, the Sun has a LOT more lumens than that, so only those two screens that I assume are set to ‘metallic’ are emitting properly. You’ve probably noticed that, but haven’t figured out why. This is why.

tl;dr - Multiply your emisive texture by some other scalar value to define how bright you want your emissive parts to be and it should work properly. If it still doesnt work, do that but also put the emisive parts in to your base colour.

You give a texture as emissive color, but no multipliers at all. Maybe take a look at this example:

An overview of the Material Nodes example level, example 1.5: Emissive.

Play a bit with this then it becomes pretty clear from the example how this works. Without even trying the model/texture - something seems to be wrong anyways since the “ATLAS” logo and the two top buttons don’t appear - these shouldn’t be glowing anyways, right? Also build lights and run the runtime, some stuff looks more simple in the editor than in the actual engine (For performance reasons).