Why am I receiving errors in a newly generated class?

I’m just learning how to code in UE4 (coming from Unity) and followed this tutorial: https://docs.unrealengine.com/latest/INT/Programming/QuickStart/1/index.html, but as soon as I generate a new class via “Add code to project” from the UE-Editor and open it up in VS2013 Express Edition I get some errors after VS compiled all the includes. I changed nothing in the code and therefore I’m absolutely clueless where the problem might be…
In addition auto completion isn’t working, but as I read this is a common problem with UE that has not yet been solved except using an add-on you have to pay for?
I hope you can help me, here are two images (the .cpp and the .h) with the errors that are shown: 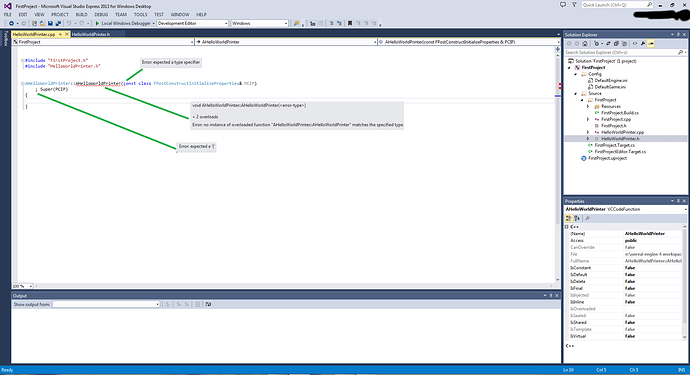 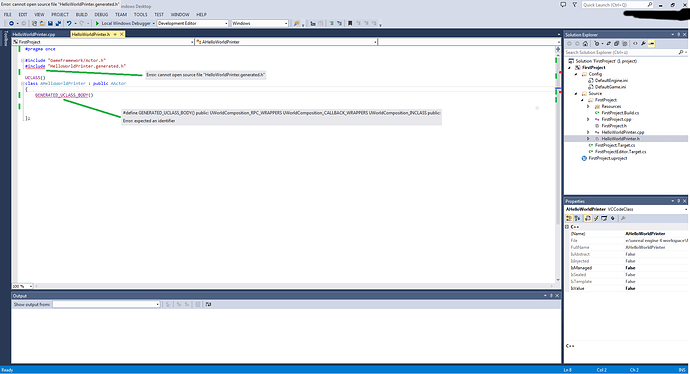 Thanks in advance,
Taces

For those who are having the same problems:
I don’t exactly know if this was the solution but it’s working now, the errors are gone and the auto completion works as well: I read in an other thread that building the project ones would generate the “.generated” files and therefore solve those errors, so I built the project and it’s working