I am an Environments TD, using UE4 on a daily basis.

Wondering if anyone has any recommendations for the best RTX3090 to use, the Founders Edition is hard to get a hold of but I have an option to grab one of those …

Which one do you guys think will perform best? or should I hold off for the founders?

Let me know if you have any thoughts or experiences, appreciate your time…

Still waiting on a reply guys

Hello, I have the MSI Suprim X 3090 for a few days, before I had the 1080TI so far I noticed it doubled the framerate on my heavy scenes. I also can say I need to add fans to my case because its heating alot. No much response … not a lot off people have a card like this

I am an Environments TD, using UE4 on a daily basis.

Wondering if anyone has any recommendations for the best RTX3090 to use, the Founders Edition is hard to get a hold of but I have an option to grab one of those …

Which one do you guys think will perform best? or should I hold off for the founders?

Let me know if you have any thoughts or experiences, appreciate your time…

What would be so intensive it would require a 3090? But, if you really need that kinda power, the forums will not help you, it is best to look elsewhere, likely in the overclocking community, as 3090s are a bit tricky to get your hands on. Heres a link to a list of 3090s if you want to try and make an educated guess. NVIDIA GeForce RTX 3090 Specs | TechPowerUp GPU Database

Sorry I just saw your reply, actually I work on Fortnite game trailers…and working remotely I was trying to decide on which version to get.
a 3080ti wouldn’t even open our scenes…anyhow I got the founders edition at the end

And does it actually work?

I have literally seen only negative topics about how the 3090 is only causing problems for the few who have them.

All of that is aside from the fact that having to spend $2k or more on a gfx is nuts as a general principle, and that feeding scalper trolls by buying them is about as useful to humanity as Yellowstone erupting or a meteorite of 5km hitting the globe…

Oh, and @Bits360
World Composition alone.
9tiles of 8km fills the buffer for a 1080ti with added vram. So maybe a 3090 could potentially handle something like 20 tiles… even that is probably still pushing it.
But it would help when working on splines for instance. If you are silly enough to do it in world composition instead of placing actual spines in persistent.

Well here is what I can tell you, I bought a brand 3090 the Tuf Gaming edition from Asus for work as I mentioned before

And within 6months it has totally died on me

Lack of compiling shaders on its part.

For us 3090s are the only way we can open our project files and render sequences from.

Anything below that won’t run at all.

I borrowed a Titan RTX from work and it totally lacked in performance ! Amazing how for the price it was so powerless.

Back on the titans / 1080s they would cut the heat by 40% and mad eit possible to overclcok as well.

Doing it when you have never done anything like it before is probably like playing a majestic game of operation that can cost you $3k though.
Perhaps bringing it to a professional in that case would be best.
Then again, there’s probably youtube vids on that too.

In my opinion. It’s worth it just to get the fans not to spin all the time…

Interesting it was Asus vs others…
So, yet another failure from Asus…

Is this hardware enough for development with both Visual Studio and Unreal Engine?
EddieTarik September 10, 2021, 7:46am #10

Yep super sad that this happened!
Have had the founders only a few days and the bench marks for it are lower than almost all the rest but hoping it performs best with unreal !!

Thank you so much great advice
I will look into that

Never had an Asus just fail on me.

A Radeon from FXF literally burned onto my mobo, around 12 or 13 years ago.
To the point I had to chisel it out to be able to RMA it.

However between covid (lies about production) and issues with lack of manufacturing, it’s not uncommon to get this sort of bad QA even on big ticket items. 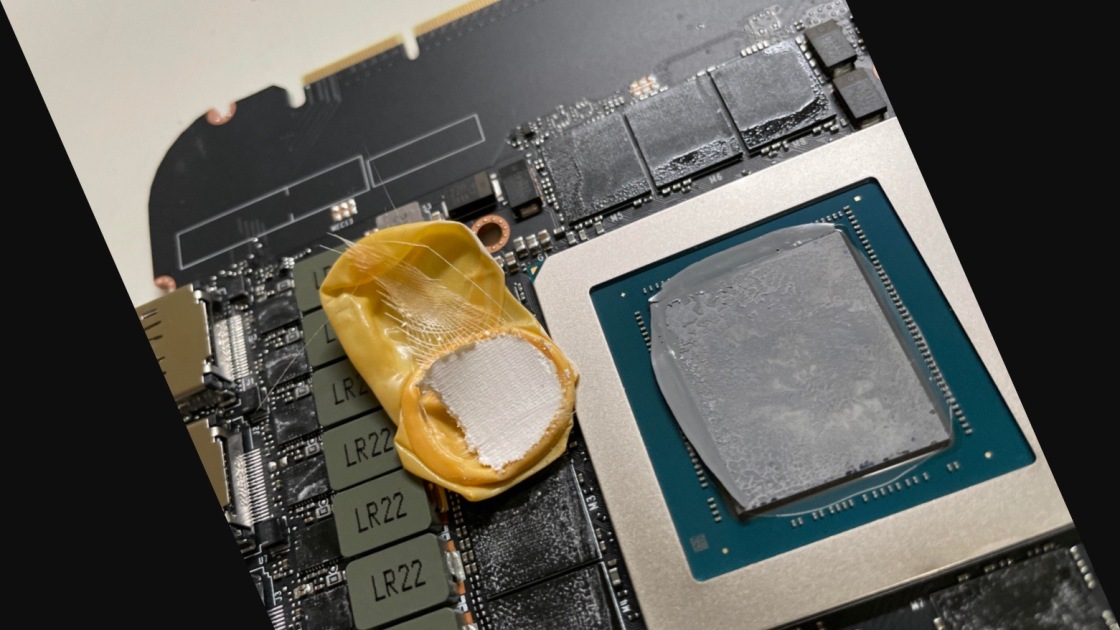 Antony ter Horst discovered the object inside his RTX 3090 Founders Edition card after he was trying to figure out why it was running so hot.

That’s aside from the fact that if you bench it, and you realize the temp is too hot you can take it apart yourself and use better quality thermal paste
(Proabbly what the guy in the article tried).

Let me spam something that no one can buy anyway XD
https://www.asus.com/Motherboards-Components/Graphics-Cards/ASUS/RTX3090-24G-EK/

Looks cool, but its for a custom loop. If you aren’t into water cooling it’s a heck of a lot more work to maintain compared to a hybrid with a closed loop.
(Closed loops don’t almost ever leak either)

Either your doing offline rendering/very heavy archviz in engine, or your game is going to bomb.

MSI 3090 here for 6 months or so. Let’s not talk about what I paid for it. Works extremely well on UE 4.26 and UE5ea. Though my projects are not huge. I paired it with a 5900x cpu. Decent performance. Really it’s only the 20gb memory over the 3080Ti’s 12gb. Other than that the 3080TI is very close to it. Keep an eye on temps when you first run them - but zero issues with mine so far. Any of the major brands should now be ok. If you find either at a not-insane price… get a lottery ticket as well!