Which GPU is used inside Unreal Editor ?

Which GPU is used inside Unreal Editor ?

Where to see inside Unreal Editor which GPU is used ?

How to select GPU for Unreal Editor ?

It seems the r.GraphicsAdapter Setting is not working properly, how to fix that ?

You should be able to set your better GPU as preference in the desktop settings.

Also, you can disable the onboard GPU in the BIOS.

Thanks ClockworkOcean! When I go to NVIDIA System Settings and open Control 3D Settings and open Application Settings Tab and add there D:\Content\Epic Games\UE_4.27\Engine\Binaries\Win64\UE4Editor.exe there is no setting within the List to setup which GPU should be used. Also if I rightclick D:\Content\Epic Games\UE_4.27\Engine\Binaries\Win64\UE4Editor.exe and select Render OpenGL on / Quadro RTX 4000 that doesn’t do anything. It still uses the other GPU. Turning off the “Onboard” GPU which is not an Onboard GPU doesn’t make that much sense because my Monitor is connected there. And not sure If I can disable a PCIE GPU in the BIOS.

Is there any way to see which GPU Unreal uses ?

Even when I change the DefaultEngine.ini it uses the other GPU. 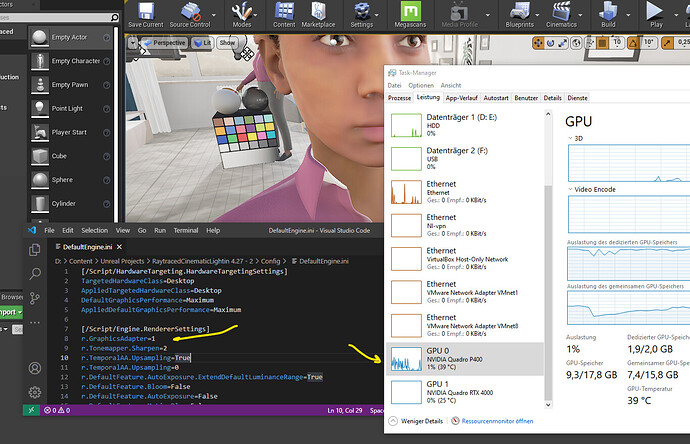 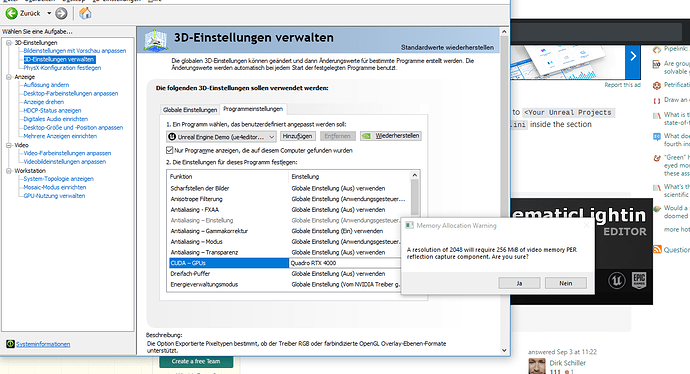 Can you explain how that works “You should be able to set your better GPU as preference in the desktop settings.” ?

Also changing the Main Profile of the PC inside NVIDIA Settings doesn’t do anything. 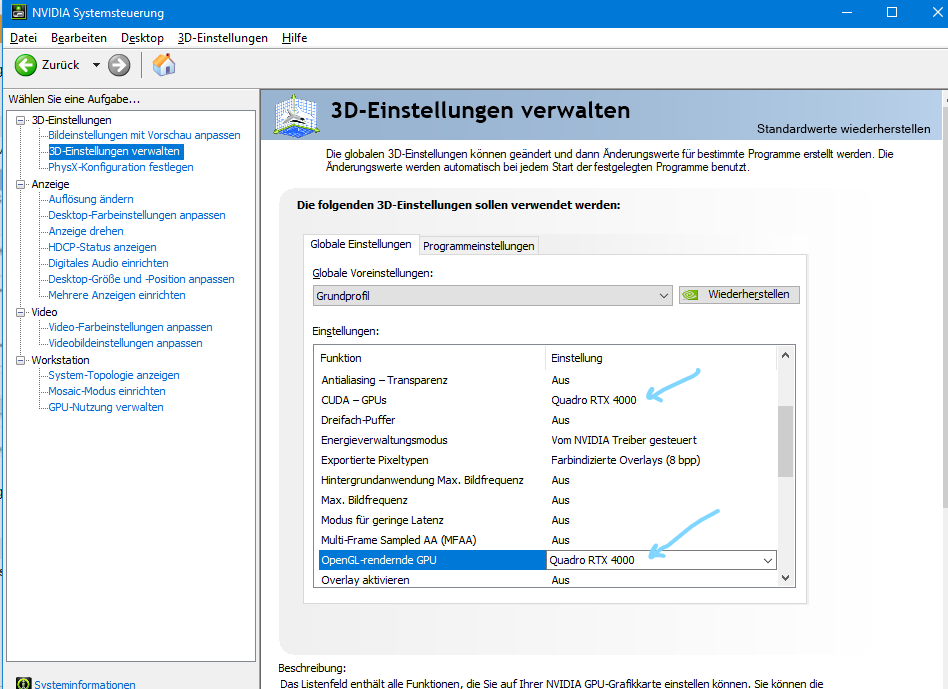 Also restarting the machiene after all those changes no change inside Unreal Engine. Someone has any knowledge how to change the GPU ?