Where's the Root Motion Enabled in my AnimMontage?

Hi Guys, I’ve been dealing with this root motion problem of mine for a day now and I sincerely don’t know why I don’t see The Root motion tab in my Animation Montage. I’ve followed the videos and documentation here, but as of right now I don’t see the tab (Screenshot included) 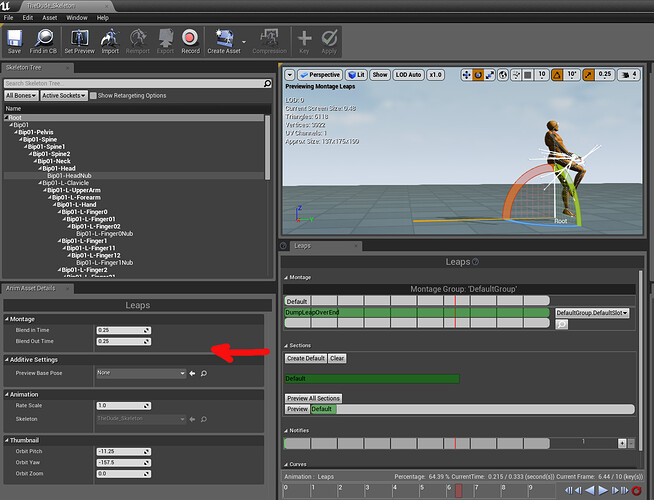 Can Somebody Figure this out?

Was this never answered? I have exactly the same question

well I did find the answer somewhere in this hub, Since 4.6, they transfered the root motion menu in the animations themselves. But there’s no actual documentation on how to make it work since this change. I’m playing around with it now cause i’ve had a few bugs.

It’s no longer in the Montage settings, It’s now in the individual animation asset, Turn it on via there then go to your animation blueprint and in the settings on the bottom-left (Make sure you’re in Edit Defaults and not Edit Preview!) and select the Root motion mode you need.

Be wary, if you want an animation that involves animation in the Z-direction (Jumps .etc), know that your character has to be in the flying mode for the duration of this Z-animation.

I’ve updated to the documentation and shipped it off a little while ago so the changes should come up soon!

I’m using UE4.15 and I no longer see the Root Motion category in the individual animation assets. I know there was a large Animation update in 4.15, do I not need to select that checkbox anymore? 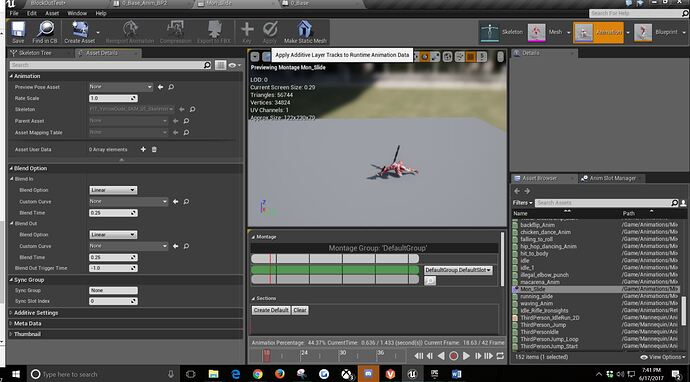 why is this listed as Resolved? it is not. The Root Motion category is no longer shown in the individual animation assets, and the question remains, how do we turn it on or off, because this is also causing a problem with retargeting and a ragdoll montage I am trying to use.

Exactly. I would like to chose which animation have root motion and which don’t have.