Where is the BLUE "Get Distance To" node in blueprints?

Hey yall, I am completely new to blueprints and I need some help. I’m trying to make some butterflies flutter about randomly in the overworld, so I made some target points and wanted to make them randomly move between them, but the issue comes when the butterflies need to switch target. I followed this tutorial and it was going great until around 6:52. The video uses a blue “Get Distance To” node, but I can’t see that one anywhere in Unreal. I’m only able to get a green “Get Distance To” which won’t hook up to the “SetActorLocationAndRotation” node.

Anything I can do to get around this…? Or perhaps a better way of making butterflies altogether? 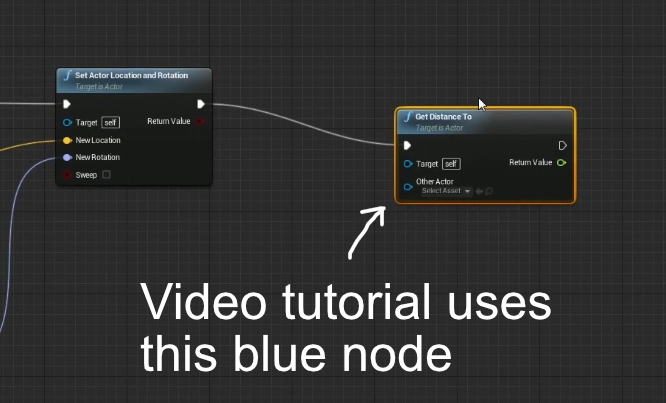 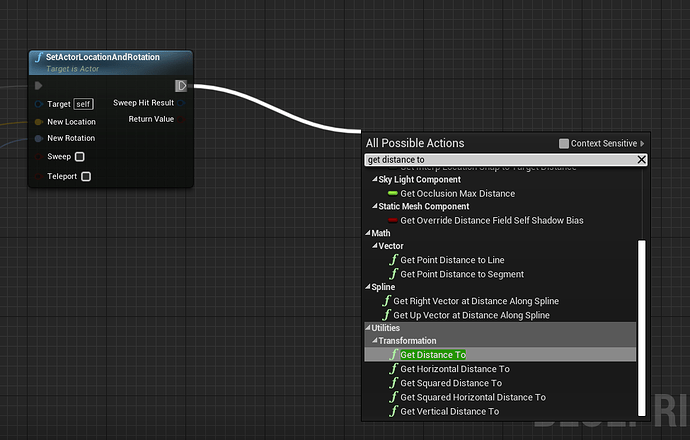 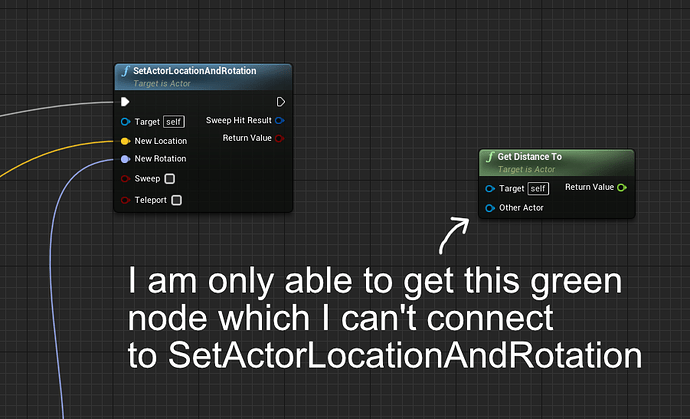 And yeah, unfortunately I couldn’t find anything newer.