Where are the default key bindings defined/documented in a blank blueprint project? 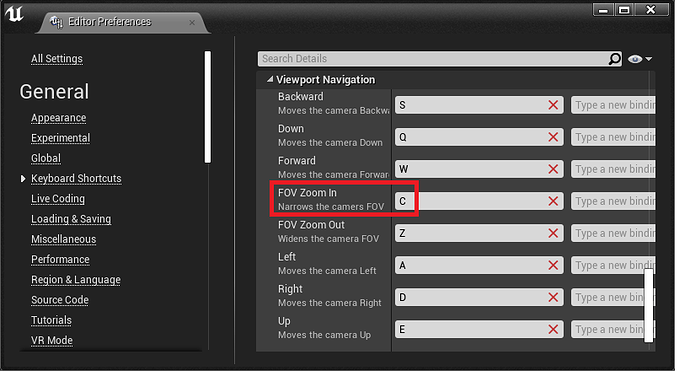 but I have doubts since the bindings are different for some keys, e.g C moves camera down, Z does nothing. Where can I find the default key bindings?

Someone suggested the default keybindings should be in Project/Config/DefaultInput.ini but this file does not exist in my blank blueprint project. Despite that, there are some default kindbindings as described above. Another project I am working on has a DefaultInput.ini file containing customised bindings defined by the developer but not the default W, A, S, D, etc.

This is config layers from first use to least (assuming we talking about single class containing varbales):

-in Project/Config with Default prefix

-in Engine/Config with Base prefix

-Class defaults wither in blueprint or hard coded in C++

@Shadowriver I did find a struct object EKeys in Epic Games\UE_4.23\Engine\Source\Runtime\InputCore\Classes\InputCoreTypes.h which appears to define the inputs that could be bound. I checked MyProject\Config\Default*.ini and MyProject\Saved\Config\Windows\EditorPerProjectUserSettings.ini but I can’t see the actual bindings.