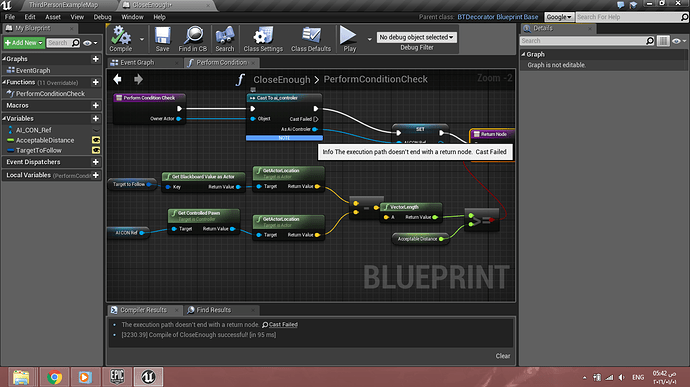 That needs to go somewhere.

Hook the Cast Failed path to a copy of the the Return Node.

Should at least fix that issue 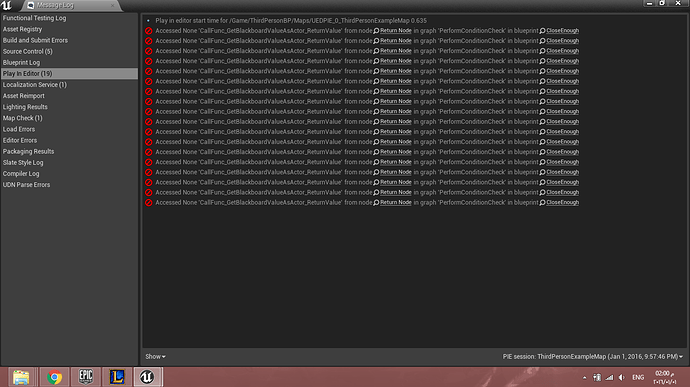 now i get this error

That error is about the GetBlackboardValueAsActor() node failing because it is trying to access something that is None.

By the looks of your setup, TargetToFollow is the only thing I see going into a GetBlackboardValueAsActor() node, so I’m guessing TargetToFollow has not been set at the time this function is called.

so what should i do?

Make sure TargetToFollow is valid first

I have no idea what the AI tutorial you were following says, but chances are, it will have a point somewhere in it in which the TargetToFollow variable was set.