What type of Games do Girls and Women Play? Ladies Please Answer...

I am intresseted in a ladies answer to know what games they like to play?..

Soo Ladies or someone that has a GF, sister, mother or know of any other Female person that plays games, give some feedback on “What games do ladies play!?”

My girlfriend likes MMOs, management games such as Cities:Skyline and more or less any co-op adventure game. I think you’re going to get vastly different responses, I dont think there is a certain genre that girls play more.

Gamer girls (not the casual kind) seem to play largely the same type of game guys do. Many even seem to rage quite a bit as well when things aren’t going their way.

There isn’t a certain genre.

They couldn’t differ more from each other.

Also we don’t have much girls here in the UE4 community. Better make a game YOU like than making a game others like.

My gf used to play a lot:
-Syphon Filter 1/2
-Mortal Kombat
-The Sims

My Fiance likes Sims, Sim City, and the old Age of Empires.

She also tends to play games like Abes Odyssey and is fairly addicted to the earlier Resident Evil games.

My girlfriend has bought almost everything from Tell Tale games, especially the episodic dialogue based games.

What is a girlfriend?.. I don’t even kn…
I think the female gender these days are “more” attached to mobile games such as Clash of Clans etc. At least from where I see. 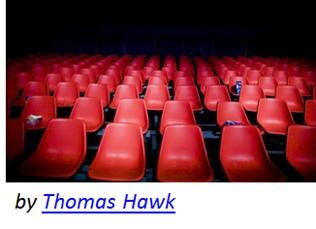 Here's the Real Reason There Are Not More Women in Technology

The first time I questioned the conventional wisdom about the nature of women in technology was almost 20 years ago. I had assumed, rather clumsily, that women were not interested in technology because – well – there were not many women in...

The Real Reason Most Women Don't Go Into Tech

Why aren't there more women in technology? it's about choice.

I am curious about the game market, and am looking for info. at the source.

That would be The Sims, Counter-Strike, League Of Legends, Farcry 4, The Walking Dead and Two Brothers.

May I ask why this question is relevant?

The last time I checked, I’m pretty sure that people are people and play the games they like; They shouldn’t be segregated via race, gender and the usual hoohah.

I’m sure it’s all down to personal preference on the person’s preferred games.

^This, but to answer the question from my gaming experience as a girl: Elder Scrolls series, Borderlands, Telltale’s Walking Dead/Game of Thrones/Wolf Among Us, Life is Strange, Pokemon, Halo, Legend of Zelda, Soul Calibur, Final Fantasy, WoW…pretty much games of every genre~

My Girlfriend loves Nazi Zombies, that’s pretty much all she plays COD for. Blops is her fave. That and minecraft. Haven’t succeeded in getting her into Dark Souls yet…

Not a single answer from an actual girl, just their other halves

There’s quite a few girl streamers on twitch, it’s seems RPG and strategy games are mostly what girls play. My GF doesn’t play video games at all, which is why I started doing YouTube videos with her to hear a non gamers reaction to games. Out of every girl I’ve ever known it seemed it was only really the punk, goth type girls played video games.

I like a wide variety of games, a lot of it depends on my mood. Women that already play games aren’t really the ones that need convincing. There is a huge untapped market of women that don’t play games.

For a large number of people they see video games as:

As we all know games do not have to be any of things. When I was a teen I wanted the game ‘Commandos’ for my birthday. My mum thought it was a little strange that a teenage girl would want such a game. Yes there was violence, but it was more about strategic thinking, and problem solving. Women who regularly play games see past those issues, and are generally of the type that don’t give a hoot what anyone else thinks.

The games that women overwhelmingly play are of the casual variety. To me these games should be used more as stepping stones to more complex style of game play, that might be a way to get women playing. Women often don’t have recreation time hence the appeal of casual games.

I like to know “What games are Women doing with the UE4 Editor???”

short answer, the same as men:)

just for an example check out celplays